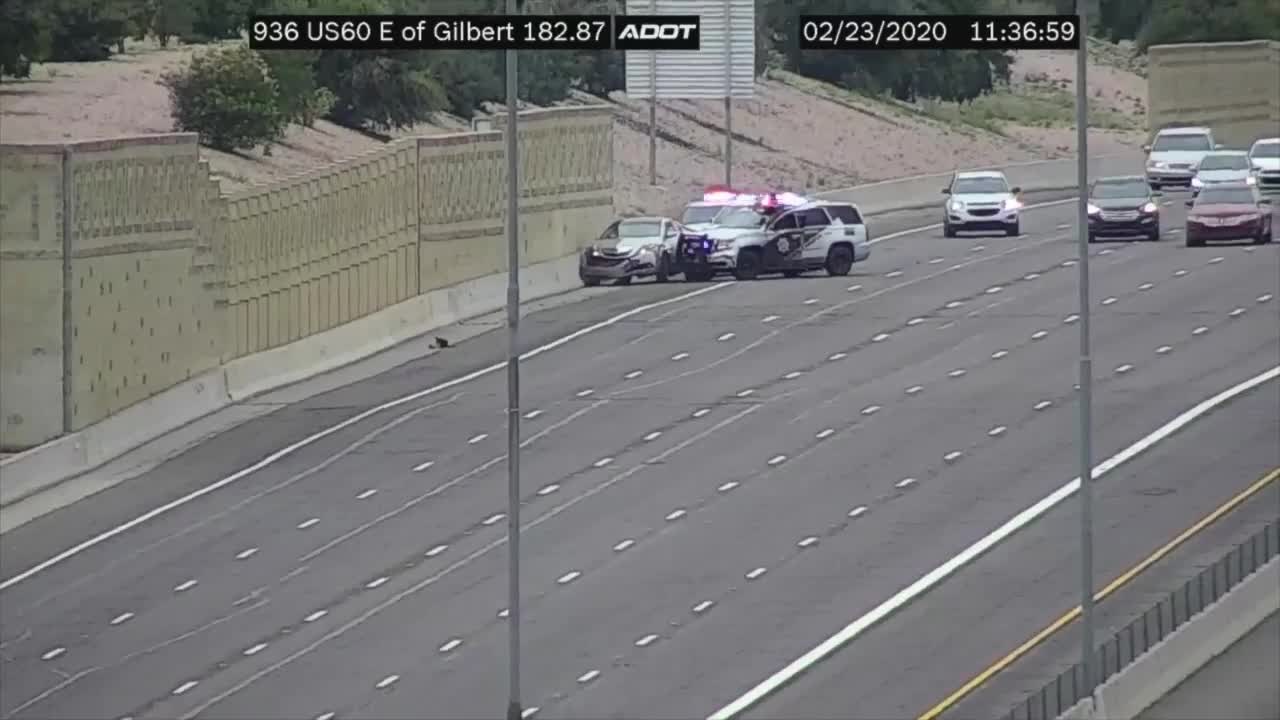 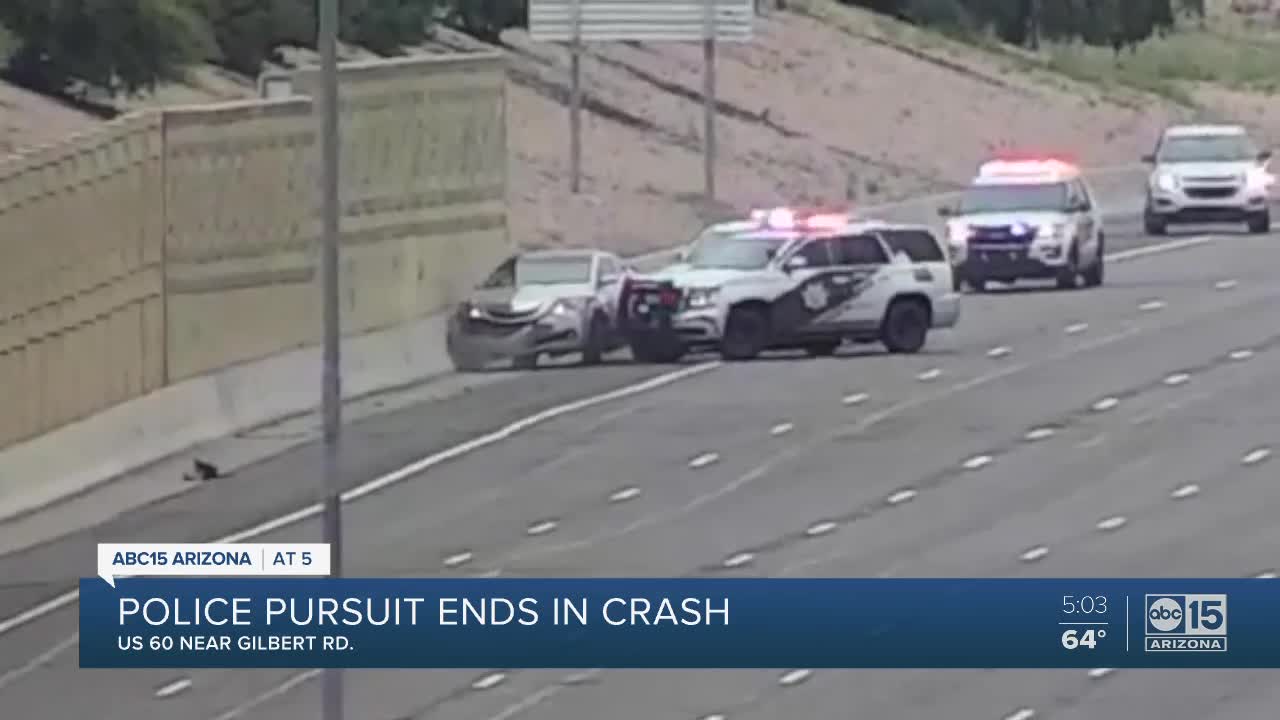 MESA, AZ — A police pursuit on US-60 and Gilbert Road ended with a suspect in custody.

The Department of Public Safety says it started around 11:30 a.m. Sunday when troopers attempted to stop the driver going westbound on US-60 but refused.

In video captured from ADOT cameras, the driver can be seen turning around, going the wrong-way for a short distance, nearly hitting oncoming traffic and then turn around again to go the correct way of traffic.

A short distance later DPS troopers were able to stop the driver when the vehicle crashed into a wall. Details of injuries have not been released.

We are told the driver may have been involved in a hit and run crash in Chandler or Mesa.