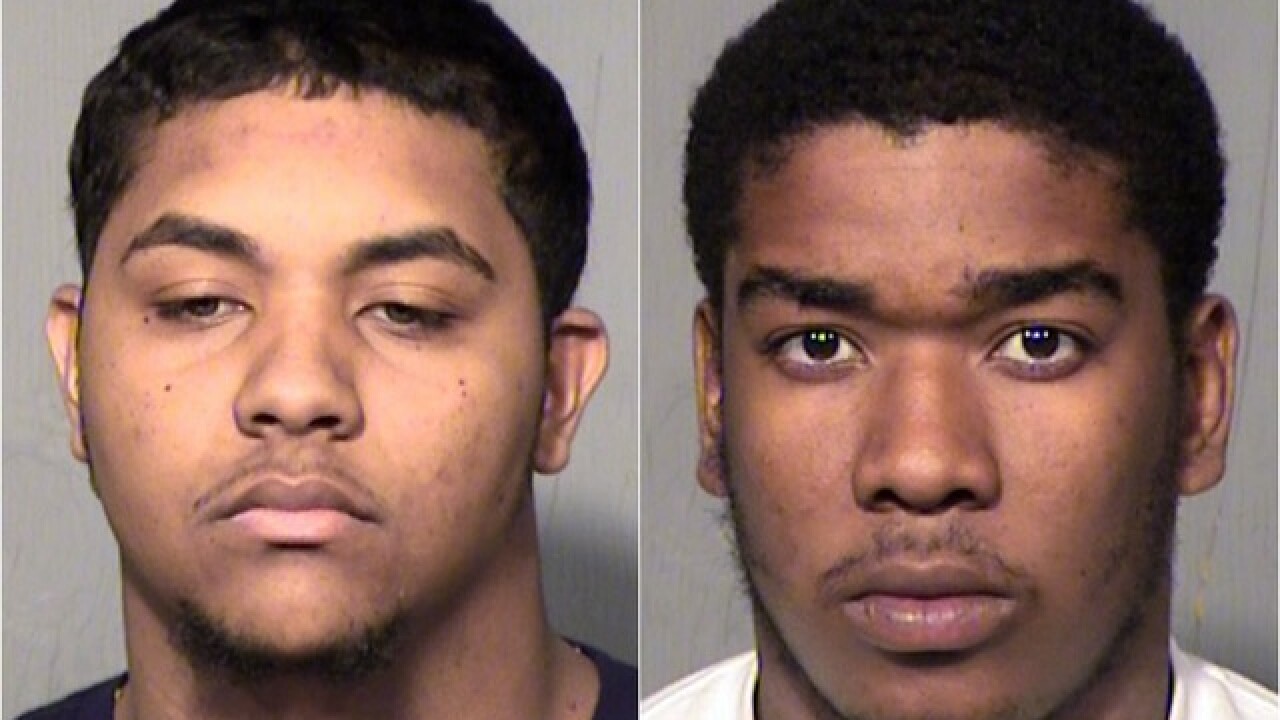 Authorities say two men have been arrested after a deadly shooting at a south Phoenix gas station earlier this month.

On May 4, officers were called to a Valero gas station near 51st Avenue and Baseline Road and found a man who was shot in the head.

According to official paperwork, witnesses told detectives that the man was in a white Chevy Malibu that was parked near the convenience store’s front door when a second white sedan pulled up and multiple men surrounded the victim’s car.

The man was seen by witnesses moving from the front to the back seats in an attempt to “evade an imminent shooting,” court documents said.

The victim’s brother, who had been inside the store, came outside to intervene and the victim ran inside, court paperwork said.

The man stopped once he was inside the store and Alejandro “Alex” Rocha approached him from behind and shot the victim multiple times, court documents said. Afterward, the alleged shooter left the store and shot several more times, striking the victim’s brother in the buttocks.

Officials combed through security footage after the shooting and discovered a minute after the victim pulled into the gas station, a grey Chevy Impala parked at a gas pump, court paperwork said. Two men went inside and waited near the back of the store.

Multiple other cars arrived in the parking to as well, including a white Buick, court paperwork said.

Shortly after, three men were seen getting out of the Buick and running toward the victim’s Malibu, court paperwork said. Multiple passersby ran from the scene and the victim’s brother was seen coming out of the gas station to confront the armed men.

According to court paperwork, the man ran to the grey Impala in the parking lot where the driver was waiting for him.

Later on that same morning, the victim’s brother told detectives he was shot by the suspect but was able to run away from the scene, court paperwork said. The man went back to the store afterward and saw his brother was dead.

Investigators received multiple anonymous tips from people who identified Rocha and a second person, Daveon Riley, as suspects in the deadly shooting.

They were both booked into jail on first-degree murder charges.