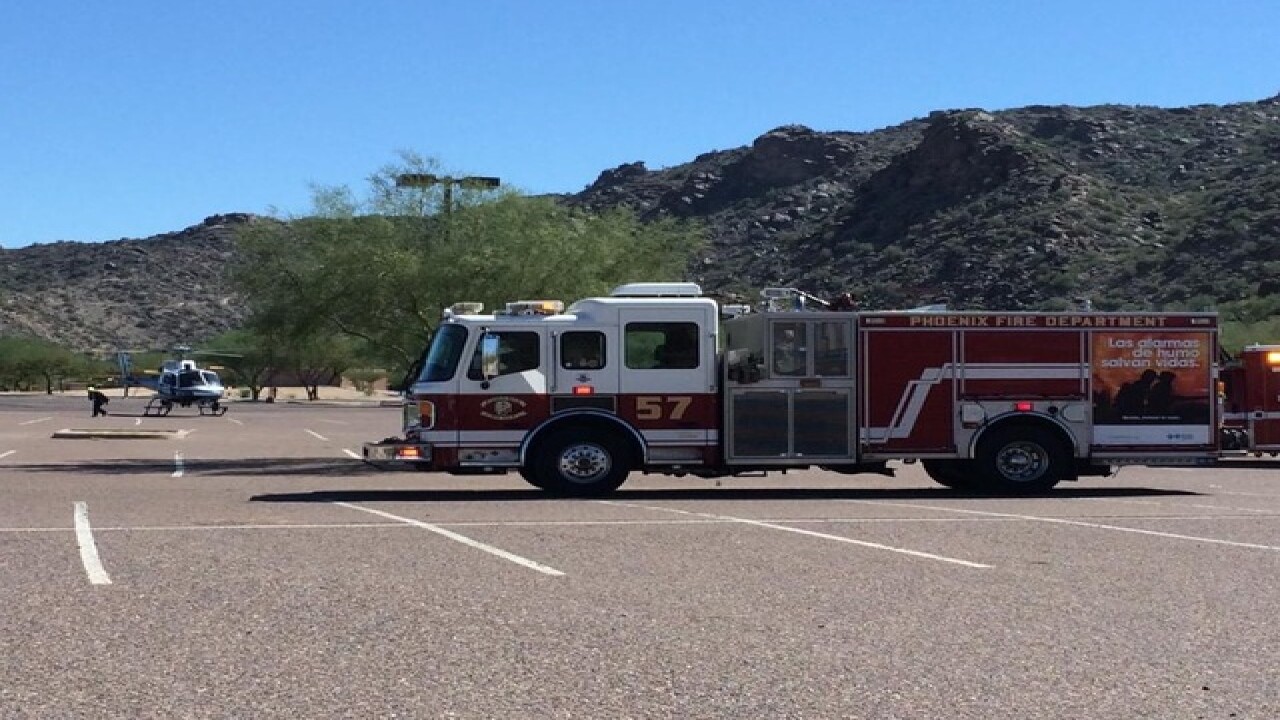 Phoenix Fire responded to the north side of South Mountain around 10 a.m.

The hiker, a man in his fifties, called authorities from one of the trails where officials were able to locate him after a search by ground and air.

Fire Captain Aaron Ernsberger says the hiker was prepared for the hike and was able to aid rescue crews with his location by having a charged cell phone with him.

The extent of his injuries is not yet known.

With temperatures going down as Autumn settles in the Valley, Phoenix Fire expects an increase in snake bite calls.