Police looking for man who robbed Extended Stay in Phoenix 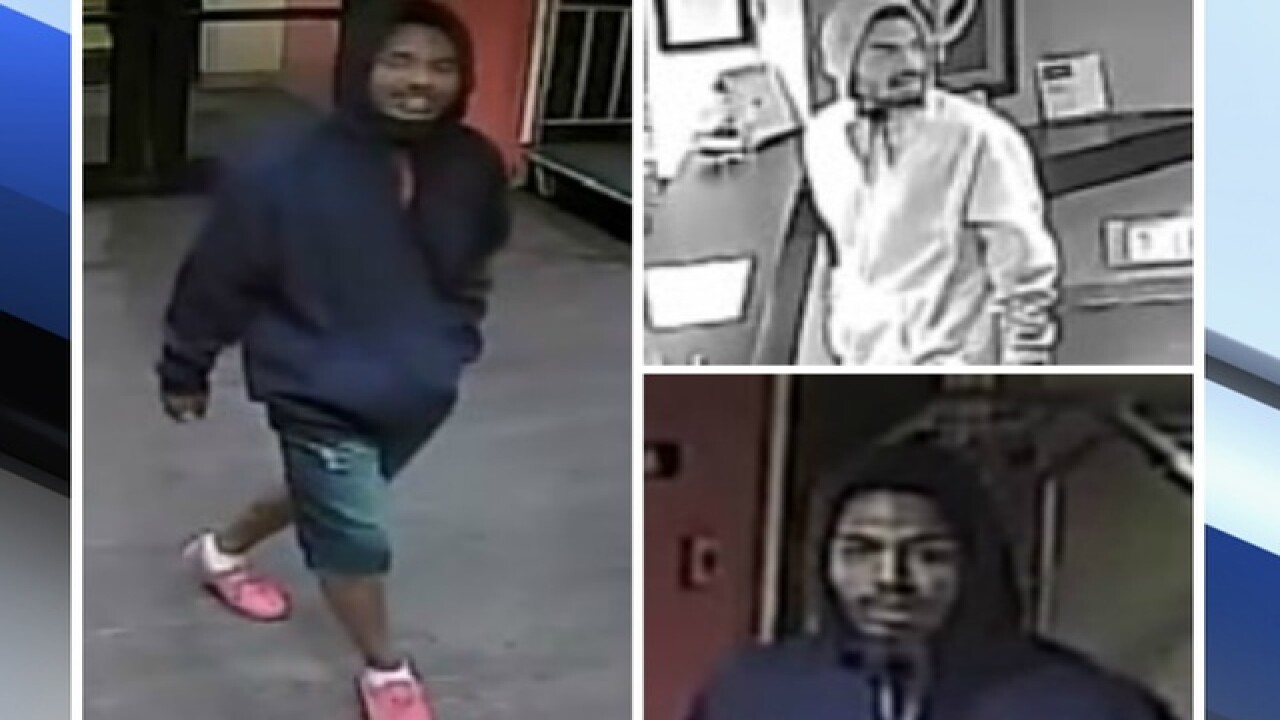 Phoenix police is looking for a suspect who robbed an Extended Stay back in October.

According to police, the suspect entered the building around 9 p.m. on October 22 near Elwood Street and University Drive.

Police say the suspect approached the clerk and showed a gun before demanding money. The suspect then walked out the front door after the clerk handed him the cash.

The suspect is described as a black male in his 20’s, roughly 6 feet tall, 160 pounds, with a trimmed goatee. He was seen wearing a blue hooded sweatshirt, blue faded jean shorts, and was armed with a black handgun.

No vehicle was seen.

Anyone with information should call Phoenix police or can leave an anonymous tip at 480-WITNESS.