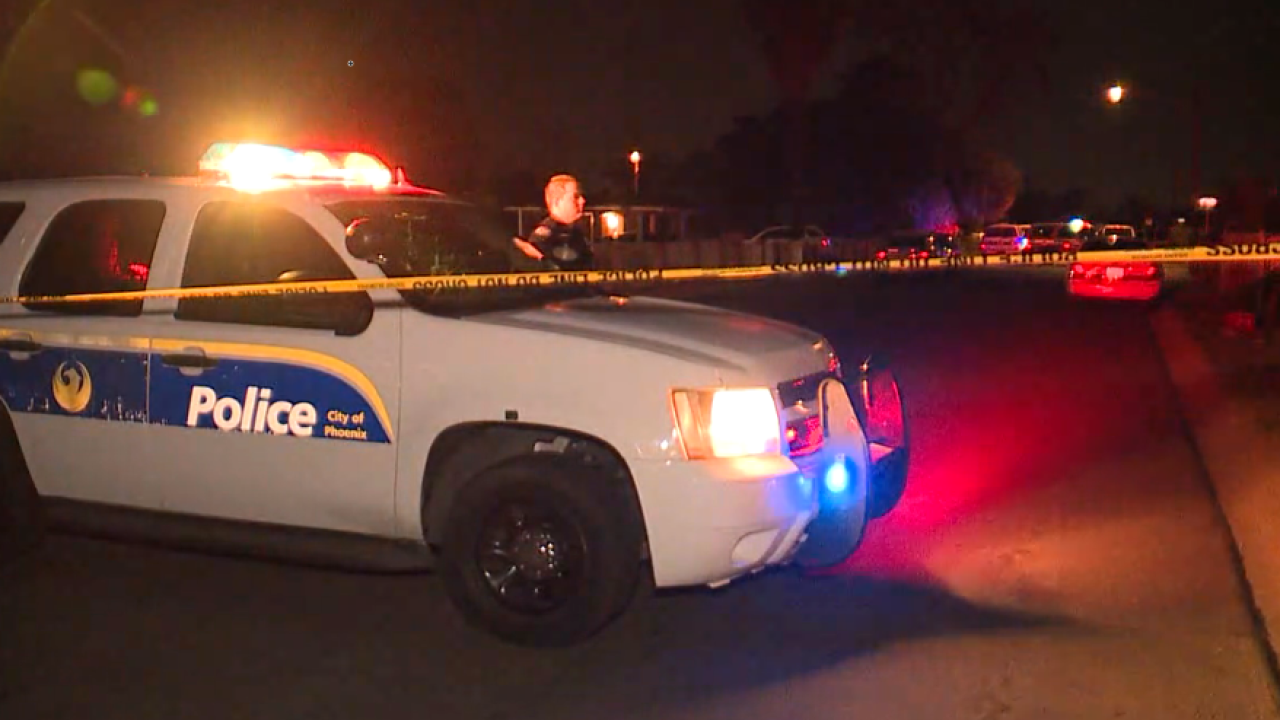 Around 8:30 p.m., officers were called to a convenience store near 16th Street and Southern for a shooting call.

A witness at the scene told police the victim, Jesus Guzman, 43, was shot at a home nearby and dropped off at the store.

When officers went to the home, they set up a barricade, but no one was inside. Authorities say evidence of the shooting was located inside the home.

Guzman was transported to the hospital where he later died from his injuries.

Police say the suspect or suspects are outstanding at this time.

If you have any information, please contact Phoenix police.