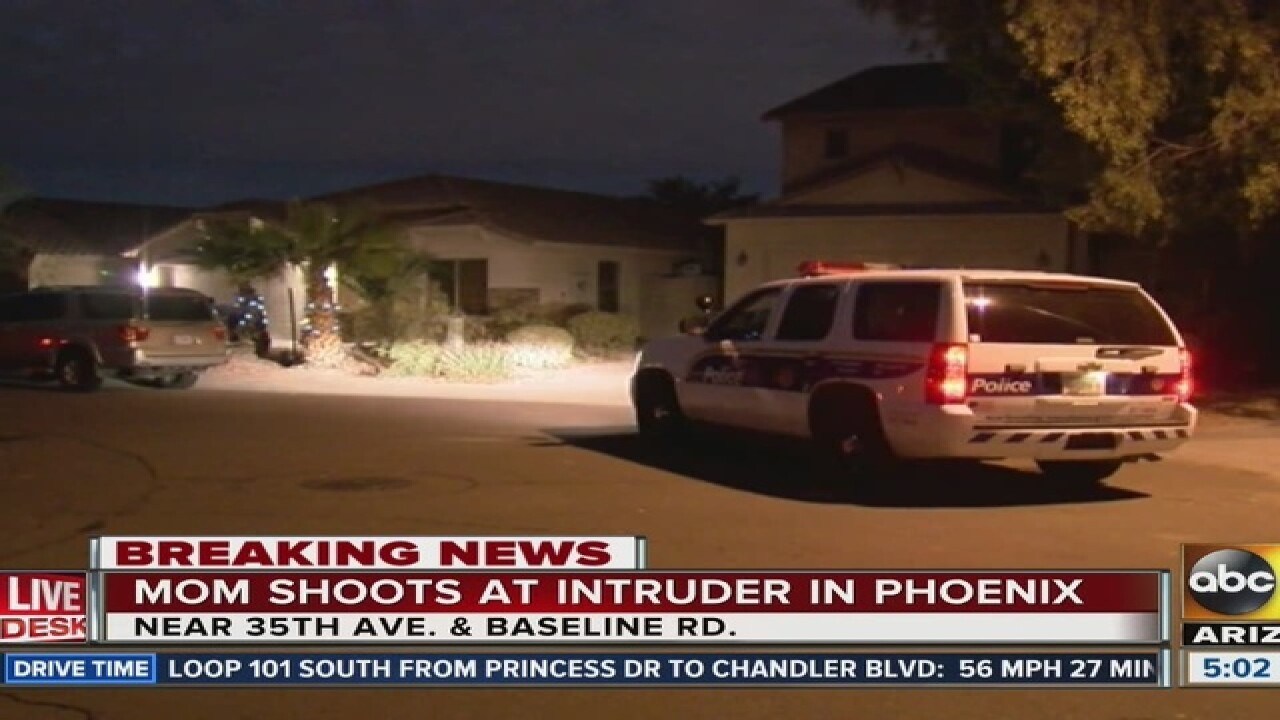 A woman and child are okay after a suspect attempted to break into their South Phoenix home overnight.

The incident happened just before 2 a.m. on Wednesday in the area of 35th Avenue and Baseline Road.

Police say a woman woke up to the sound of a man breaking into the back window of her home. The woman grabbed a gun and fired in the direction of the man attempting to gain entry.

It does not appear the suspect was hit by the gunfire, and the suspect fled the scene. It was not immediately known if the suspect left the area on foot or in a vehicle.

The female homeowner and child in the home were shaken up but physically unharmed.

No other details were immediately available. Stay with abc15.com for updates.