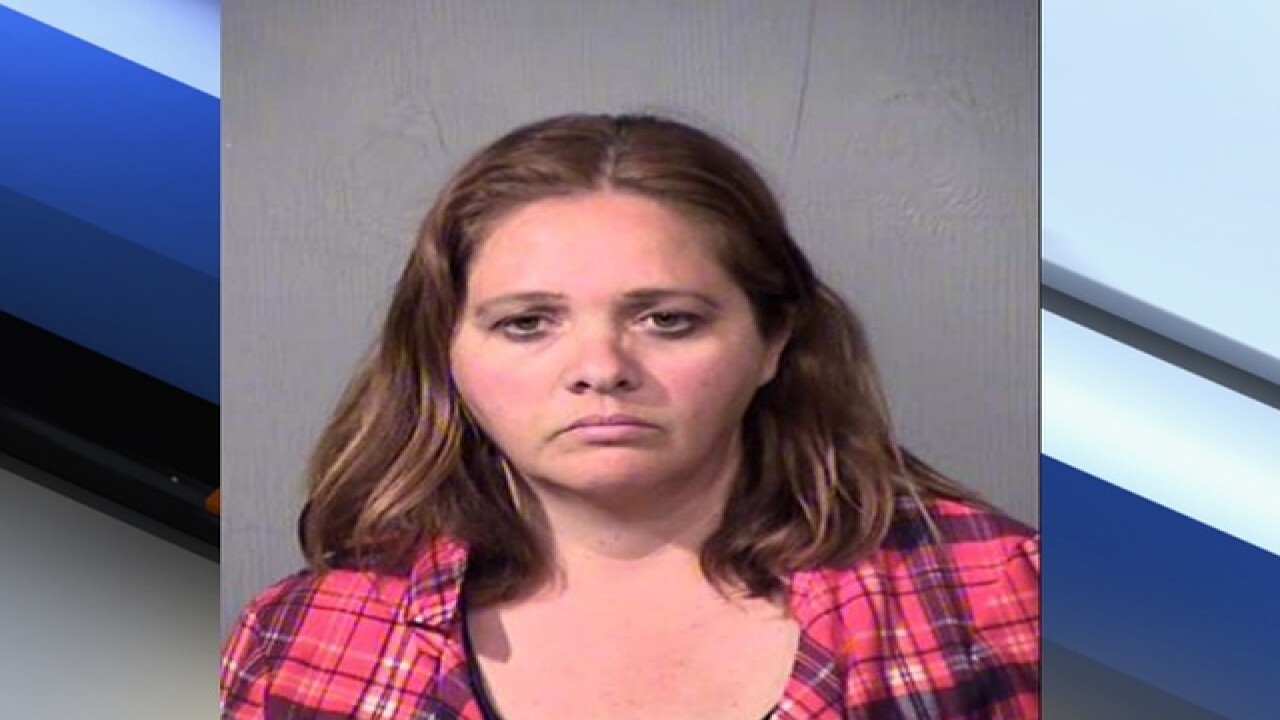 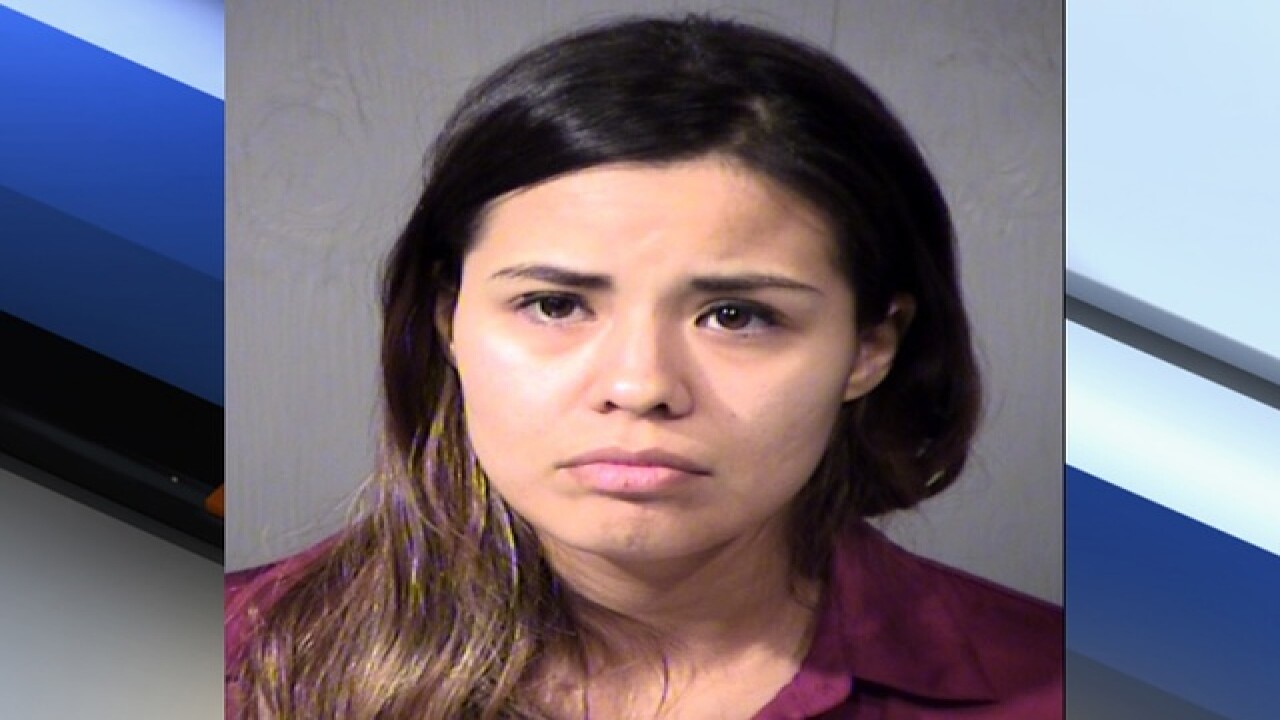 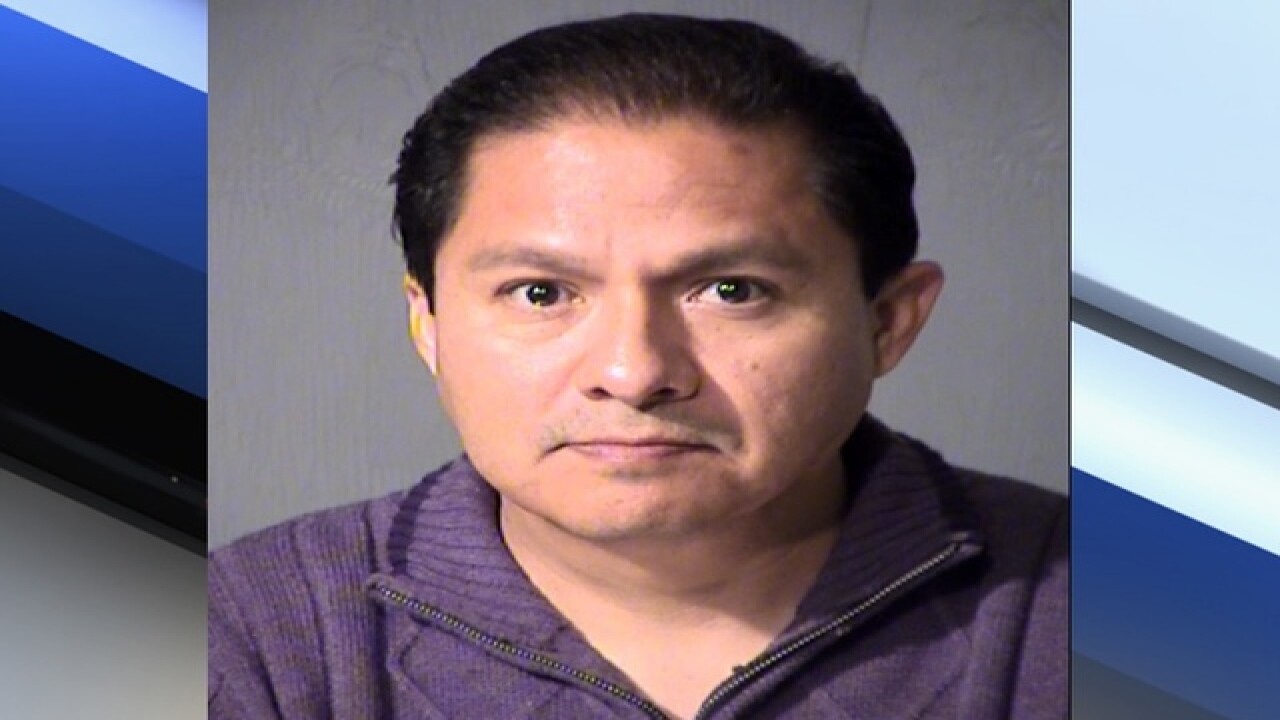 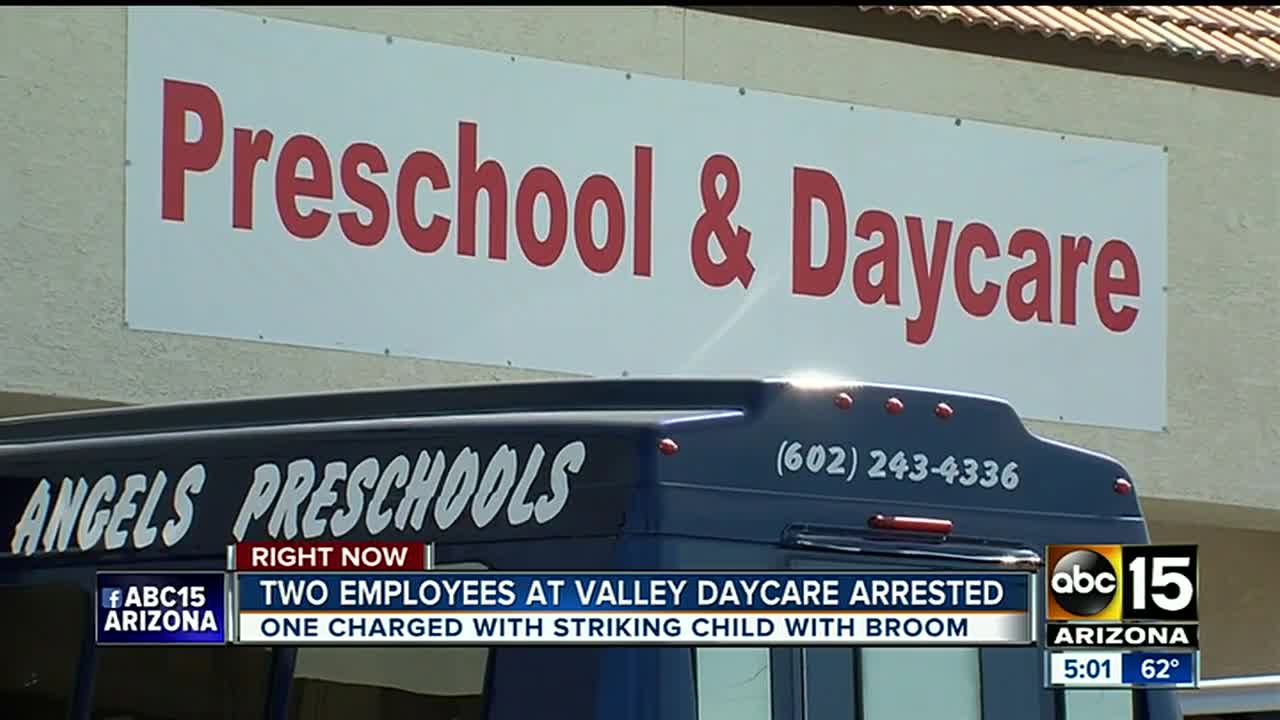 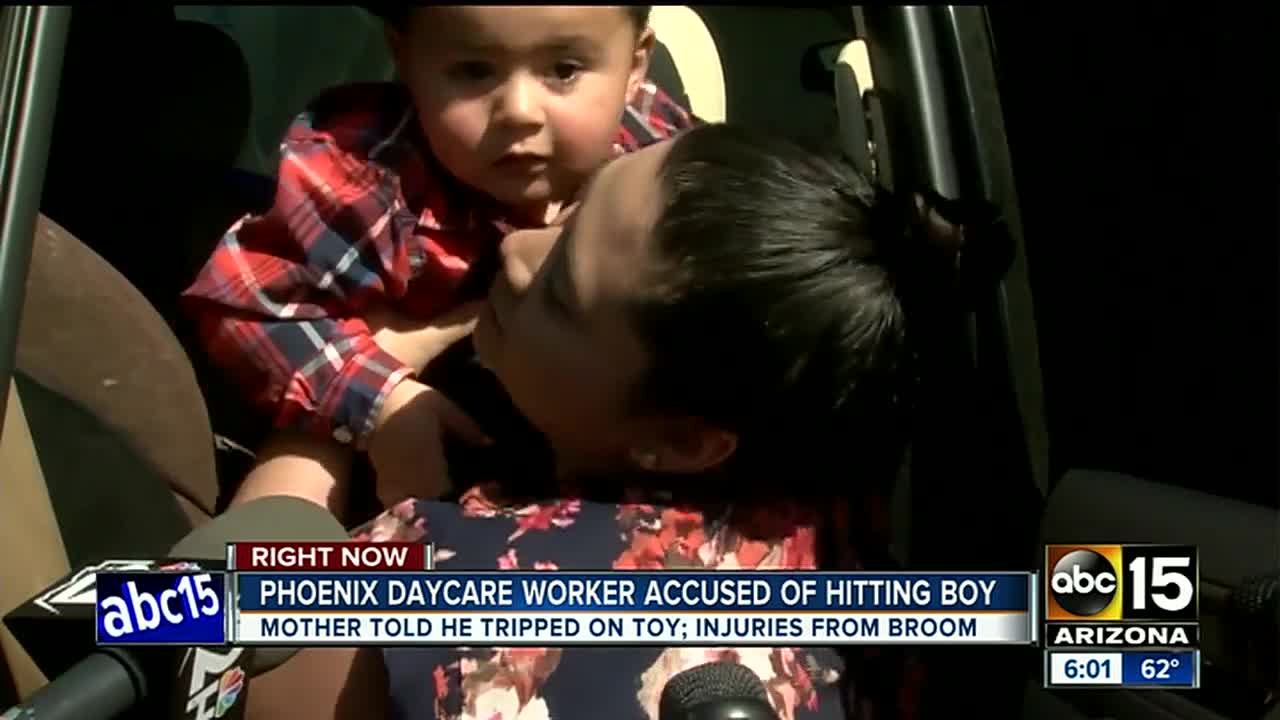 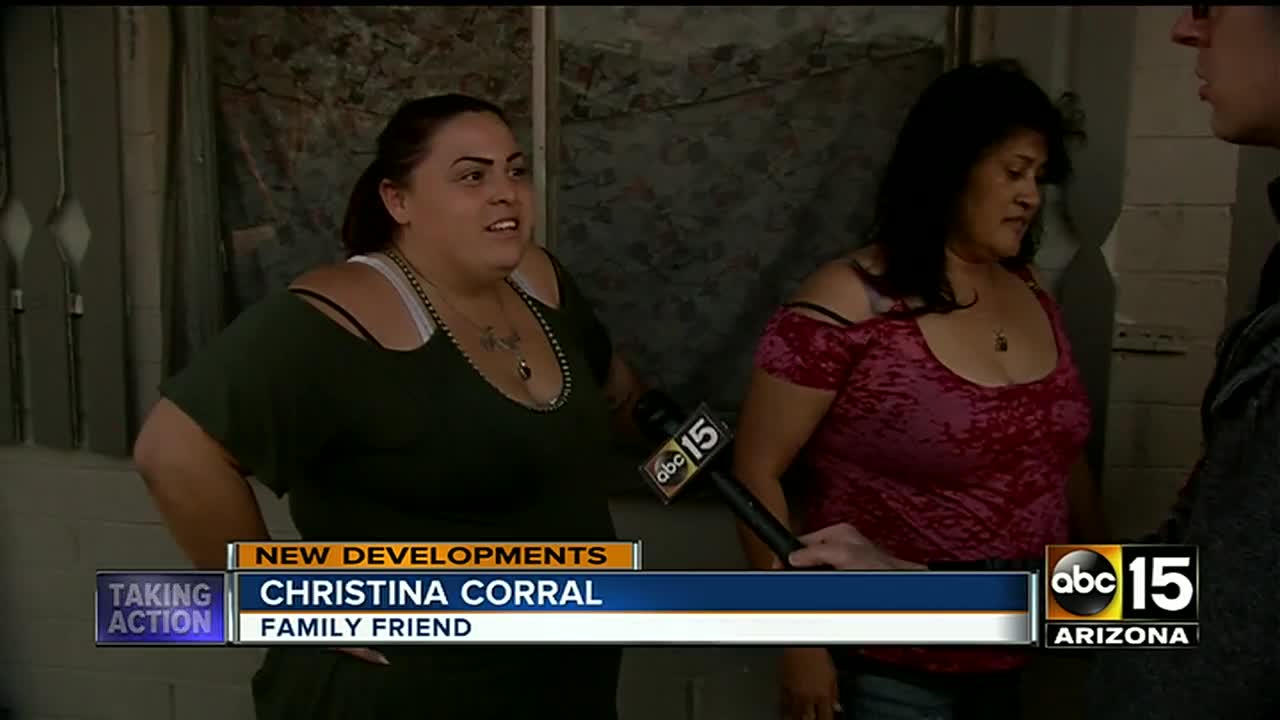 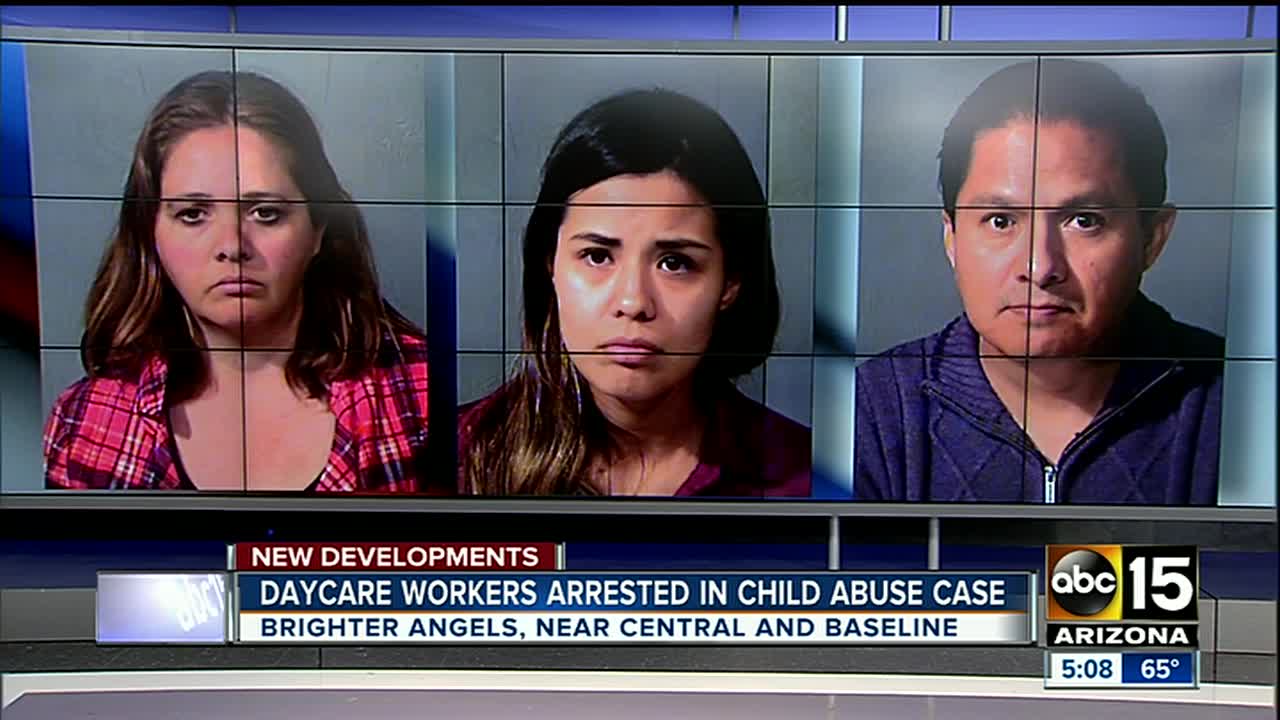 Three Phoenix daycare workers have been arrested after one allegedly hitting a child with a broom and two others interfered with the subsequent investigation.

Phoenix police said officers responded to the Brighter Angels Daycare Center near Central Avenue and Baseline Road on Feb. 17 for a report of an injured child.

When officers arrived on the scene they found evidence that 37-year-old Lillie Adams struck a 21-month-old child with a broom while she was cleaning with 10 toddlers in the room.

According to a police report, Adam was sweeping the room and accidentally knocked over a toy kitchen set. The victim crawled under a table and when he refused to move, the suspect allegedly hit the child in the face two times with the broom.

Police then arrested Perla Denise Sierra Duarte, 26, and Ruben Sandoval, 51, after both are accused of hindering prosecution and failing to accurately report the injury to police. Sierra Duarte is the director of the preschool, and Sandoval is the owner.

Catherine Masters' sister has three kids enrolled at the daycare.

"They need to be put behind bars because this is just unacceptable," Masters said. "They have no business hitting someone else's child and they know better."

According to a police spokesperson, there's surveillance footage of Adams allegedly assaulting the child with the bristles of the broom.

The 21-month-old child was taken to a local hospital and his mother was notified of the incident.

Daycare employees told the victim's mother that the child suffered a fall, however, after the child was hospitalized it was discovered that the injuries were inconsistent with their story.

Adams resigned from the daycare the day of the incident.

Adams was arrested and booked on one count of child abuse.

Family friends spoke out in defense of Adams Friday, saying that she wouldn't do something to hurt a child.

"She is a very loving woman, to children, teens and adults," said Christina Corral, a family friend. "These are false accusations, and I wish they would just go away."

Corral says she thinks Adams was framed, and that the evidence will show her innocence as the case develops.