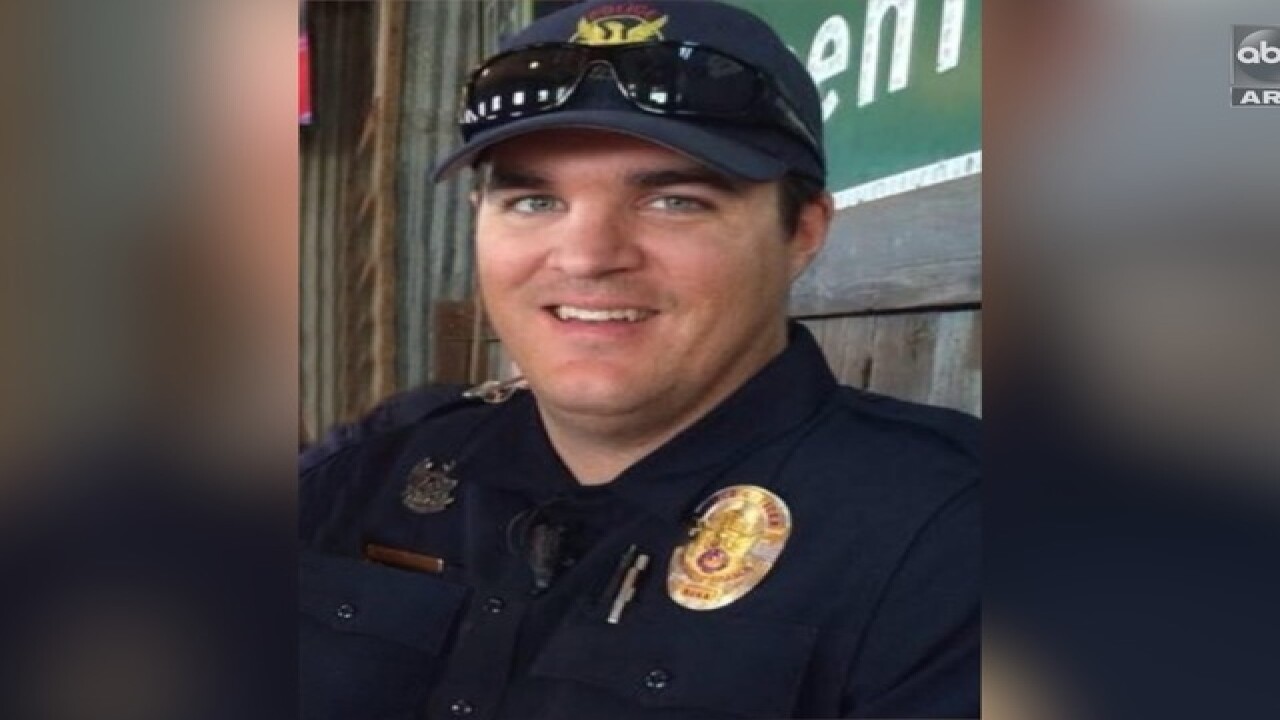 A Phoenix police report released Wednesday about an officer's murder indicated that they knew they were about to face a man who could be armed, high on drugs, and intent on hurting police.

Officer David Glasser died after the May 18 shooting outside a home near Baseline Road and 51st Avenue. The suspect, 19-year-old Israel Santos-Banos, was shot and killed by police during the confrontation.

According to police records, Glasser and a team of officers met at a nearby grocery store parking lot before going to the house. They were briefed on a plan to find Santos, who allegedly burglarized his stepfather's home, took his gun, and remained inside the home.

Officers were told Santos "used marijuana, spice and wax" and "wanted to shoot it out with police," according to the report.

The report said police sent a text message that contained a photo showing Santos "holding the stolen gun with a drug pipe in his mouth."

Officers took some precautions as they planned to "contain him" and later call the SWAT team, if necessary. They first sent an undercover car to scope out the house. Several more cruisers later surrounded the house, and at least one officer had his rifle ready.

Glasser may have been the first out of his SUV and the first to spot Santos hiding in a van in the driveway.

Another officer told investigators that Glasser said, "he's in the van," just before shots rang out.

Santos' stepfather blamed police for the deaths, saying to investigators that they should have taken action to arrest his son one day earlier when he had reported his van stolen. The report indicated officers considered the car theft a civil matter.

Phoenix police said there are inherent dangers to their job and they are still conducting an internal investigation on the shooting. Internal investigations can look at a variety of factors, including whether departmental policies were followed and whether those policies should be changed.