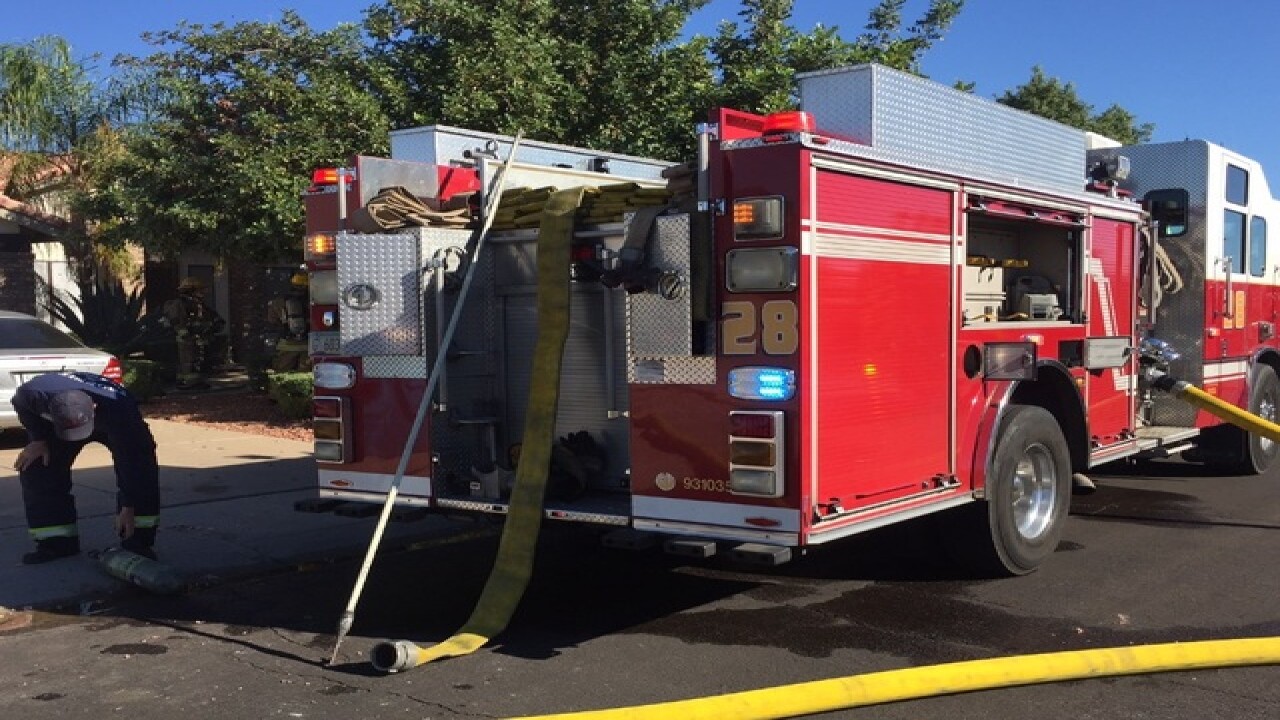 The Phoenix Fire Department says a mother and her children were able to escape a house fire without injury.

Crews say the fire started in the attic and spread into the garage which has been converted into a bedroom. A mother and children were home at the time of the fire but were able to escape safely.

The fire department was able to contain the fire, preventing it from spreading throughout the house, but say because of smoke damage the family will be displaced.

A Phoenix Fire Crisis Team is assisting the family on scene and the department is investigating the cause.