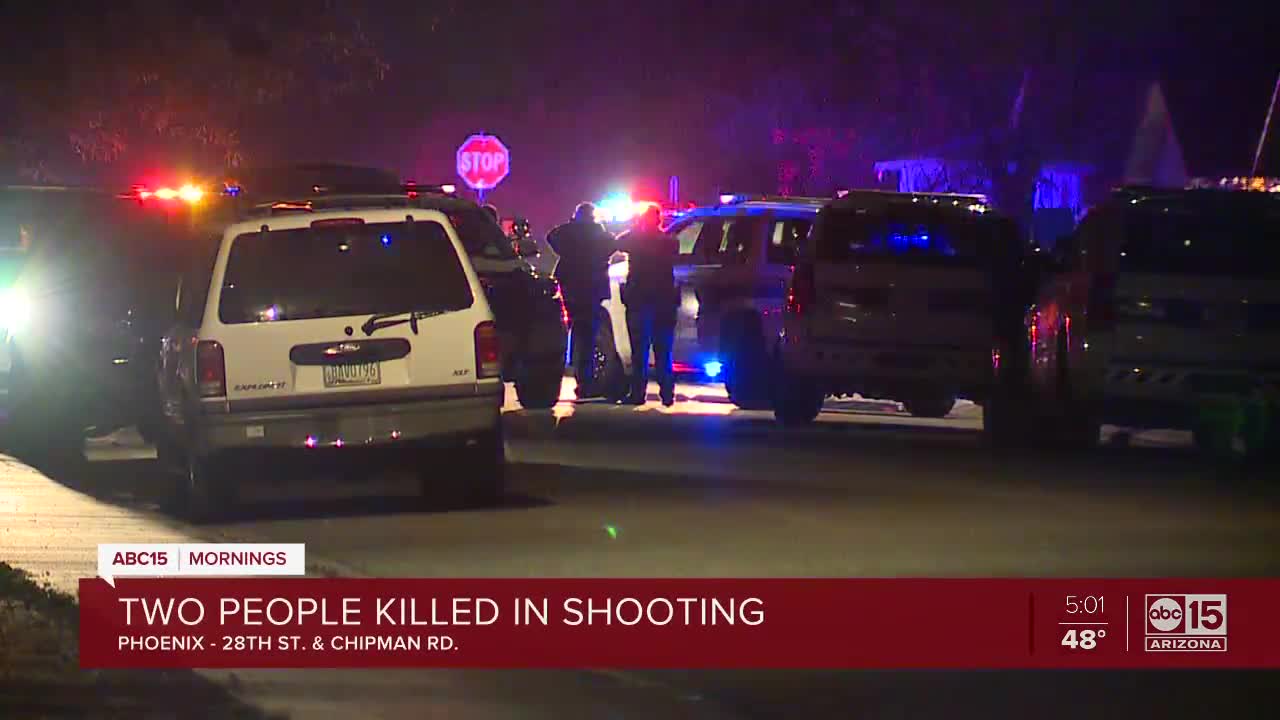 Phoenix police are investigating a double homicide from Friday night near 32nd Street and Broadway Road.

Officers responded to a home on Chipman Road around 9:45 p.m. Friday for reports of shots fired.

When officers arrived they found 52-year-old Sabrina Miran-Garcia dead from a gunshot wound in front of the residence.

The suspect, identified as 27-year-old Brian Santiago, was found in a different part of the home with a self-inflicted gunshot wound.

He was taken to a hospital where he later died.

It's unclear if the suspect knew the victims or what the motive might be.