PD: Woman dies after being found in road near 28th Avenue and Thomas Road 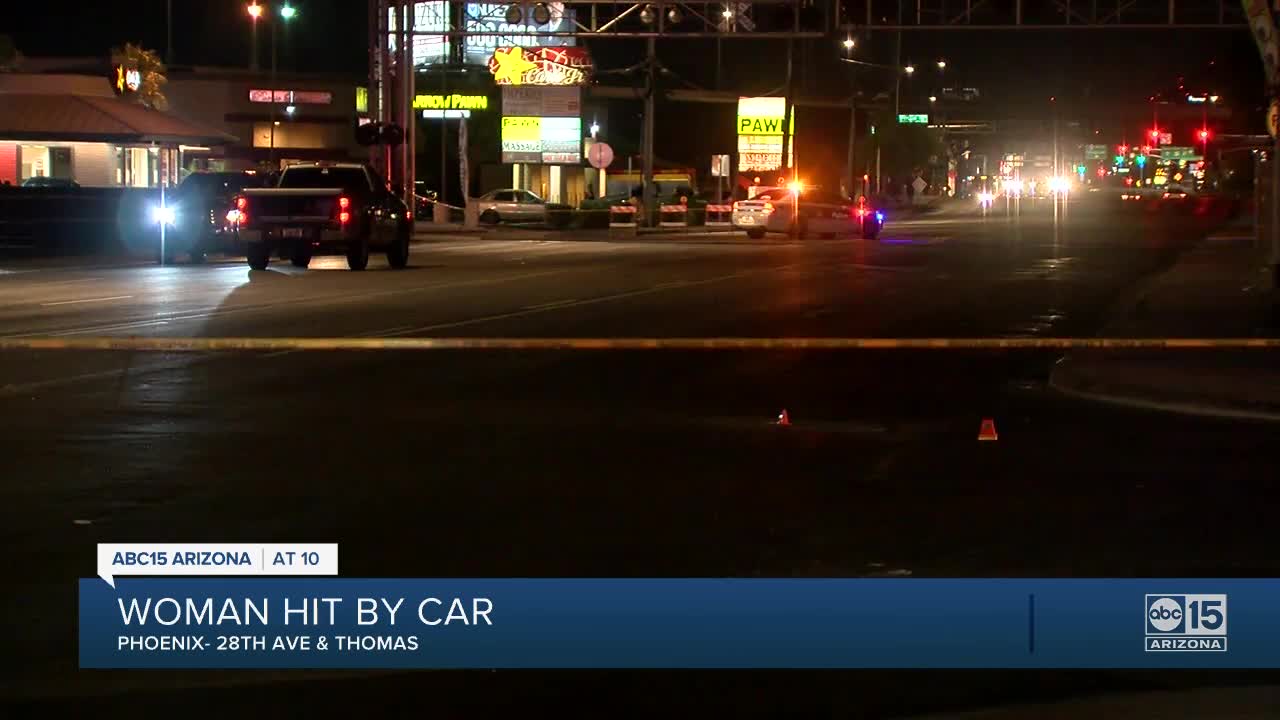 A woman is in critical condition after being struck by a vehicle near 28th Avenue and Thomas Road Saturday evening.

PHOENIX — Police say they are investigating the death of a woman who was initially believed to be hit by a vehicle in Phoenix.

Officers were called to the area of 28th Avenue and Thomas Road around 5:50 p.m. Saturday where they found a woman in the roadway. A witness saw the woman in the road, but did not know what happened to her.

The victim was taken to the hospital in critical condition, but later died from her injuries.

It was originally reported as and was believed to be a hit-and-run crash, but police did not notice obvious signs of injury or trauma. The incident is now a "death investigation," and officials are waiting for the cause of death to be determined by a medical examiner.

The woman was not identified by police.