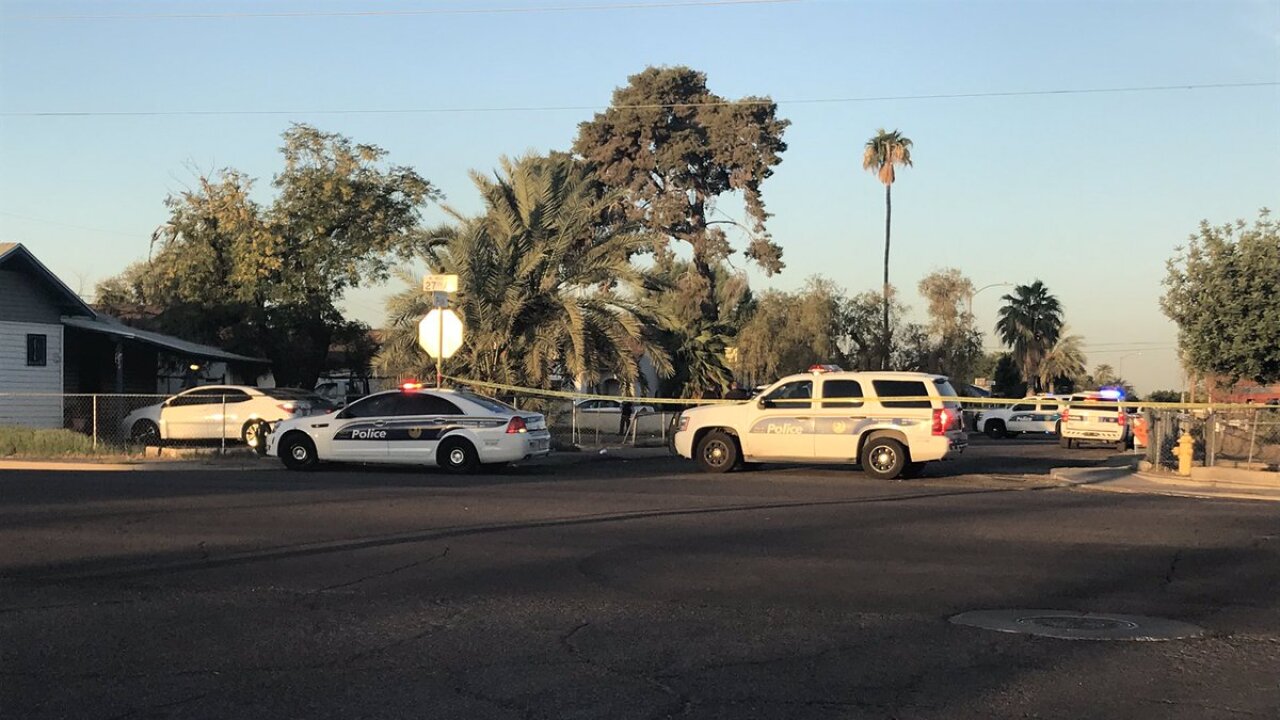 PHOENIX — The Phoenix Police Department is investigating a shooting that took place around 6:15 a.m. Sunday morning.

Authorities say man robbed a 35-year-old man at gunpoint and then shot him in a parking lot near 27th Avenue and Van Buren Street.

The victim was transported to a hospital with non-life threatening injuries, according to Phoenix Police Sgt. Maggie Cox.

The suspect is outstanding and has not been identified, police say.

Anyone with information is encouraged to call Phoenix Police Department at (602) 262-6151 or to remain anonymous, contact Silent Witness at 480-WITNESS or 480-TESTIGO (Spanish speaking).