PD: Man with large knife shot and killed at a home near 27th Avenue and Camelback Road 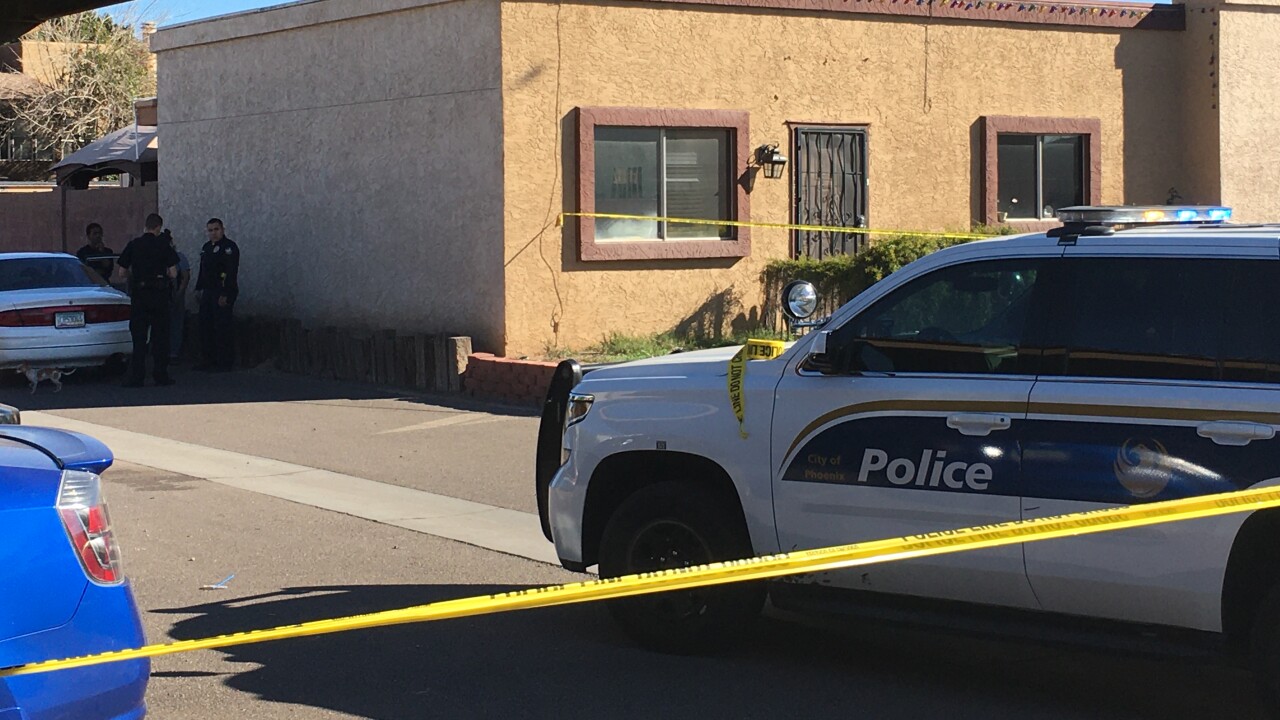 PHOENIX — A man was shot and killed after reportedly threatening others with a knife Sunday afternoon.

Phoenix police responded to the scene near 27th Avenue and Camelback Road around 2 p.m. for the shooting call. Responding officers found 28-year-old Dontae Ray McGinty dead at the scene.

Multiple witnesses say McGinty was threatening others with a large knife and tried to stab someone before a 25-year-old man shot him.

The 25-year-old man suspected of shooting McGinty stayed on scene and cooperated with officers. He called 911 after the shooting and was taken into custody and questioned by officers.

Police officials say the suspect was released from custody, pending the outcome of the investigation.

The Maricopa County Attorney's Office will be reviewing the case.