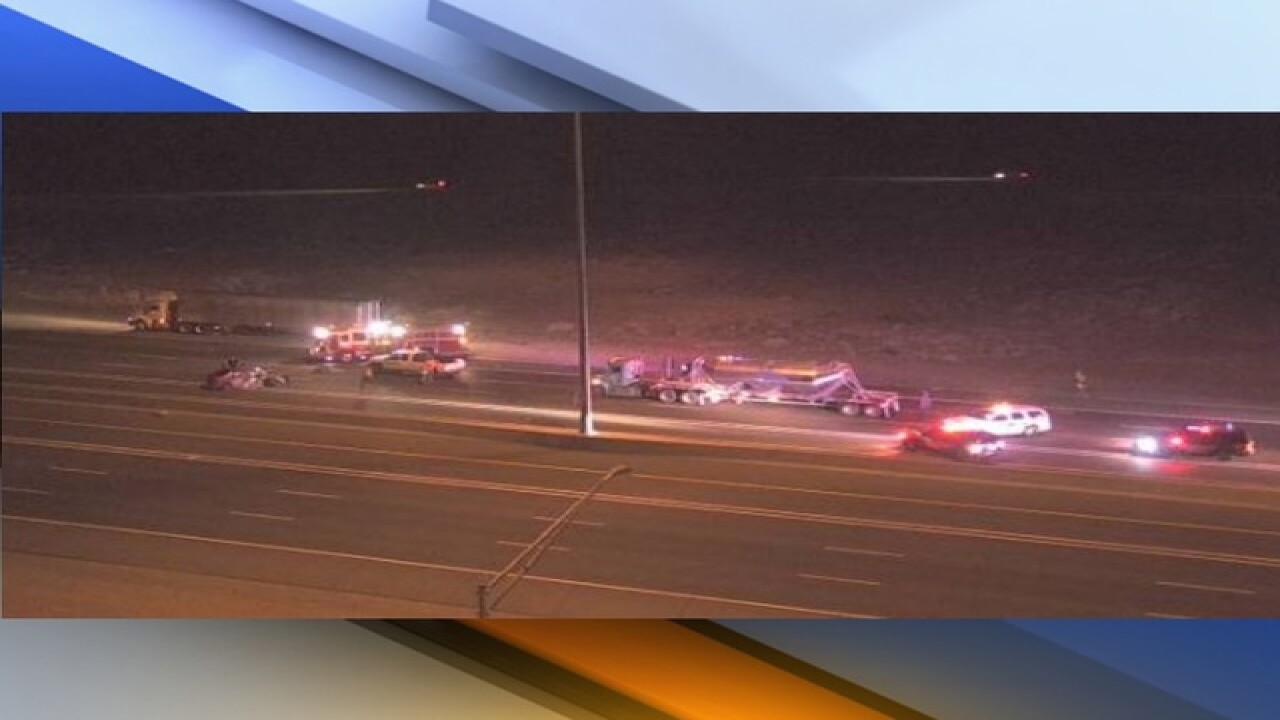 A wrong way driver was involved in a crash on the I-17 near the Carefree Highway Thursday morning.

The Department of Public Safety says two people were taken to the hospital in serious but stable condition.

DPS says the wrong way driver is being investigated for possible impairment.

I-17 southbound at SR 74: A crash is blocking all lanes. Use exit and on-ramps to get around this. #PhxTraffic pic.twitter.com/viREUtn7o0

The I-17 was closed for about an hour southbound in the area because of the crash but has since reopened.

Stay with ABC15 and ABC15.com for more on this developing situation.