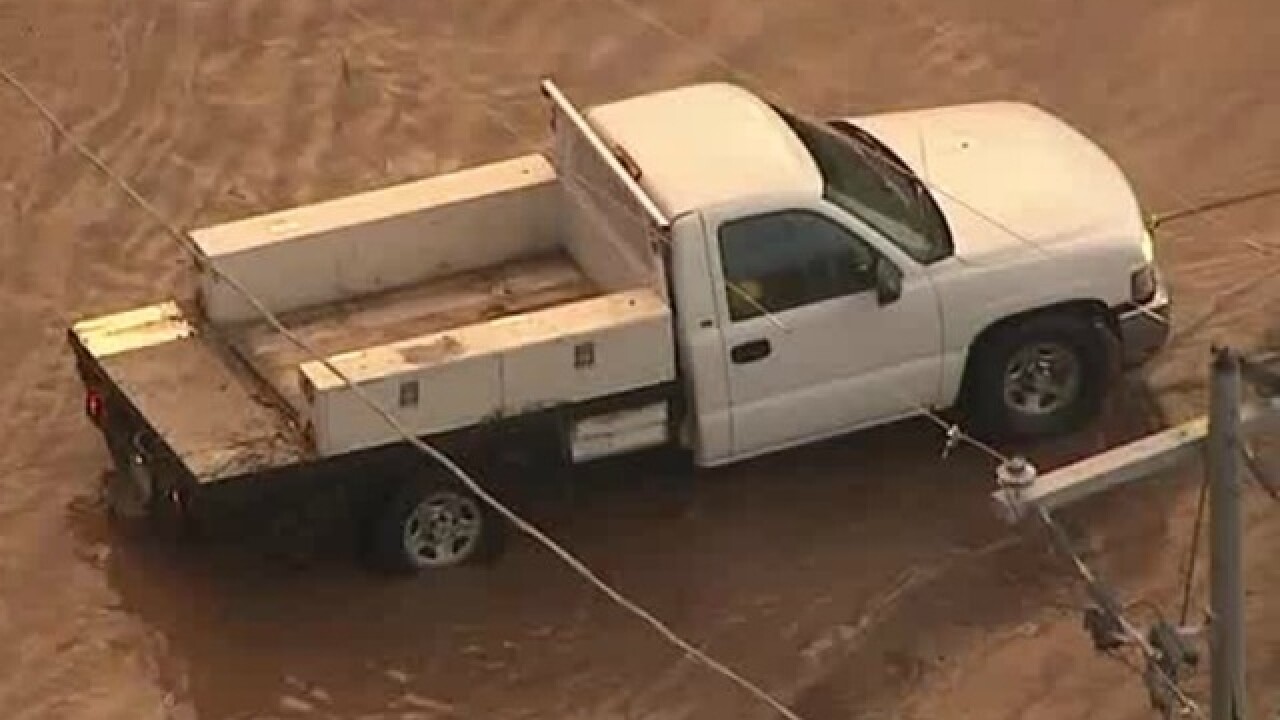 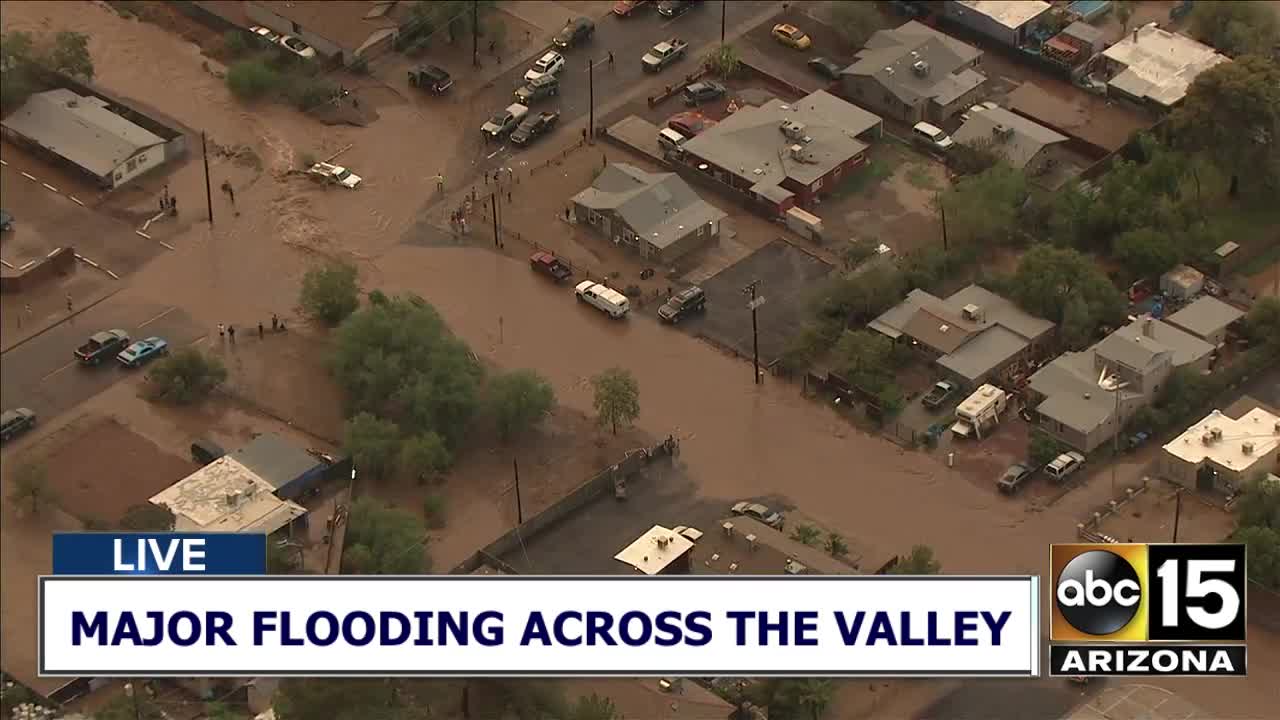 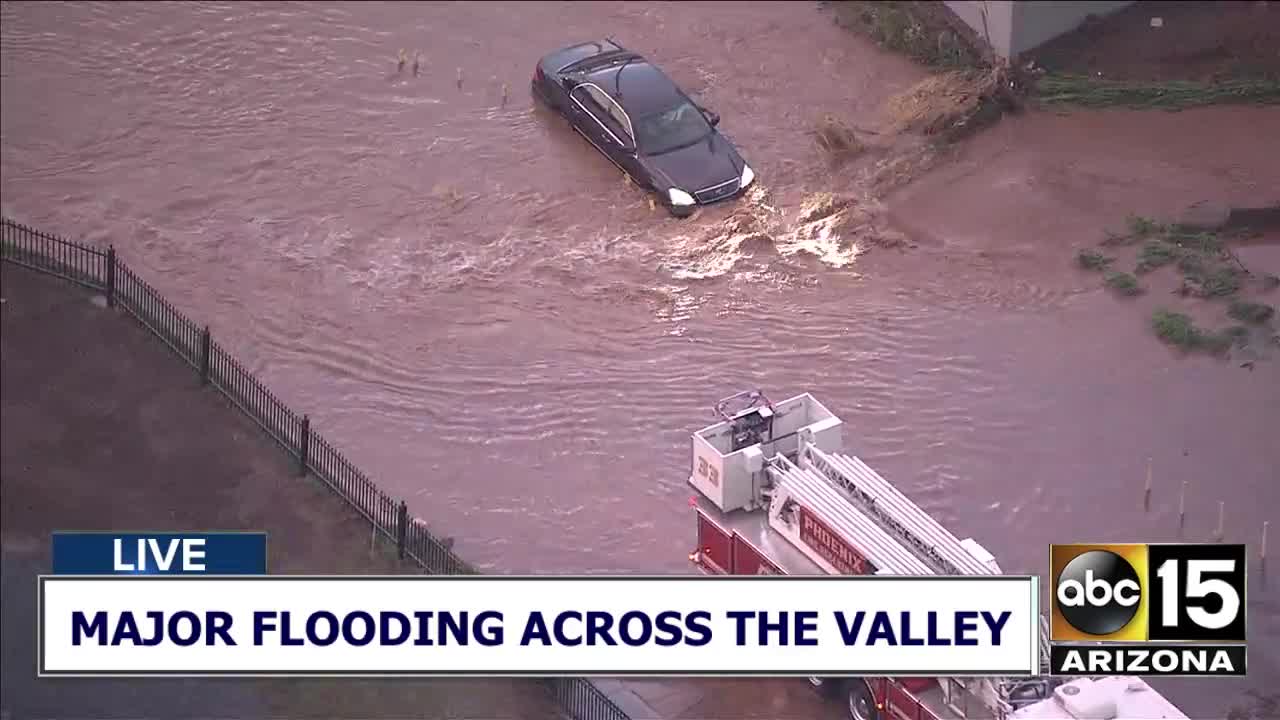 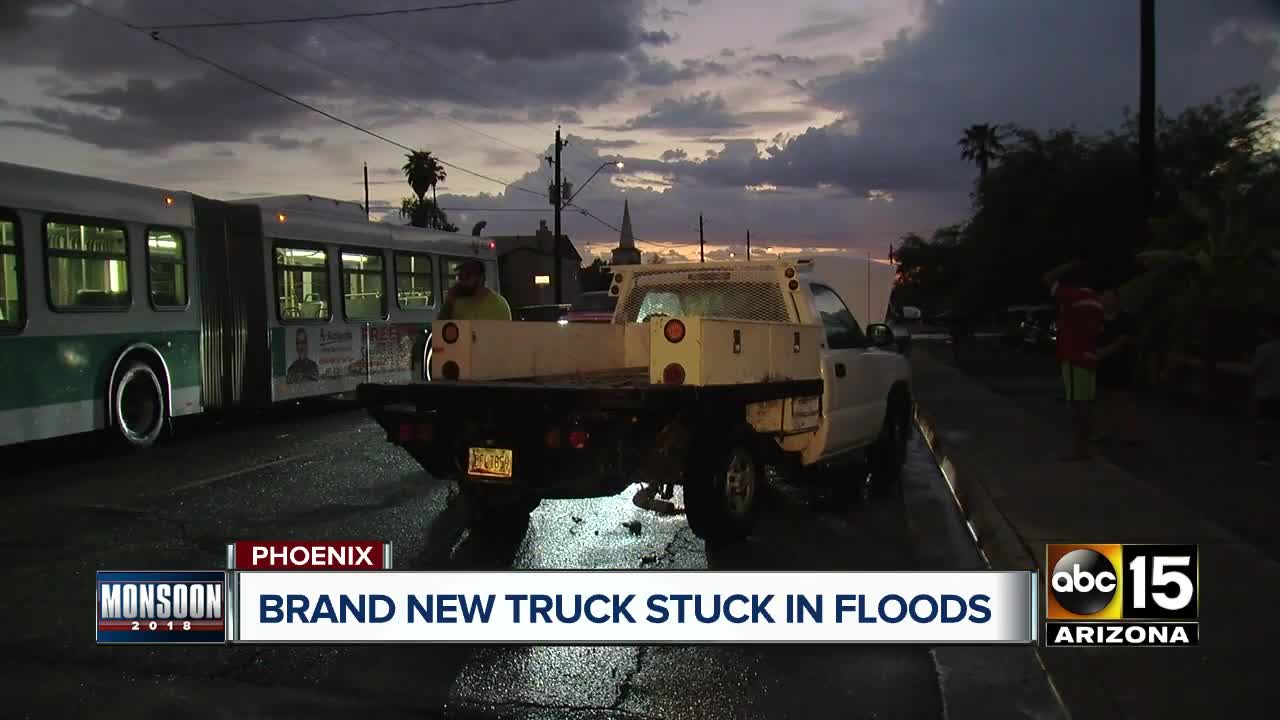 Phoenix rescue crews had to pull multiple vehicles from flooded roadways Thursday after monsoon storms drenched parts of the Valley.

The area of 11th Street and Dunlap Avenue appeared to be hit especially hard with intersections, roadways and home yards flooded with muddy water flowing through.

Rainfall totals: See how much rain fell near you

In one situation, a white truck was pulled out of the flood waters using a rope. In another, a truck hauling a trailer was stuck in the waters and had to be pulled out.

Watch the video in the player above.

RADAR: Track the storms as they move through the Valley