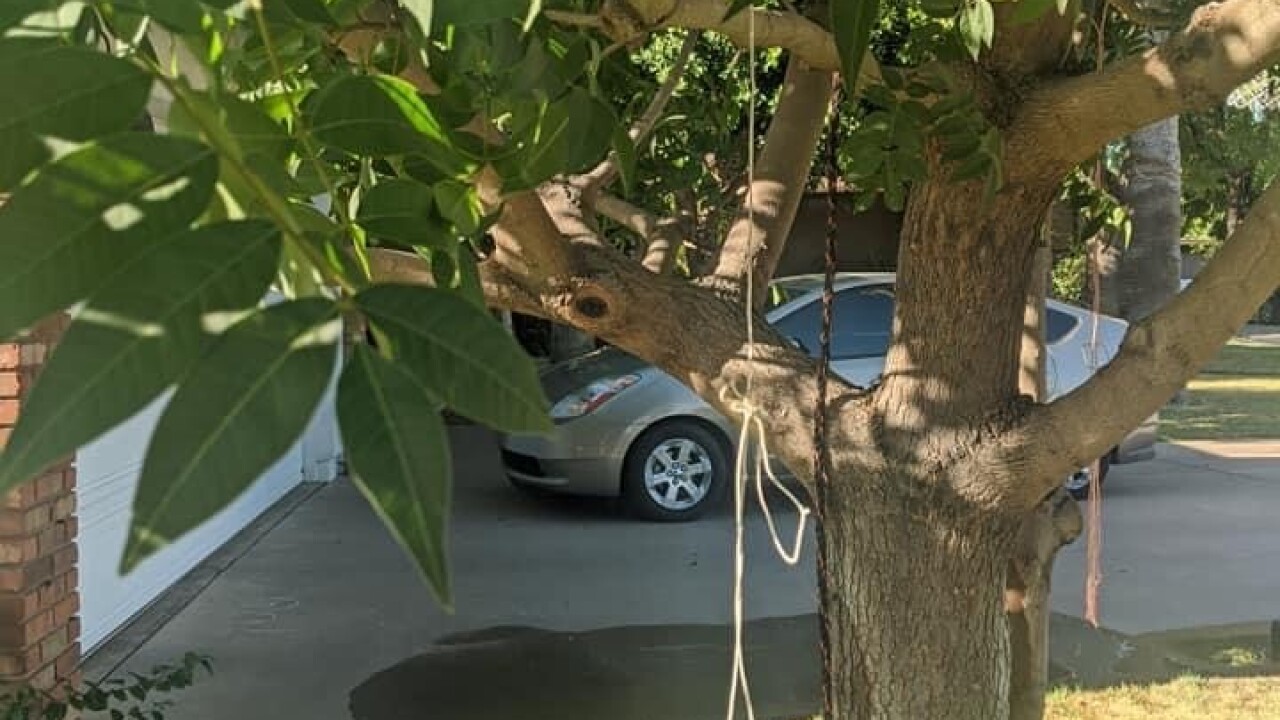 PHOENIX — A Valley woman believes she was likely targeted all for a sign she placed in her front yard supporting Black Lives Matter.

The woman, who lives in North Central Phoenix, told ABC15 she noticed a string in a tree in her front yard as she went for a run last Wednesday morning.

"I walked over and it was a noose," said Shauna Bryant Yoder. "I realized later it had been made out of one of my kid's toys."

Bryant Yoder said the string was placed in a tree not far from a sign she had placed in her yard reading "Black Lives Matter."

"Presumably they don't know me," Bryant Yoder said. "They don't know I'm white. Maybe they were trying to target what they thought might be a Black family living in the house."

Bryant Yoder said she was horrified by the discovery.

"It scared me enough I almost altered my daily routine," she said. "I thought, this is what Black people have to do everyday."

Phoenix Police confirmed to ABC15 they took a report of the incident. At this point, it's anybody's guess who left the string.

"I don't view myself as the victim here," Bryant Yoder said. "Because I'm white, I could have just ignored it and gone about my day and been upset and then just moved on. I wanted to inspire people, inspire white people, to wake up and realize this is a problem and we need to do our part in fixing it."

Bryant Yoder told ABC15 since the incident several of her neighbors have shown support and requested "Black Lives Matter" signs for themselves.