Man shoots teens after being assaulted in Phoenix 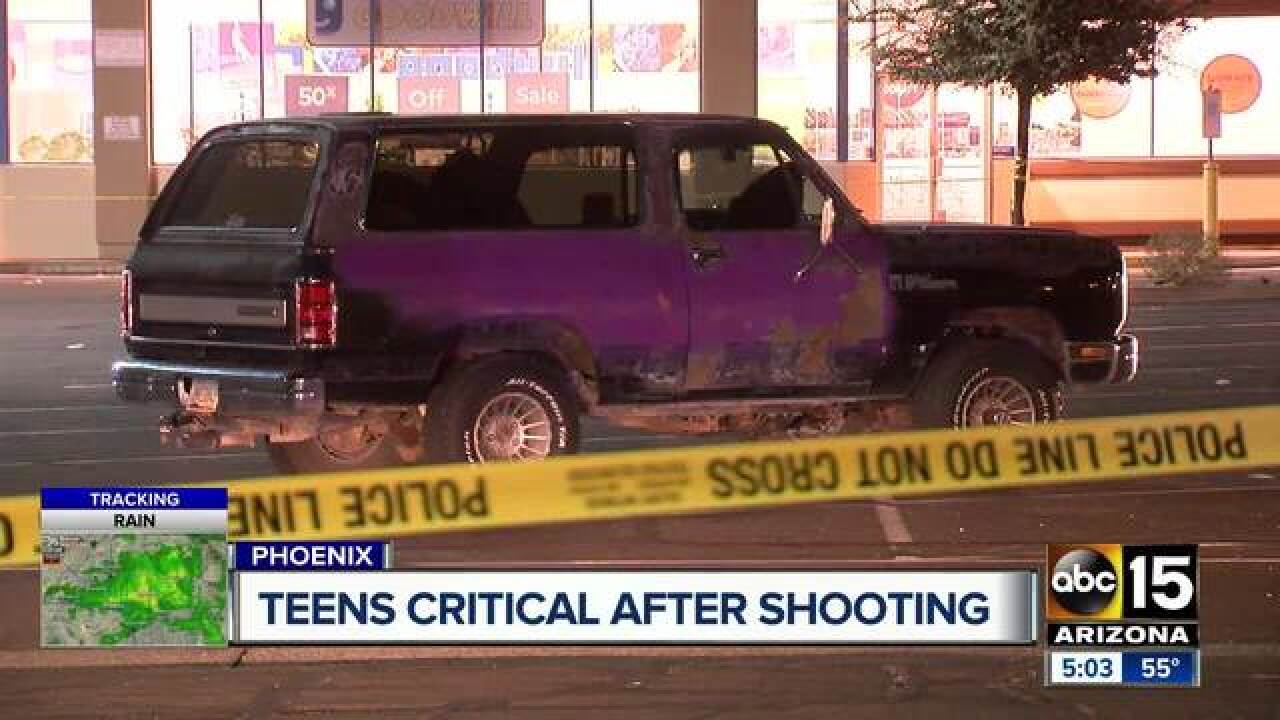 Two teenagers were seriously hurt after being shot in Phoenix on Saturday night, according to the Phoenix Fire Department.

The shooting happened near 35th and Peoria avenues around 10:30 p.m.

Fire officials said both of the victims, 15-year-old boys, were taken to the hospital in critical condition.

According to the Phoenix Police Department, witnesses told officers that the teens had walked into a business in the area and took several items without paying.

Police say the teens were then confronted by a man in the parking lot who asked them to leave the stolen items.

The teens then dropped the items and reportedly started to hit the man when they saw he was armed.

Police say during the assault the man fired his weapon, hitting both of the teens.

Their injuries were not considered life-threatening.

“That’s when he [Chris] started wrestling with the gun. I started coming in ‘cause I'm not gonna let my brother fight by himself, so I just started trying to get the gun away from him,” said Ward.