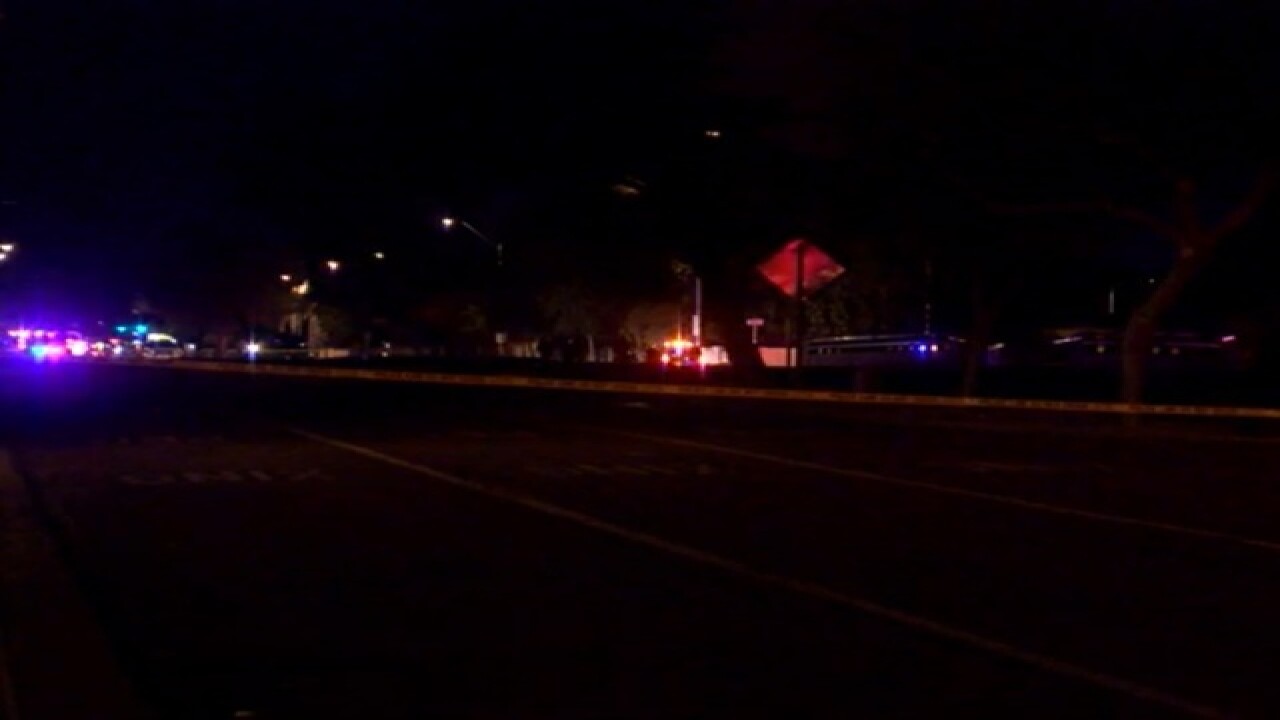 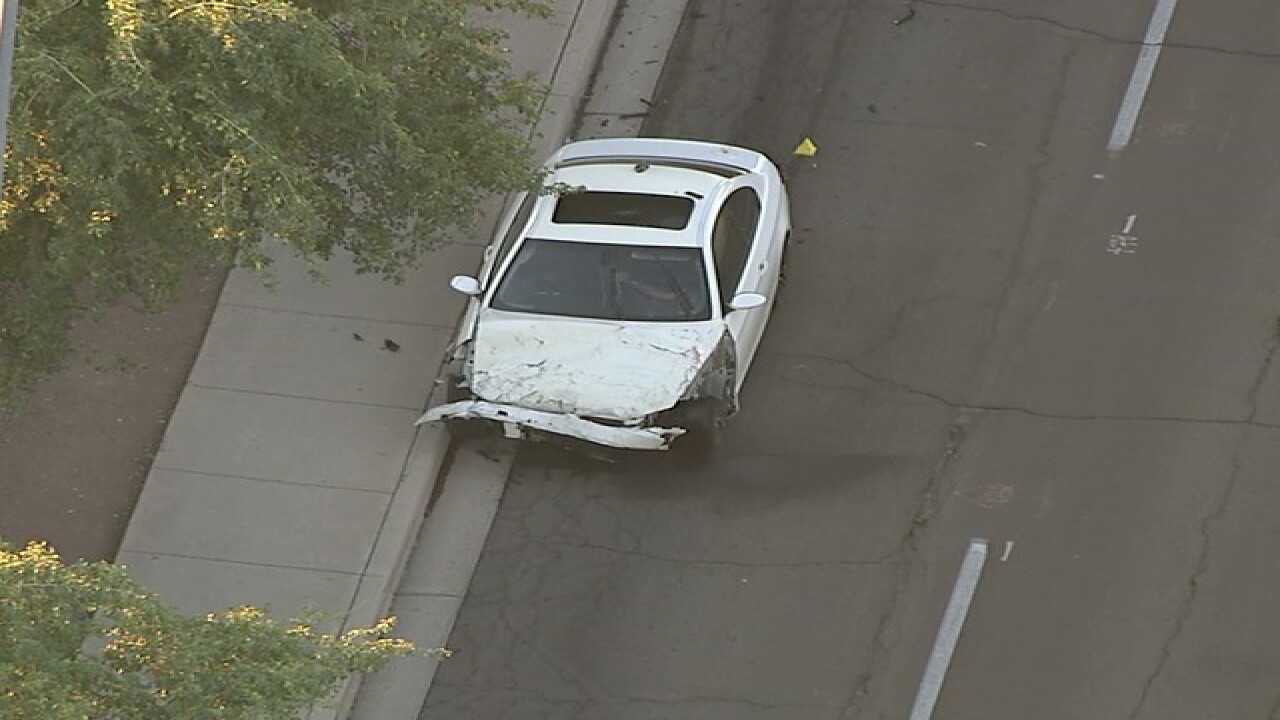 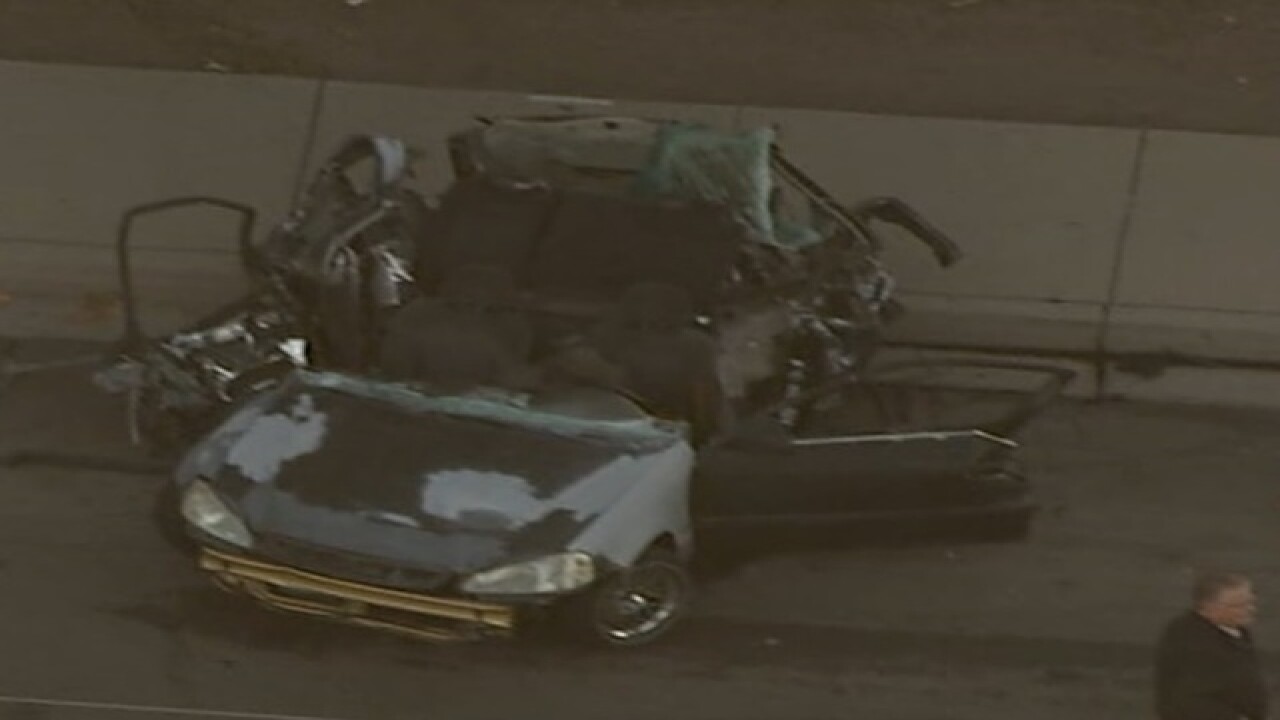 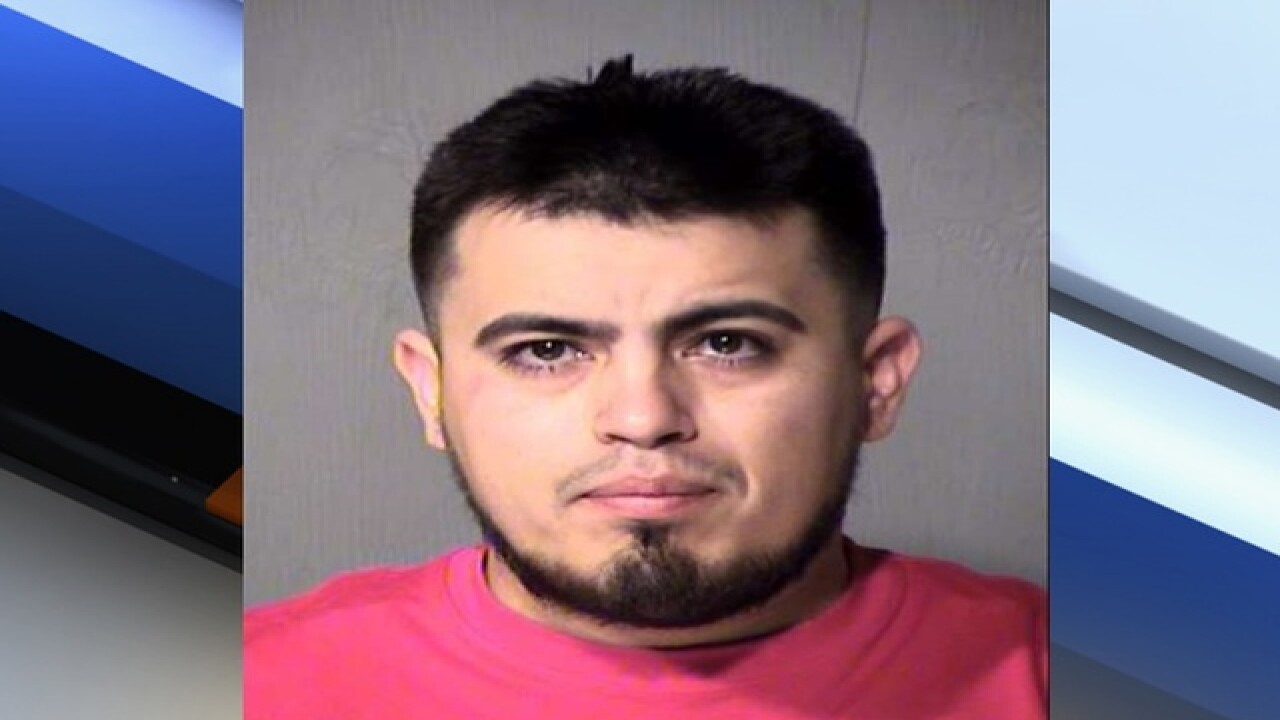 The Phoenix Police Department says two men were killed in a crash with a suspected drunk driver early Monday morning in north Phoenix.

According to Phoenix police, the crash happened at about 2:30 a.m. on 35th Avenue near Vogel Avenue. Police say the suspect was traveling at a high-rate of speed when it collided with the the victim's vehicle. Both victim's were pronounced dead at the scene.

The suspect, 26-year-old Edgar Valenzuela and his passenger were not injured in the crash. Valenzuela was booked on 2nd degree murder and endangerment charges.

Police said it was clear that Valenzuela was impaired by alcohol.

35th Avenue was closed for several hours in the area after the crash but has since reopened.

Identities of the victim or suspect have not yet been released.