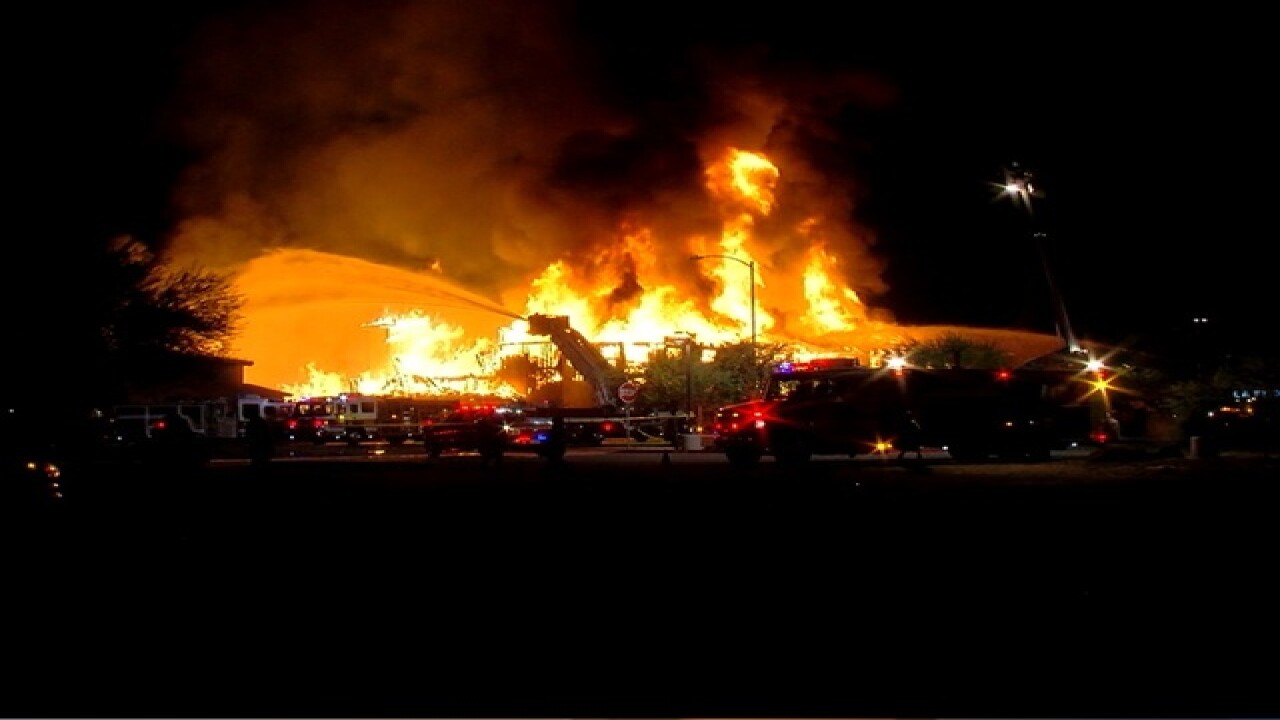 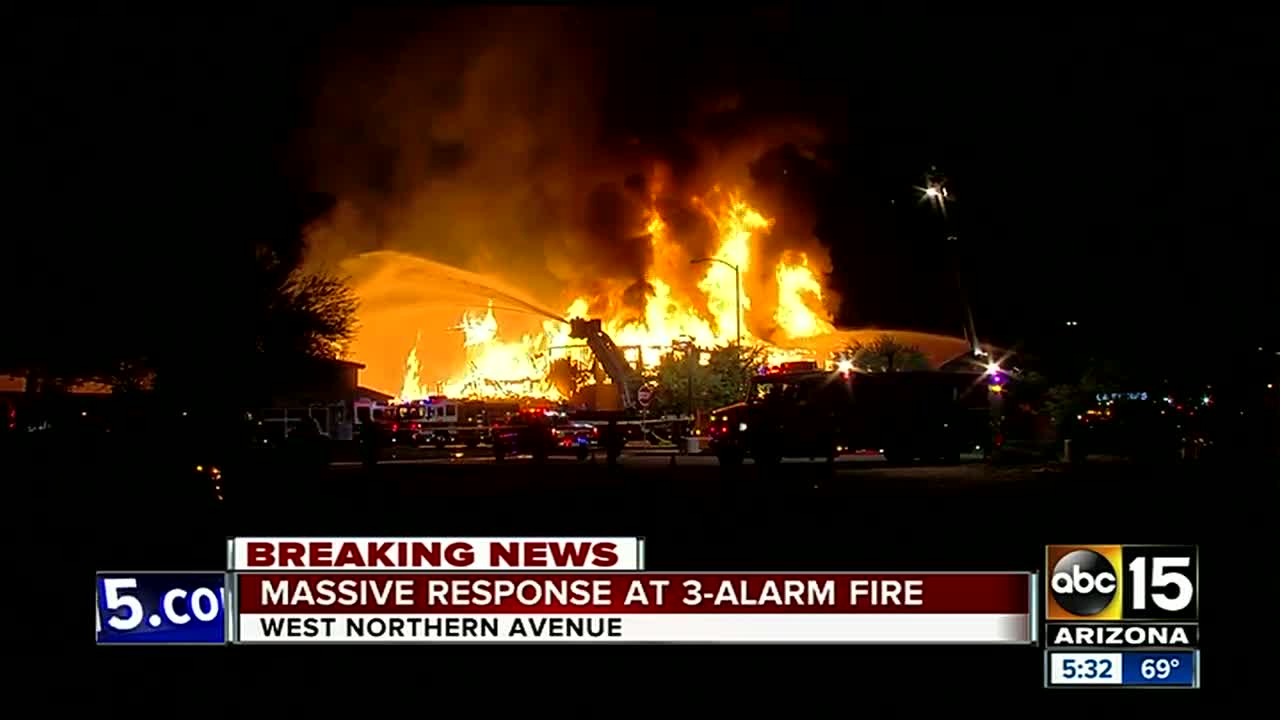 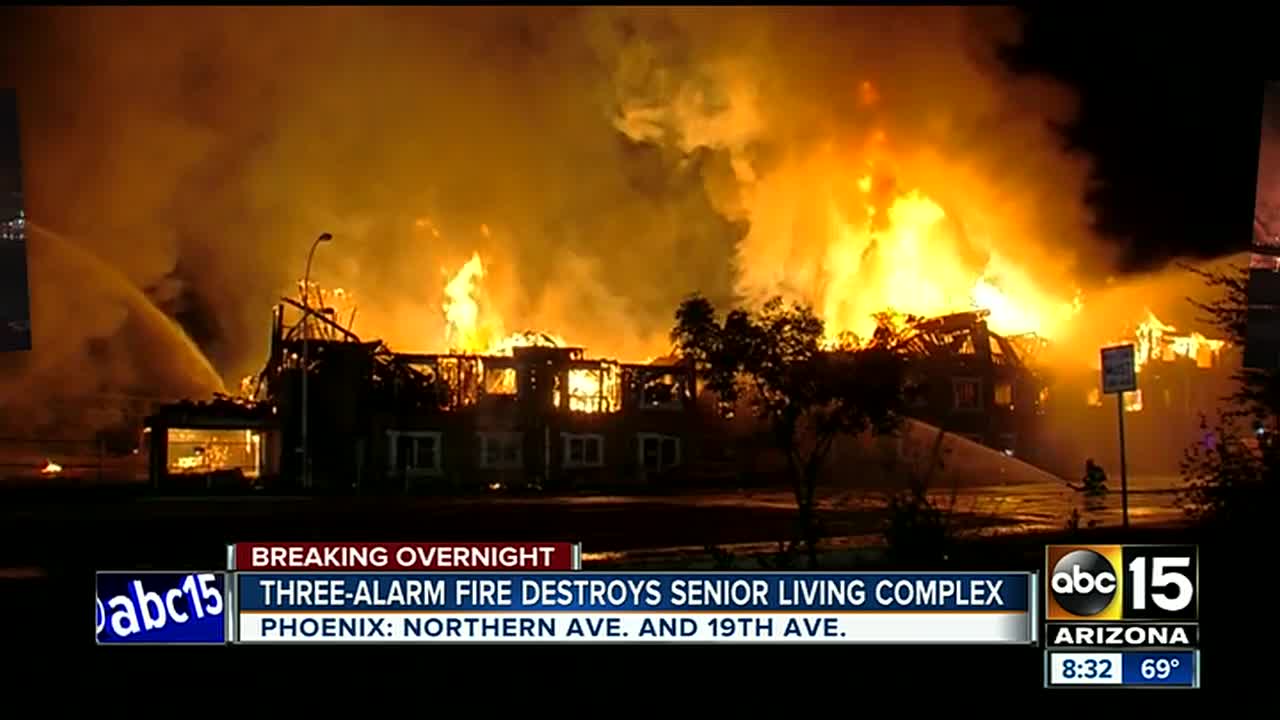 A three story care facility under construction went up in flames overnight into Saturday morning.

The incident started around 3 a.m.

RELATED: Photos from scene of three-alarm fire in north Phoenix

At least 100 firefighters responded to the three-alarm fire at the 95,000 square foot facility.

Nearby resident Cecilia Aguilar said the flames were so close she thought the fire was in her house.

"I looked out the window, the bathroom window, and I thought my house was on fire," Aguilar said. "...It was a lot of light and I yelled 'oh my God."

Phoenix fire says this was an under construction complex, which made the fire spread much faster than normal. Officials say the facility was 50 percent complete.

At least 10 neighboring homes in the area also had to be evacuated because the fire was so large. Several of them had fire and water damage.

"The entire house was orange because of the light and that's when I went outside and saw the flames that were like 7 stories high," said Paloma Rueles, who lives nearby. "When we actually felt it, it was just like burning, just really intense and it was very scary."

So far no injuries have been reported.

Another nearby resident, Jeremy Moore, explained that after seeing the blaze he went to his neighbors' homes to alert them. He also took a hose to protect his own home.

"When I saw it was fully engulfed, it sounded like there was a gun war going on...that sound was so loud," Moore said.

Phoenix Fire says they are working with owners and construction crews to determine if there is any evidence as to the cause of the fire.

The owners of the facility estimate the damage to be around $7 million dollars, according to officials.