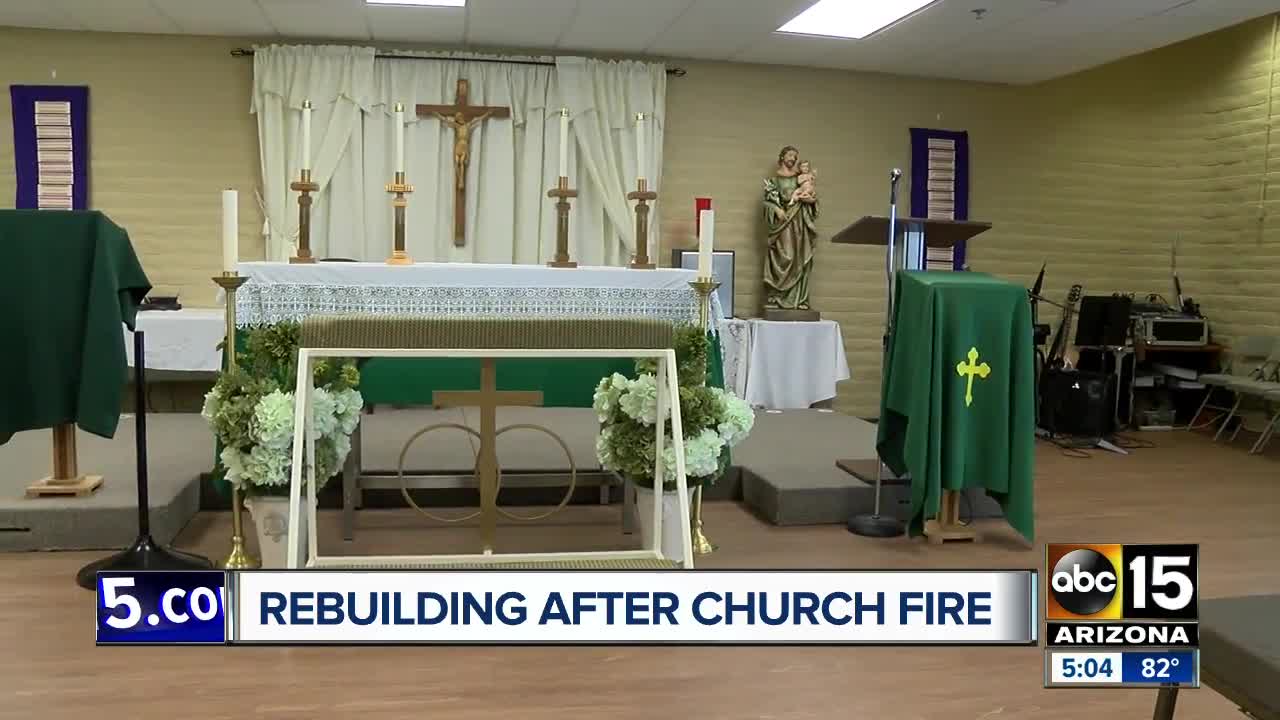 After a fire destroyed St. Joseph Catholic Church in May, plans are taking shape to rebuild the facility.

PHOENIX — After a fire destroyed St. Joseph Catholic Church in May, plans are taking shape to rebuild the facility.

On Tuesday night, the church community held a 'town hall' to show parishioners renderings of the proposed new church.

"They were all standing up and taking pictures," said Father Regidor Carreon with St. Joseph Catholic Church.

The proposed new church is a different design than the last one, which made it nearly 50 years before succumbing to the blaze.

"This new church that is going to be constructed.. is a real, traditional cruciform church," Fr. Carreon said.

Church officials told ABC15 the plan is to break ground this coming January. While they would love for construction to be completed by next Christmas, some time in 2021 is more realistic.

"All the people [say] 'Father, is the church going to be completed in our lifetime?’" Fr. Carreon joked. "They are asking all of this. Yes, we are going to have that as long as we really keep on praying."

Fr. Carreon says they still need to raise roughly $2 million and are accepting donations through the church's website.

Services at the church have been taking place in another building on the property since the fire. Fr. Carreon told ABC15 the fire was essentially a blessing in disguise, as the community long sought a new building.

"Then came God's answer to all our prayers, in a devastating way," Fr. Carreon said, laughing. "It came through fire."

ABC15 reached out to the Phoenix Fire Department for an update on this fire investigation but has not gotten a response.