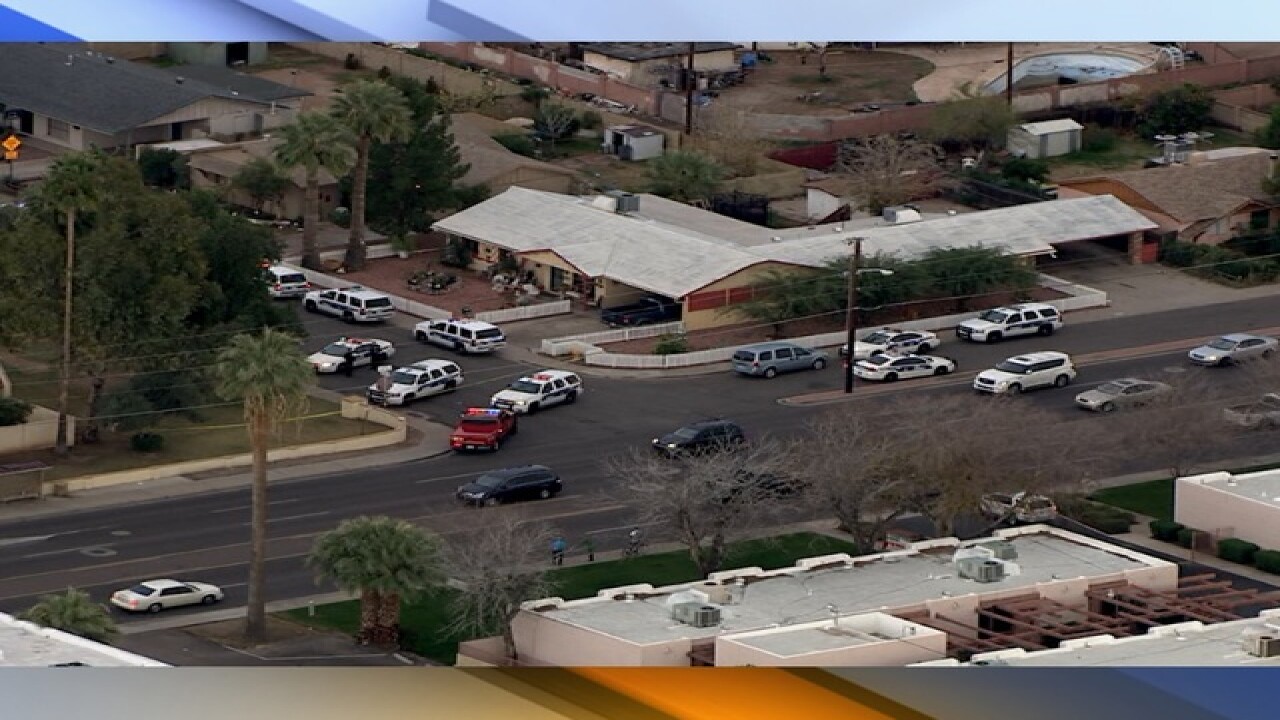 Phoenix Police have identified a man shot and killed during a confrontation on Monday afternoon.

According to Phoenix Police, the department’s Cactus Park Neighborhood Enforcement team pulled over a vehicle coming from a suspected drug house in the area of 35th and Dunlap avenues around 3:30 p.m.

The driver of the vehicle, later identified as 38-year-old JR Williams, was found to be a registered sex offender. Officers found a shotgun underneath his seat. Two others in the vehicle were also contacted, including a front-seat passenger who was taken into custody on a felony warrant.

While attempting to handcuff Williams, he broke free from police and ran. Officers chased him and noticed his hands were in his waistband as if he had a weapon. The suspect threatened to shoot one of the officers, and officers drew their weapons.

Williams was given medical treatment at the scene, but died at the hospital.

No officers were injured in the incident. The two officers involved in the shooting have served for 20 and 8 years, respectively.