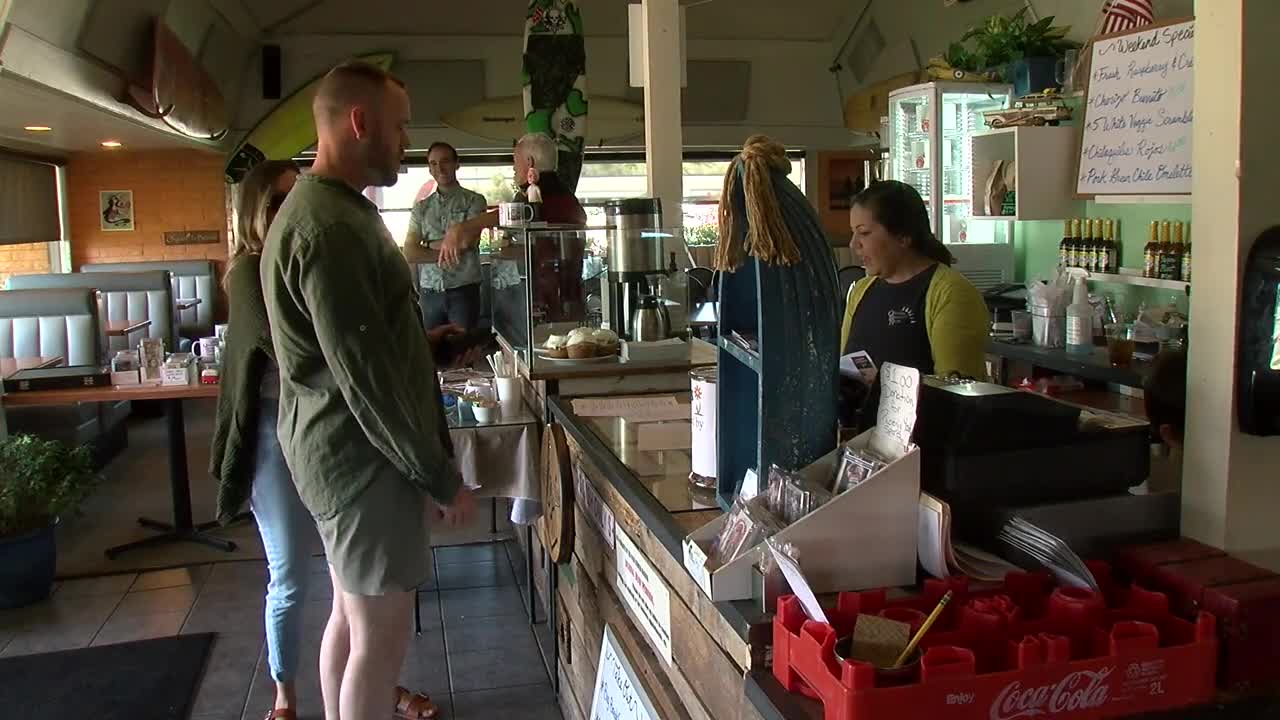 As restaurants struggle to stay in business, one Valley boss is going all out for his employees.

PHOENIX — It's a tough time to work at a restaurant in Arizona. Every one of them has had to change the way they're doing business by switching to take-out and delivery only.

Some restaurants have had to lay off workers or put them on furlough. As restaurants struggle to stay in business, one Valley boss is going all out for his employees.

Pete Stidham, owner of the Original Breakfast House in North Phoenix, has decided to donate 100% of all his take-out order proceeds to the employees he has had to put on furlough.

"This way at least they get a little something in their paychecks. It's not the full amount but it's something," said Stidham.

The California beach-themed restaurant has been a staple in the neighborhood for the last seven years.

Stidham, who has worked in the restaurant industry since 1966, says he knows the plight of his employees.

"I started as a dishwasher at Denny's 50 years ago. I know how hard it is and how employees are struggling, just barely making their bills. It's tough. They're the ones suffering the most," said Stidham.

Employees who worked at the Original Breakfast House told ABC15 they were extremely touched by their boss' move.

"John is just a remarkable man. We're his family. He is our family. [We're] just so thankful. He didn't have to do that," said Seta Garabet, who has been a server at the diner for five years.

She, like others, suffered a big hit to her paychecks due to the sudden decline in business, and the move to take-out only.

"It's been about $800 less. It's tough. We're deciding what bills to pay. It's a roll of the dice right now as to what bill I'll pay," said Garabet.

Stidham, who is in his early 70s, says he could have easily closed the shop and gone home to take a break. The only reason he's kept the doors open, he says, is so his staff can get paid.

Loyal customers have also been generous to the staff, giving them big tips. While ABC15 was in the restaurant, a customer dropped off a check for $300 with a note stating it was "for your wonderful staff."