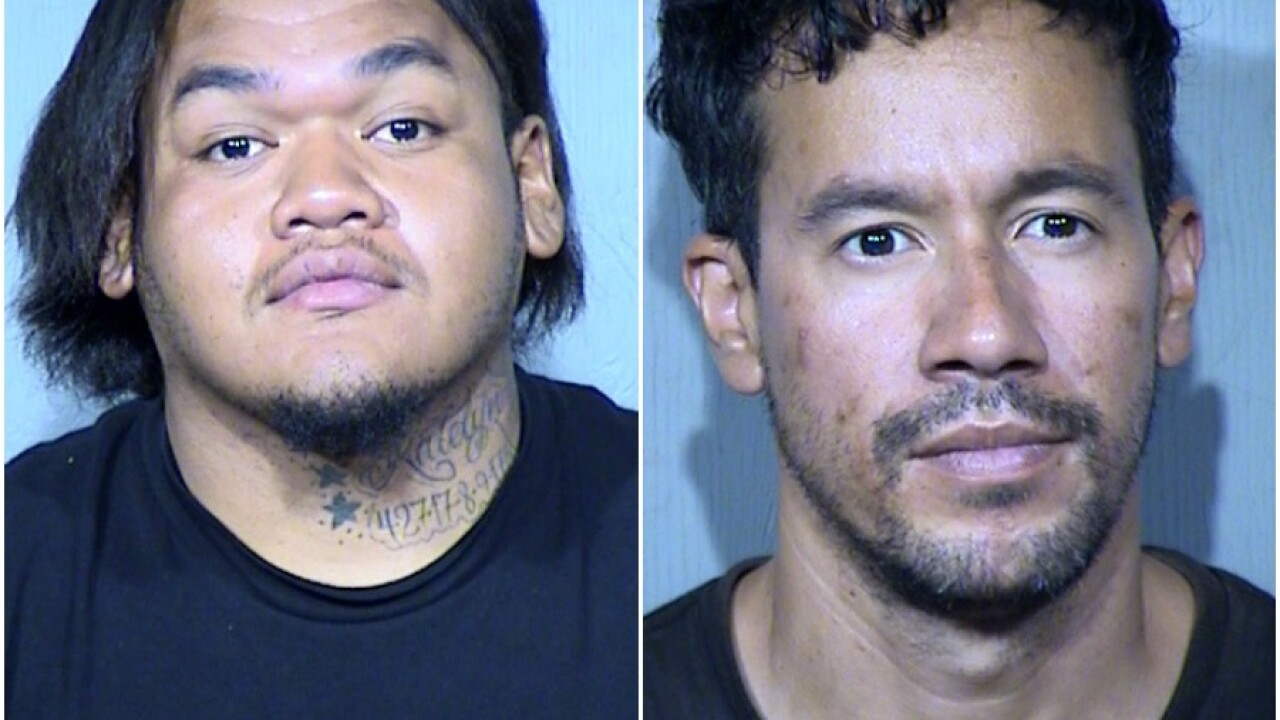 PHOENIX — Two employees recently fired from a restaurant in north Phoenix have been arrested and accused of robbing their former employer.

Phoenix police say two men entered the Oregano's near Tatum and Cactus through the back door after the restaurant had closed late Monday night.

Police say the men wore hoodies and covered the lower parts of their faces. One pulled out a gun and forced the manager into the back office. The other forced an employee to the ground, put a towel over his head and took his cell phone and the cash in his wallet.

Court paperwork details the manager told police the suspect who held him at gunpoint never spoke, but once in the office motioned between him and the safe with a gun.

The manager emptied the safe into a bag the suspect brought and both left through the same door they used to enter.

Store employees told investigators the suspects appeared to know the layout of the kitchen and other back areas and said they resembled two people who had been fired recently, police wrote in a criminal complaint.

One of the ex-workers, 21-year-old Deander Miller, was seen at his home in Youngtown loading bags into a vehicle.

Police stopped his vehicle near Grand and Peoria avenues and found $1,400 in bundled cash, which matched what was taken from the restaurant.

Papers inside the bag containing the cash tied it to 37-year-old Michael Munoz, who was a passenger in Miller's vehicle.

Both men have been charged with armed robbery and kidnapping.