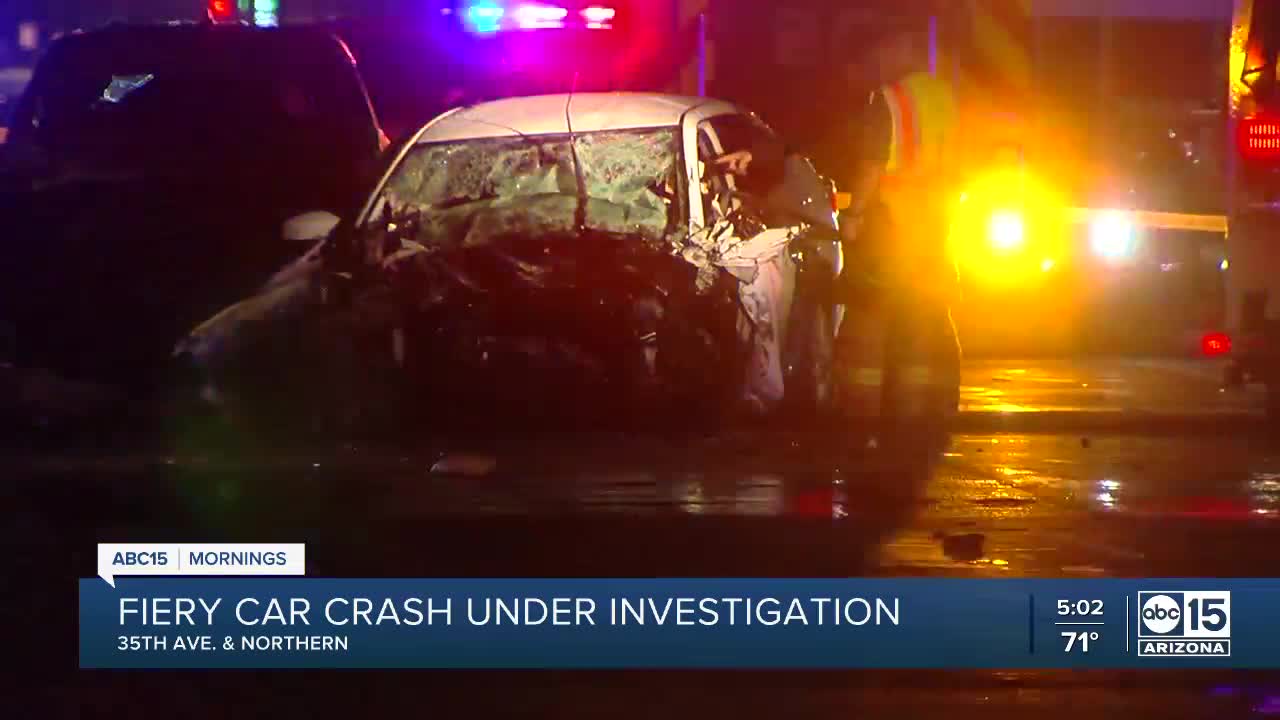 Police are investigating the cause of a fiery crash Sunday morning near 37th Avenue and Northern.

PHOENIX — The Phoenix Police Department is investigating a crash that happened early Sunday morning near 37th and Northern avenues.

At about 12:30 a.m. officers were called to the area for a crash involving three vehicles.

Authorities say a Nissan Sentra, driven by a 25-year-old man, was traveling westbound on Northern Avenue when he crossed into the eastbound lane and hit a 2012 Chevrolet Traverse.

The Sentra continued traveling westbound after the initial crash and struck a 2020 Dodge Durango.

Paramedics with the Phoenix Fire Department transported the driver of the Nissan to a hospital with life threatening injuries. Police are working to determine if impairment is a factor.

Paramedics also transported a 31-year-old male driver and 28-year-old female passenger of the Durango to a hospital with serious injuries. Police say the driver of the Durango has been cited for driving impaired.

The 33-year-old male driver of the Chevy Traverse remained on scene and suffered only minor injuries. He was evaluated and did not display signs of impairment, according to Phoenix police.

Officers at the scene tell ABC15 that one vehicle caught fire immediately following the crash. It's unclear which vehicle and if anybody involved suffered burns.