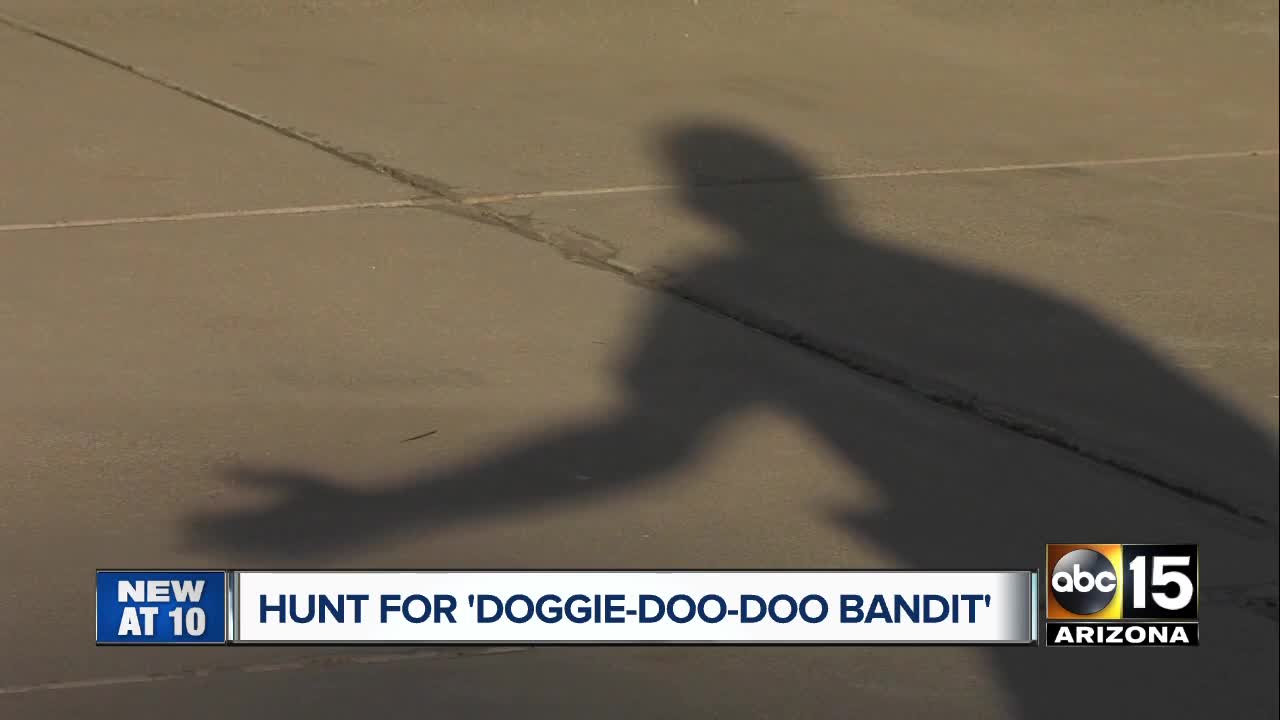 A Phoenix man has a message for a particular pet owner after they failed to scoop up the droppings of their pet. 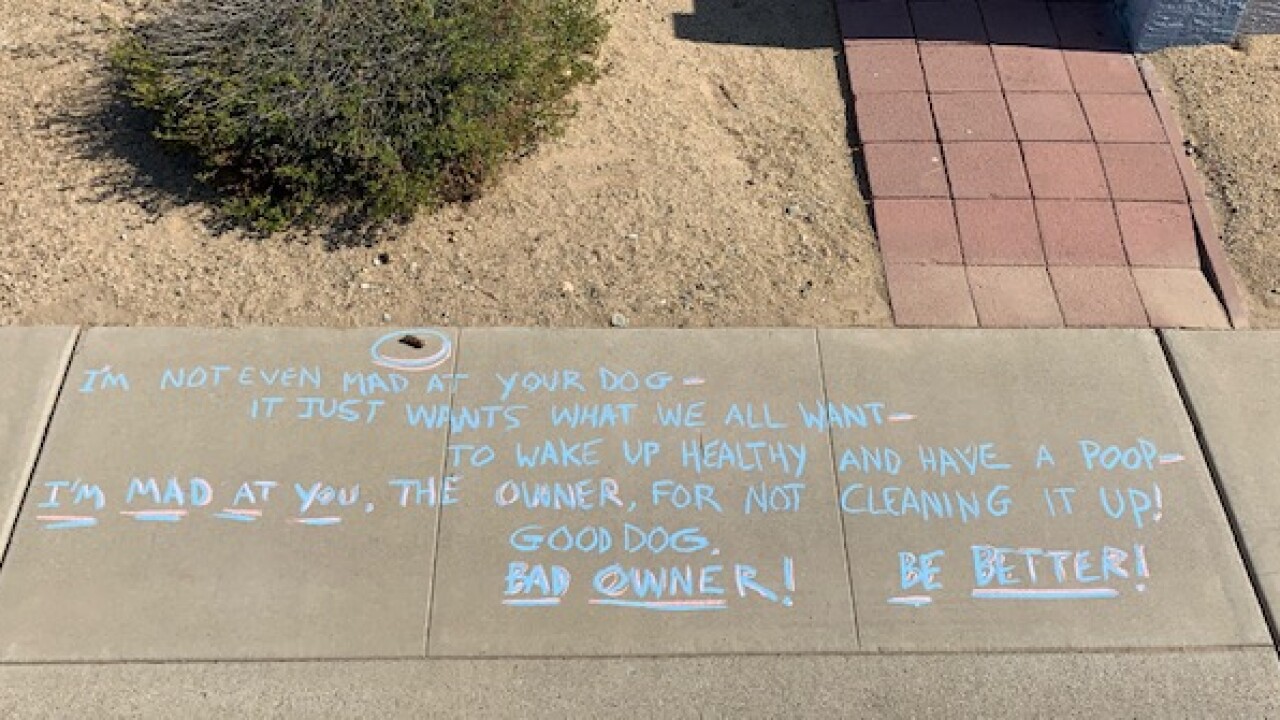 PHOENIX — A Phoenix man has a message for a particular pet owner after they failed to scoop up the droppings of their pet.

The man, who wanted to remain anonymous, said an unknown dog owner has been letting their dog poop in and around his yard near 32nd Street and Sweetwater Avenue for several weeks now.

The man even circled one spot of defecation on the sidewalk with chalk and left a message for the dog owner, hoping it would draw attention to the issue. He says his attempt at communicating with the unknown owner did not work.

"I started circling messes because they are not picking up the poop-- from the top this whole thing stinks," the upset man said. "I don't know if it's somebody new in the neighborhood, or if this is malicious, but what I do know is somebody needs to start picking up after their pets."

Since bringing attention to the incident with chalk, the man claims the frequency of droppings has increased.

"I don't appreciate when I come out in the morning and I find poop on the sidewalk... I mean this is getting ridiculous," the man said.

The man hopes the dog owner will see his message and be better about picking up after his pooch.