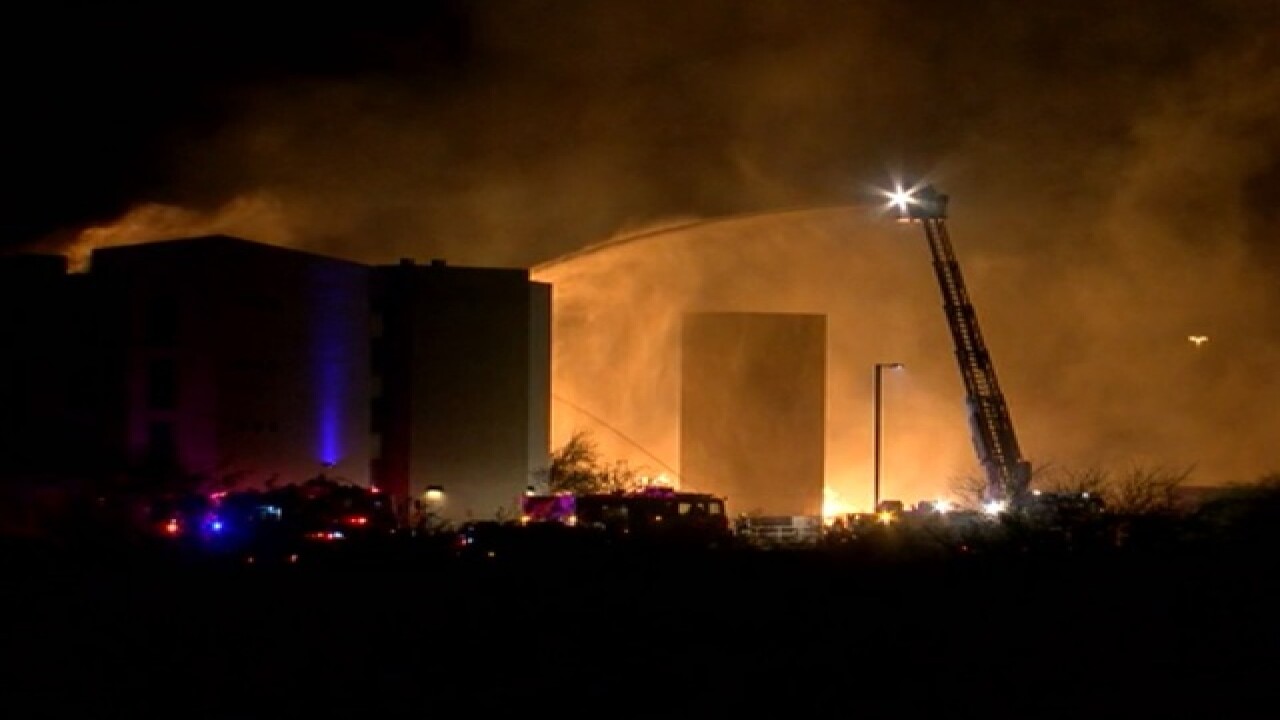 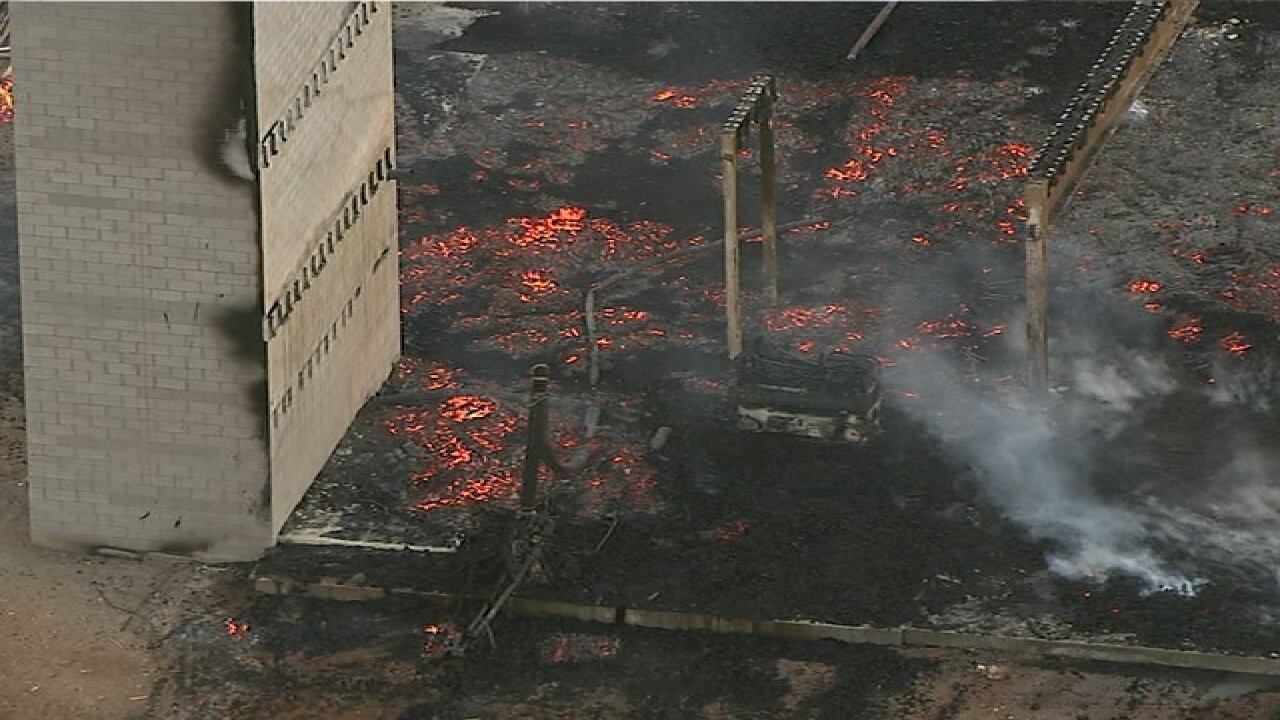 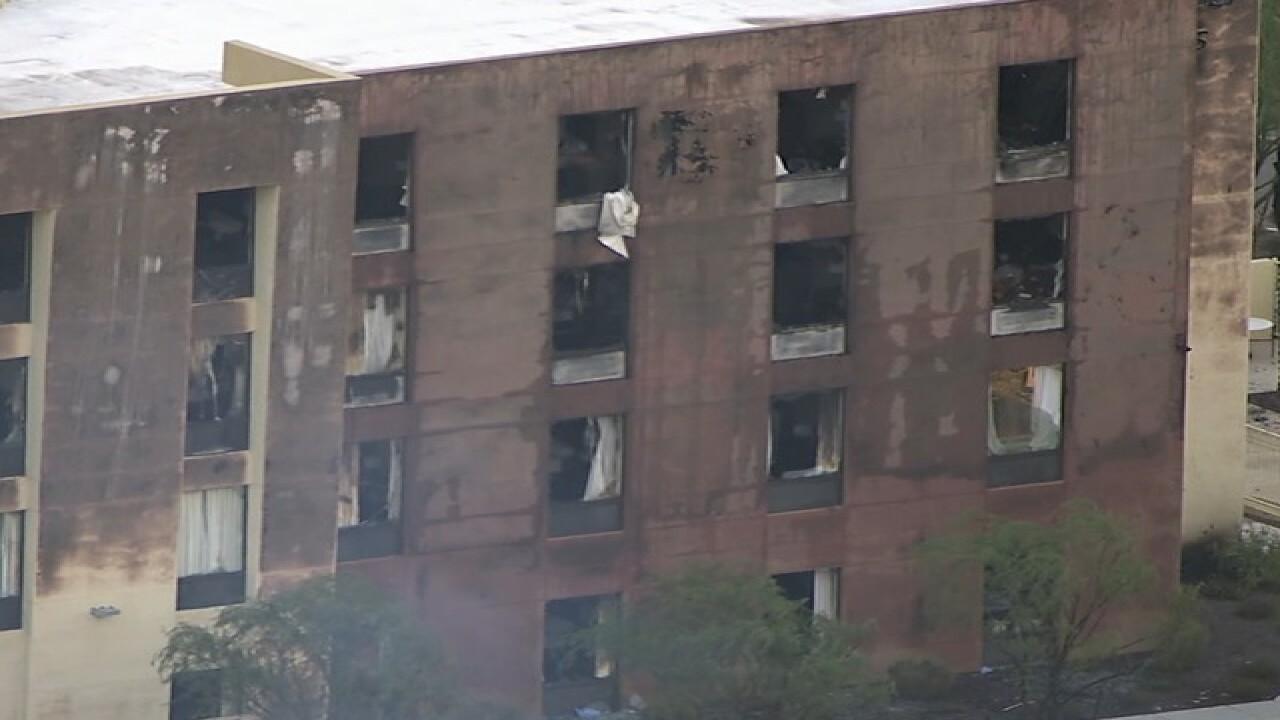 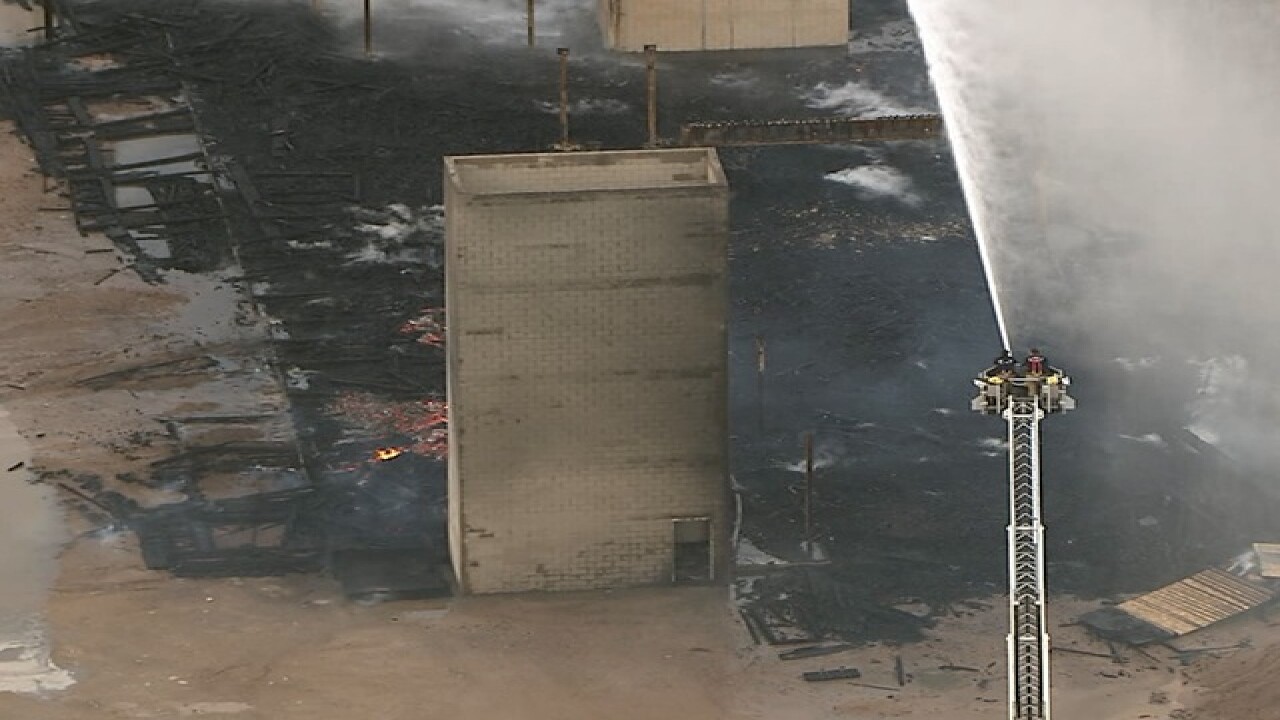 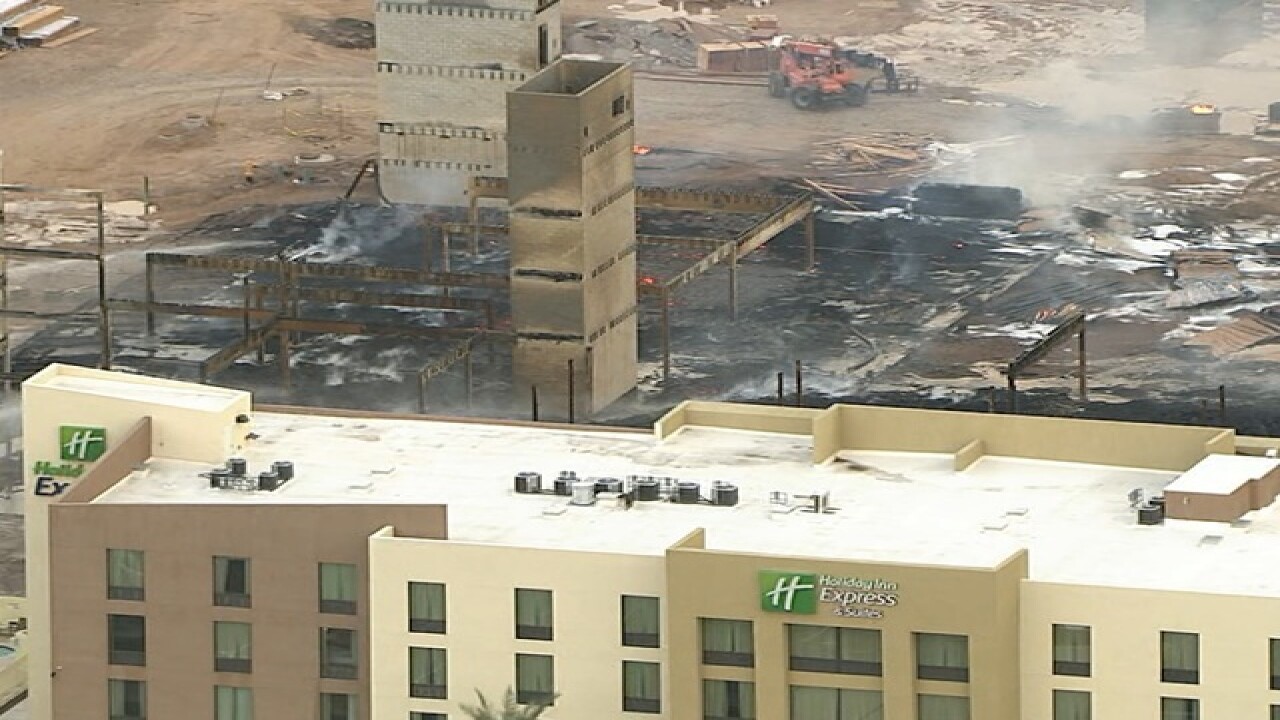 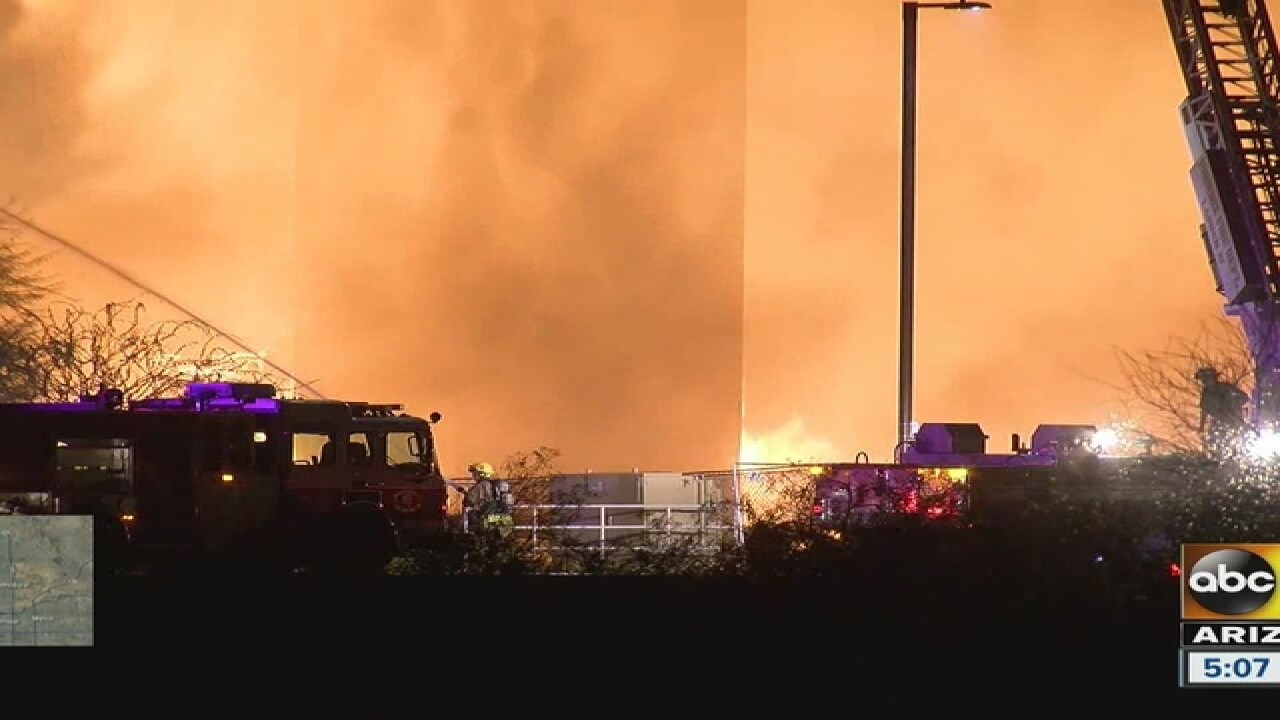 Phoenix fire crews are on the scene of an intense structure fire near Desert Ridge Marketplace.

The two-alarm structure fire was called out shortly before 3:30 a.m. in the area of Loop 101 and Tatum Blvd in north Phoenix.

Phoenix Fire says the blaze broke out at a hotel under construction behind the Holiday Inn Express.

Take a look at this @HolidayInn. The 2nd alarm fire next to the hotel at L-101/Tatum damaged one side of the hotel. pic.twitter.com/26NRannvbn

All guests at the hotel have been evacuated, and fire crews say portions of the hotel were scorched and had blown-out windows.

Eight Phoenix police officers, including some who were helping leave the Holiday Inn Express, were checked out for smoke inhalation but are OK.

Other officers helped put out a brush fire that sparked nearby from falling embers, according to information at the scene.

The cause of the fire has not yet been determined.

A better look at damage. Some Workers pointing to arson after hotel goes up in flames on 101/Tatum @abc15 pic.twitter.com/ay4fxgVWBs

It got hot! Melted patio furniture outside Holiday Inn after nearby fire. Guests said it looked like daylight. pic.twitter.com/iJFNLSrbOg