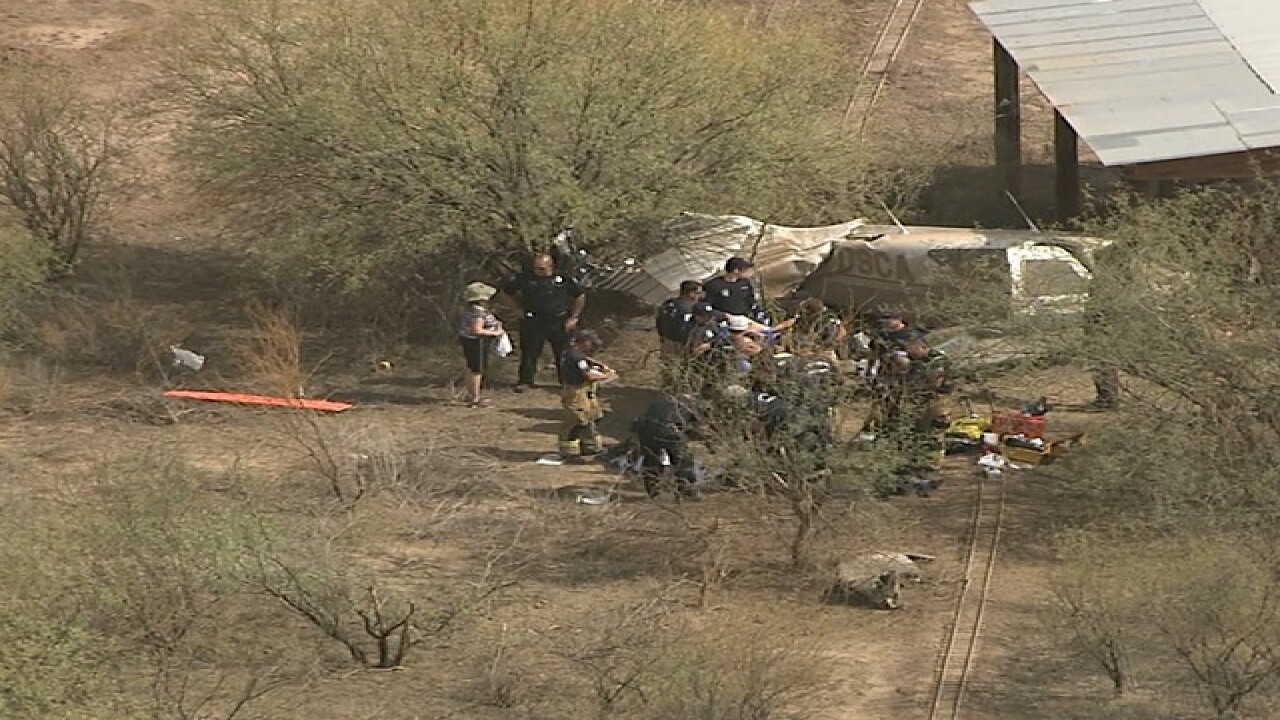 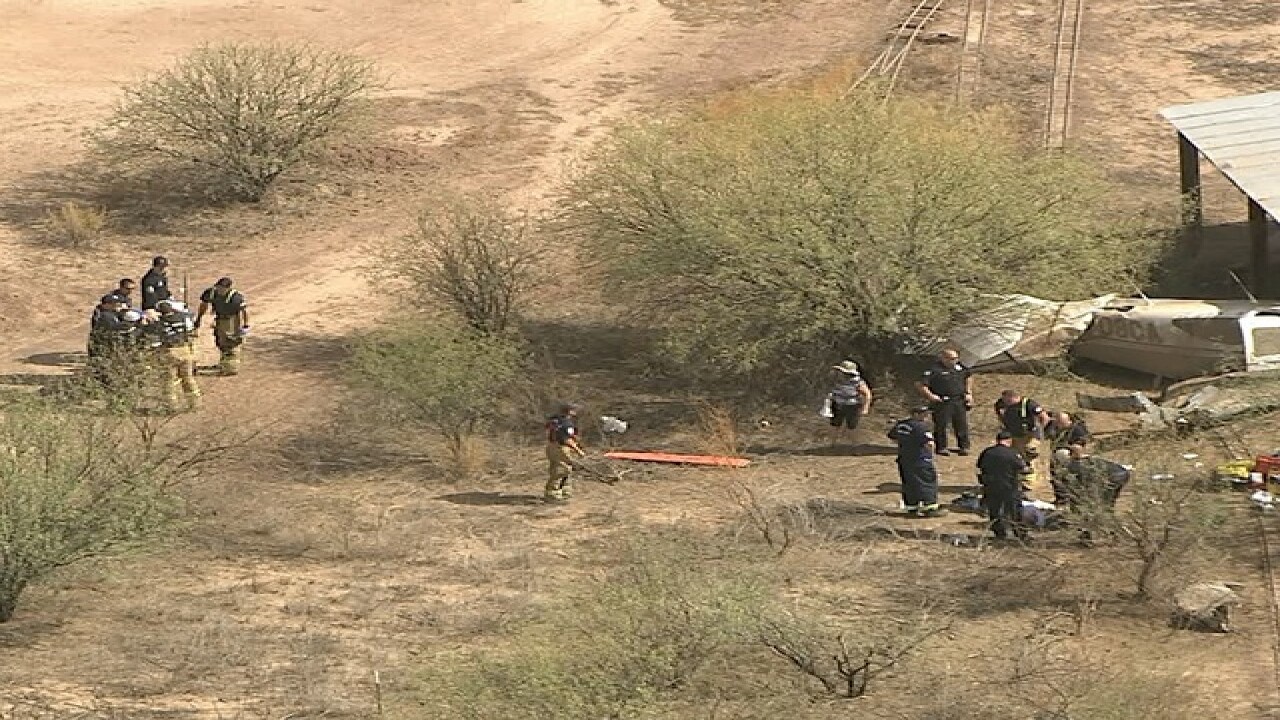 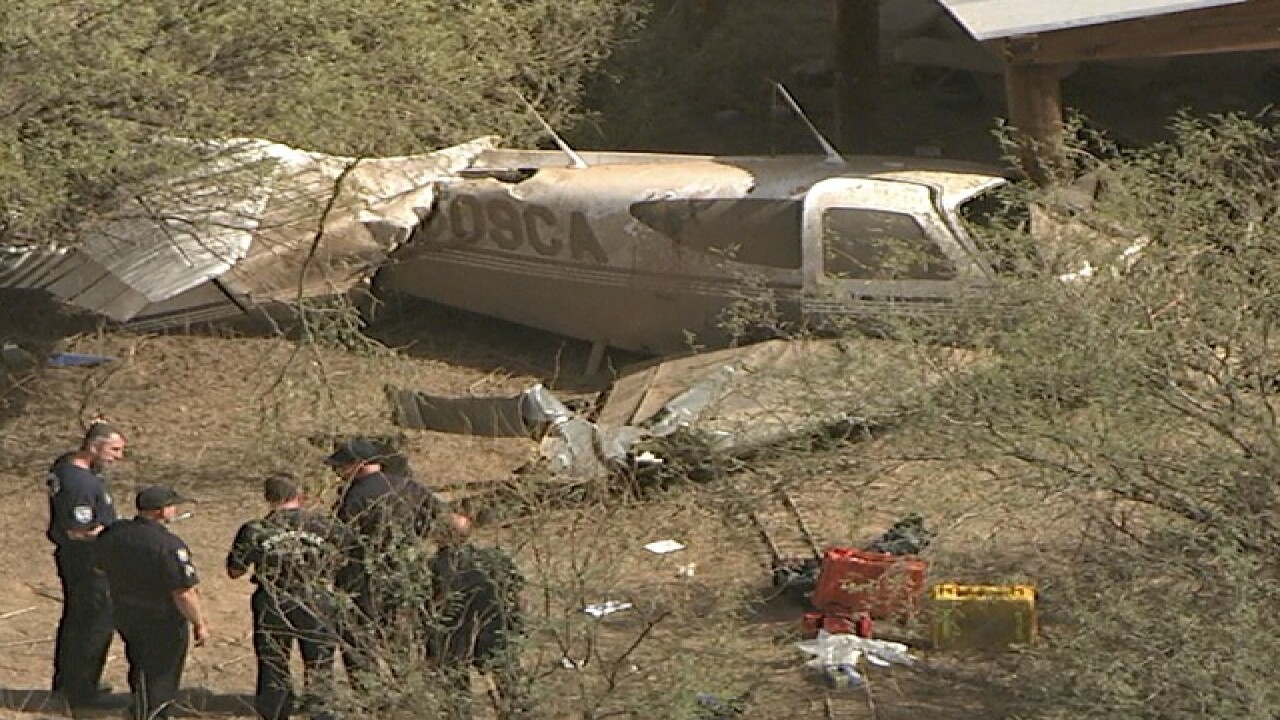 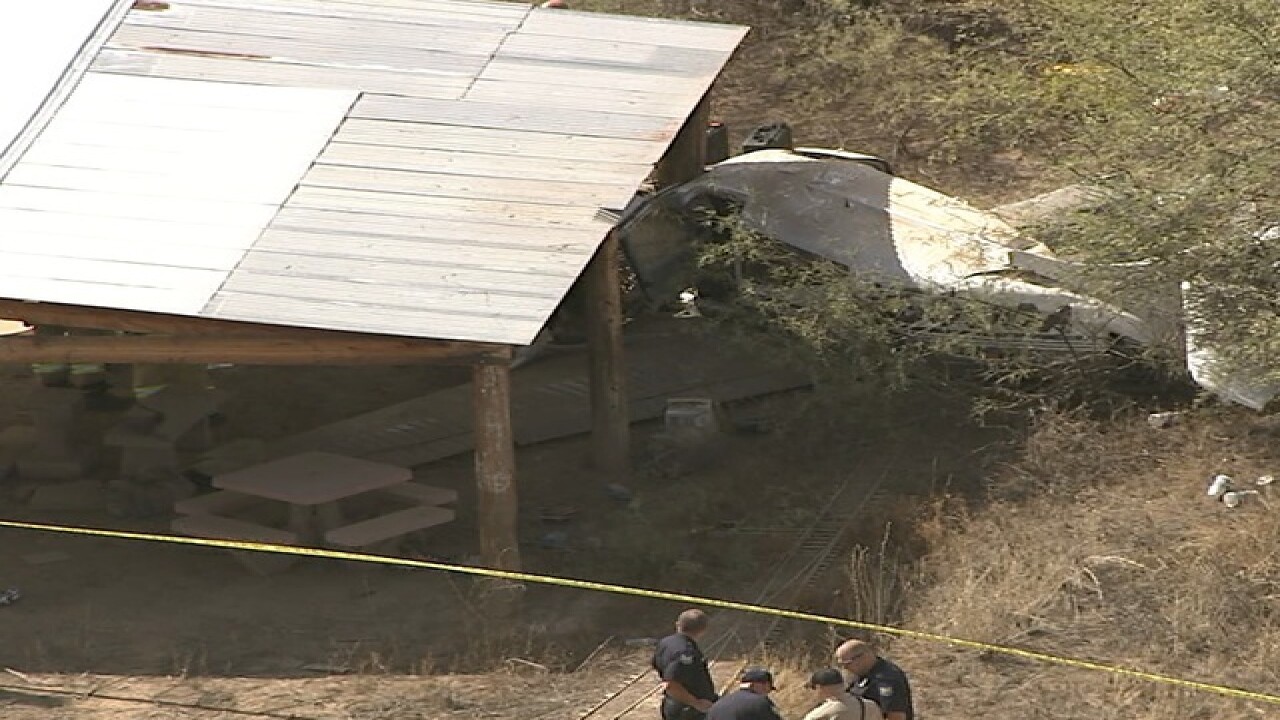 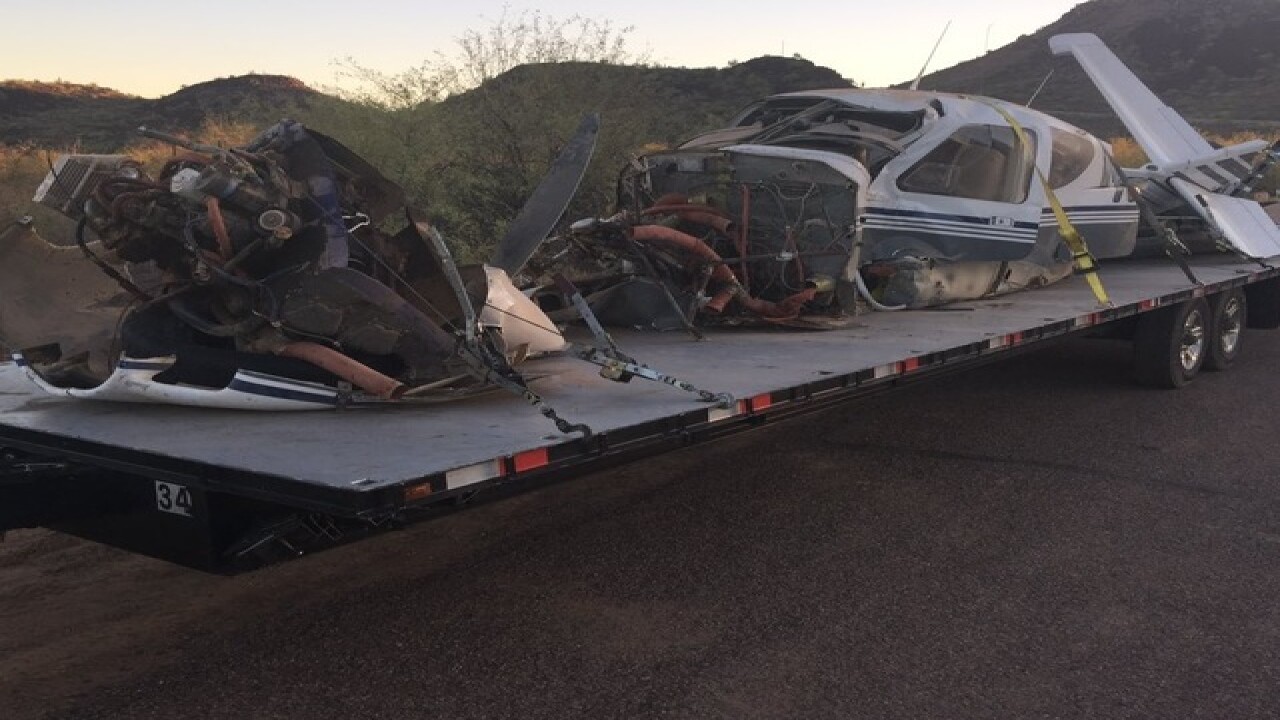 Officials are investigating what caused a plane to go down in north Phoenix on Wednesday morning.

The call for an aircraft down went out after 10 a.m. in the area of 43rd Avenue and Pinnacle Peak Road.

Emergency crews could not find the scene at first, but ended up finding the twin-engine Rockwell Commander crashed into a small structure in an area a few miles west of Deer Valley Airport.

Phoenix police made contact with two patients, a man and woman who were in serious but stable condition, according to Phoenix Fire officials.

Pilot didn't make it to California for his Bday, but he's lucky to be alive after N Phx crash. pic.twitter.com/NKl7iz6aww

They have been taken to the hospital for treatment.

Phoenix fire officials said it was a miracle two people walked away alive from the crash, based on the damage done to the aircraft and considering the plane did not land on a landing strip. Fire officials say the pilot had seen an engine light turn on then contacted the Deer Valley Airport placing a mayday call.

Fire officials said the pilot was with his wife flying for his birthday; they were flying to California to celebrate.

They say medical crews were able to respond quickly to the rural area with the help of a hiker who spotted the crashed plane and was able to assist officials in locating it.

ABC15 has learned the plane is registered to a Mesa address.

The NTSB and FAA will be investigating the cause of the crash.