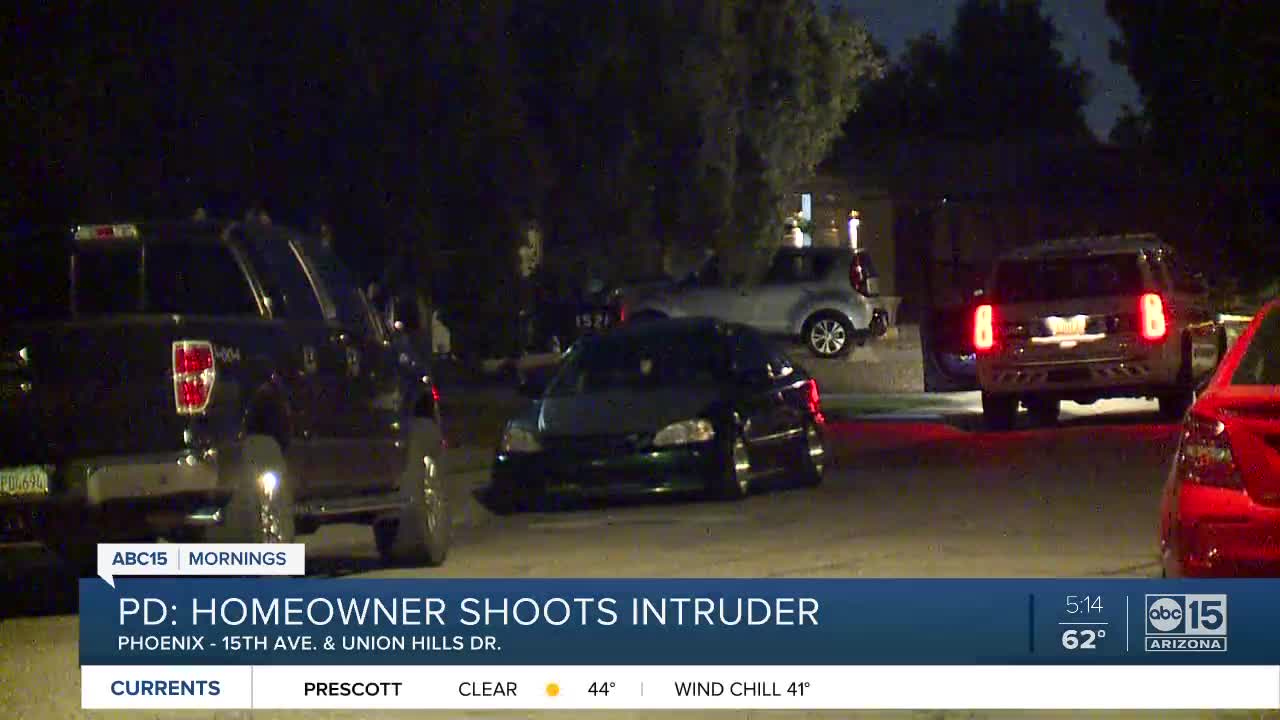 PHOENIX — Phoenix police say a man was shot during an attempted robbery at a home early Wednesday morning.

Officers were called to the scene near 15th Avenue and Union Hills Drive.

Police say three suspects were arrested nearby in connection with the robbery attempt. Two of the suspects were 16 year old males, and the third was identified as 19-year-old Jykese Davis.

Then, they began struggling over the victim's gun, and the victim was shot. Police say the victim suffered a serious, but not life threatening injury.

The 16-year-old males were booked into the Durango Juvenile Detention facility on one count of armed robbery. Davis was booked for armed robbery and aggravated assault.