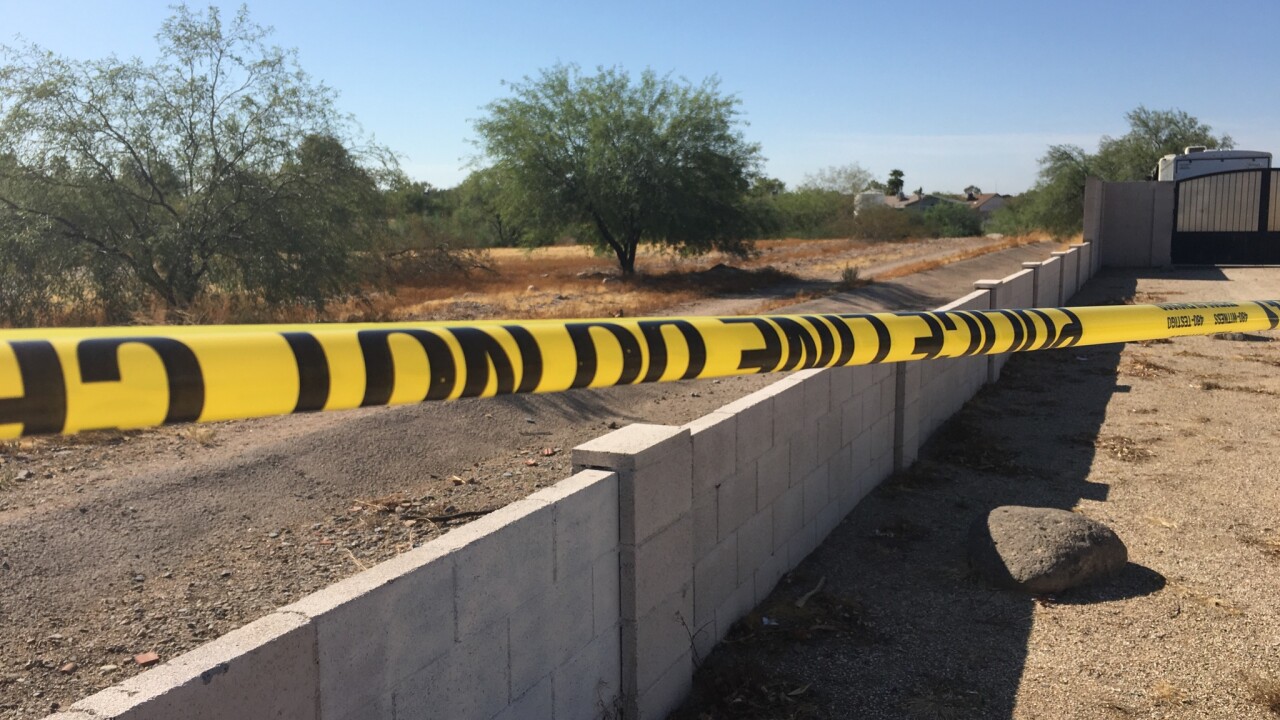 PHOENIX — Police are investigating a homicide that occurred in the area of 35th Avenue and Beardsley Road early Friday morning.

According to Phoenix police, the incident reportedly occurred around 6:30 a.m. when police responded to a call for gunshots in the north Phoenix neighborhood.

Police officials confirmed they have a suspect in custody, but details regarding the suspect's identity were not immediately available.

The homicide is believed to have occurred in a wash area. Police confirmed an adult male died from injuries related to a gunshot wound.

No further information has been released about the victim or the investigation.