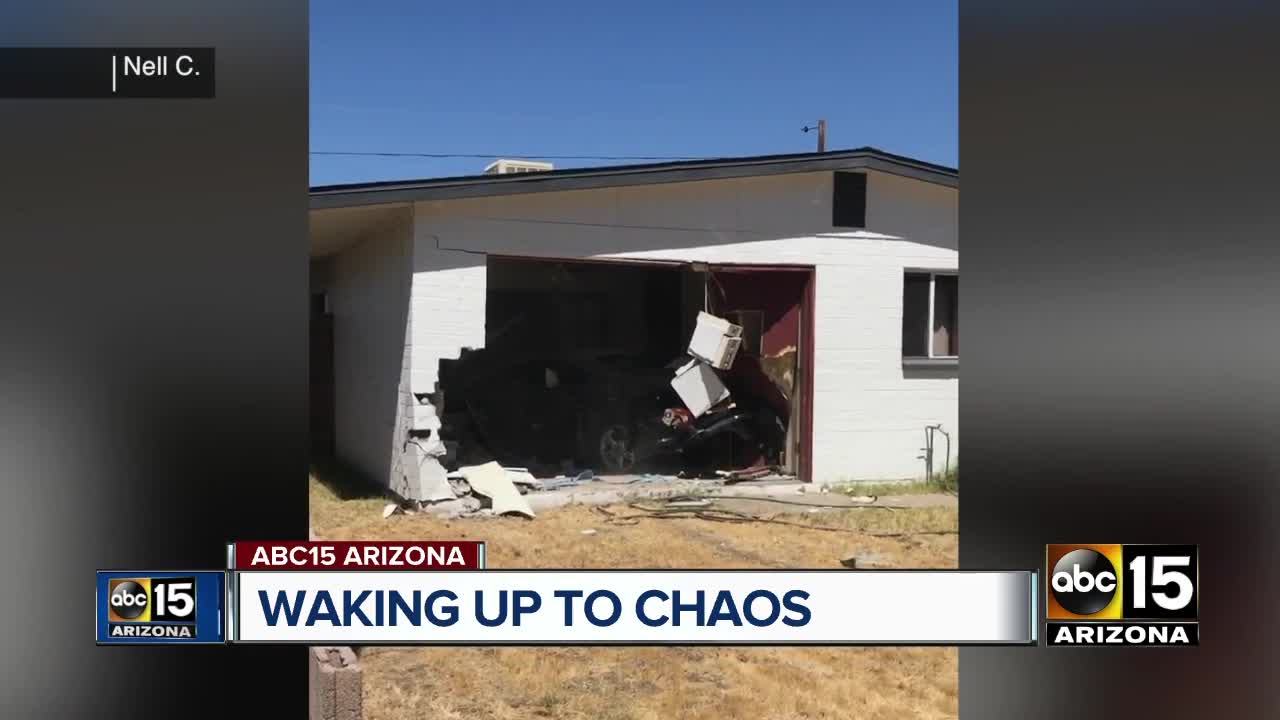 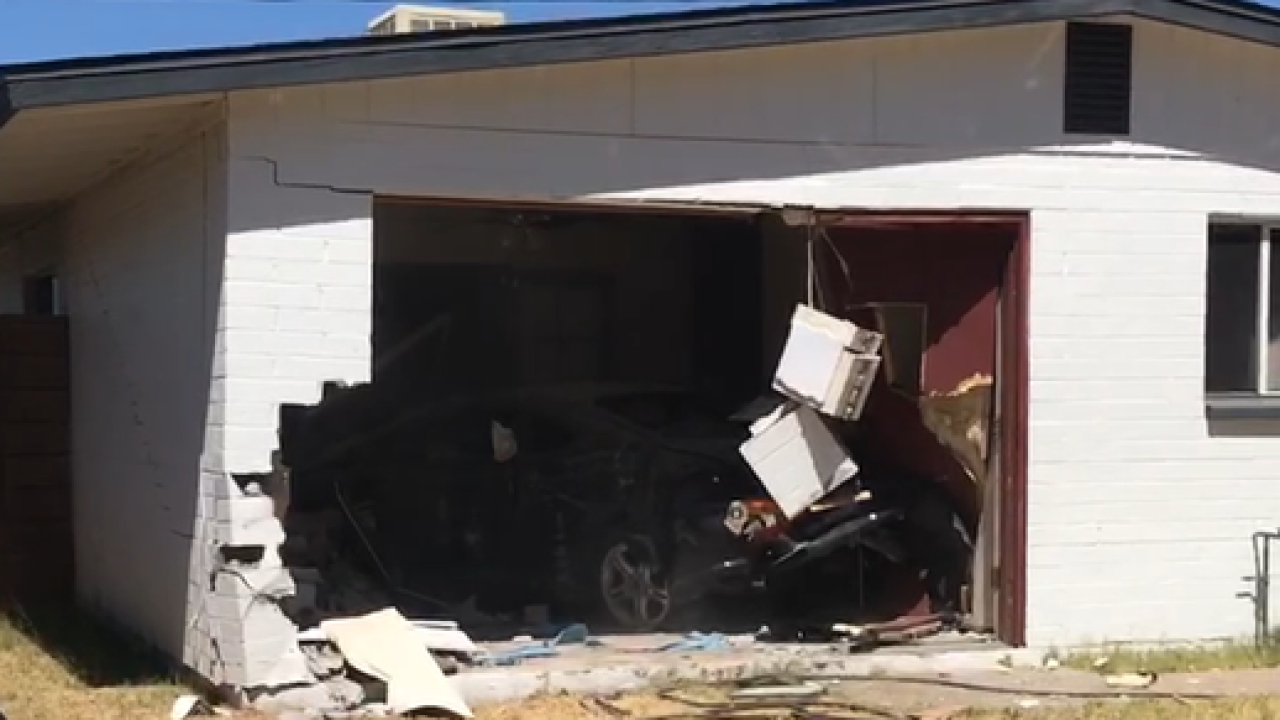 PHOENIX — Authorities are looking for a hit-and-run driver who caused a car to crash into a Phoenix home Saturday morning.

Watch closely: Police looking for this silver pickup said to be a 2011 Ford150 that fled the scene of a crash this morning, that truck pushed another vehicle into a home. If you know or saw anything near 21st. Ave & Sunnyside call @SilentwitnessAZ 480-WITNESS pic.twitter.com/bxwgSgDJHx

The incident happened around 10:30 a.m. near 21st and Sunnyside avenues, according to Phoenix Police Sgt. Maggie Cox.

When officers arrived on scene, the crash victim told police he and another driver got into a traffic dispute near 19th and Peoria avenues.

The victim said after the dispute, he drove off and the other driver followed him and crashed into the back of his car, said Sgt. Cox.

The impact of the collision pushed the victim's car into the house. Police say the homeowners were not there when the crash occurred.

"They were going like 80 miles an hour down this road," said Nellie Fournier who witnessed the accident.

Her doorbell camera captured the truck that police say fled the scene and can be seen racing away from the crash.

Fournier and other neighbors ran to help moments after the collision. "We were talking to the father and son that were in the car, asking if they were okay," said Fournier.

Police are looking for the suspect who drove away in a 2011 Silver Ford150 truck.

Anyone with information concerning this incident is encouraged to contact the Phoenix Police Department at 602-262-6151 or if they wish to remain anonymous, they can contact Silent Witness at 480-WITNESS or 480-TESTIGO for Spanish.