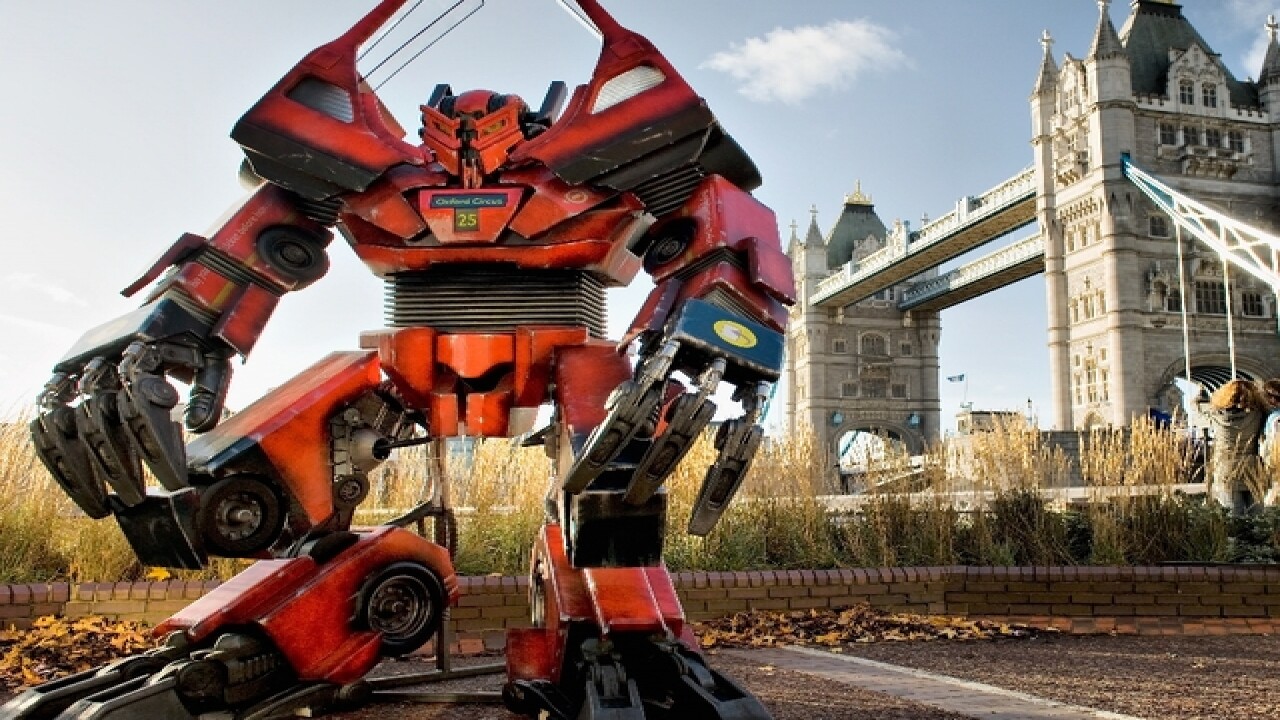 The Arizona Department of Transportation says a portion of the Loop 303 will be closed for five days while "Transformers" takes over -- yes, you read that right.

Starting at 2 a.m. Friday and continuing through late Wednesday, June 15, Paramount Pictures will be filming for "Transformers 5: The Last Knight".

It's hot out there, but don't worry. The #Transformers crew is unloading fans. #abc15 pic.twitter.com/52w8eoWsOq

ADOT says drivers needing to get around the closure can take westbound SR-74 to southbound Lake Pleasant Parkway, which will lead to Loop 303 westbound and southbound.

Eastbound Loop 303 drivers can exit at Lake Pleasant Parkway and take SR-74 north to connect with I-17.

The crews will be shooting in Phoenix for two weeks, according to a production spokesperson, before moving on to Michigan. They're having a "great" time, despite the heat "which we're not used to," the spokesperson said in an email.

The movie studio received permission to film through a permit with ADOT.

Excited to welcome @transformers and @michaelbay to #AZ! The #transformers gleam brightest in the Arizona sun.

It has been a while since a major motion picture stopped to shoot in Phoenix. Arizona got rid of its state film office in 2010, along with the tax incentives that typically attracts movie makers.

Shooting for Everything Must Go, which starred Will Ferrell, was partially done in Phoenix in 2010. Two years later, One The Road, starring Kristen Stewart, was also partially shot in the Valley, said Phil Bradstock, film commissioner with the Phoenix Film Office.

Transformers is arguably the biggest name to shoot here in recent years.

Bradstock is responsible for attracting projects to Phoenix. He works with producers to secure the necessary permits they need within the city.

As crews work around the state, they will coordinate with each city and agency to secure the permits they need.

While not having tax incentives makes it a bit tougher to attract Hollywood to the state, Arizona is not a barren wasteland when it comes to commercials or photography.

Because of our year-round good weather during the winter months, Arizona becomes an ideal place to shoot commercials or commercial photography, said Bradstock.

In May, Productions 52 shot a spot for Salt River Project, Harley Davidson of Scottsdale shot a TV commercial, and Raw, a UK-based production company, was in Phoenix filming a documentary on incarcerated women.

Between December 2010 and January 2016, 56 projects were completed in Phoenix and brought $110 million to the state. Now, the state averages $10 to $13 million each year, according to Bradstock.

When projects come to the state, the crew has to sleep in hotels; they eat at local restaurants; they purchase materials from local businesses for the set, and hire Arizonans; all things that drive the local economy, he said.

At that time, Ducey's office said it had received more than 150 letters and was reviewing those requests.