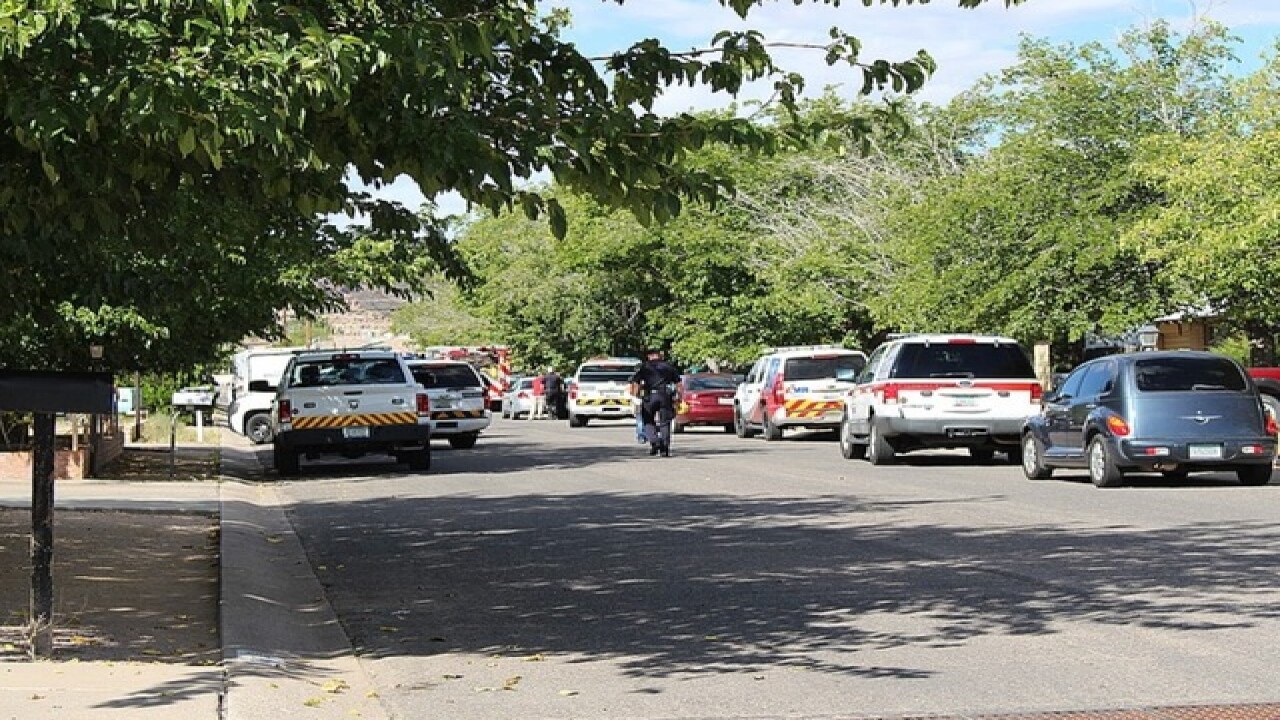 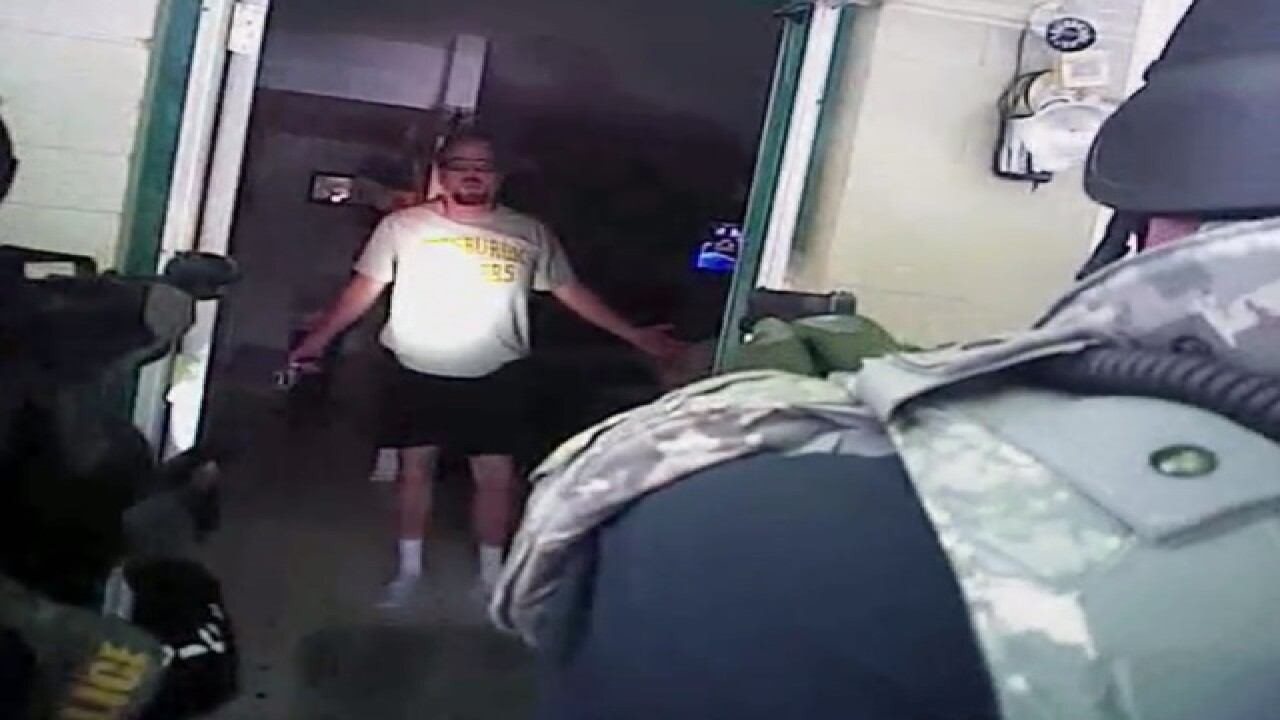 By: Vivian Padilla, Associated Press
Posted at 3:59 PM, Sep 30, 2016
Authorities say a Kingman police officer fatally shot a man who fired a weapon at officers after they were attempting to serve a search warrant for a stolen firearm early Thursday morning. The man killed has been identified as Jeffrey Clair Cave, 53.
Officials said Dennis Gilbert, a detective who was shot, is still in the hospital in stable condition but is okay. He and Nicholas Schmitz, also a detective, fired their weapons at Cave; only Gilbert was struck by Cave's firearm.
Gilbert, 57, and Schmitz, 27, have both been placed on paid administrative leave, which is routine for officer-involved shootings.
Officials also said James Brice, a lieutenant, had a bullet pass through his clothing but was not injured. All three officers were wearing tactical ballistic body armor at the time of the shooting.
Officials said they were at Cave's home to serve a search warrant on Thursday around 9:30 a.m. related to a stolen firearm. The weapon Cave fired at officers was not the stolen weapon officers were looking for.
Gilbert has been with the Kingman Police Department for 17 years; Schmitz has worked with the department for over three years; Brice has worked with the department of 25 years. Schmitz previously worked with the Flagstaff Police Department for over two years. Gilbert previously served with the United State Marine Corps for 20 years before retiring and then working for the Kingman Police Department.
They say it's protocol to have an outside agency investigate an officer-involved shooting incident and the Bullhead City Police Department will be handling the probe.
Copyright 2016 Scripps Media, Inc. All rights reserved. This material may not be published, broadcast, rewritten, or redistributed.