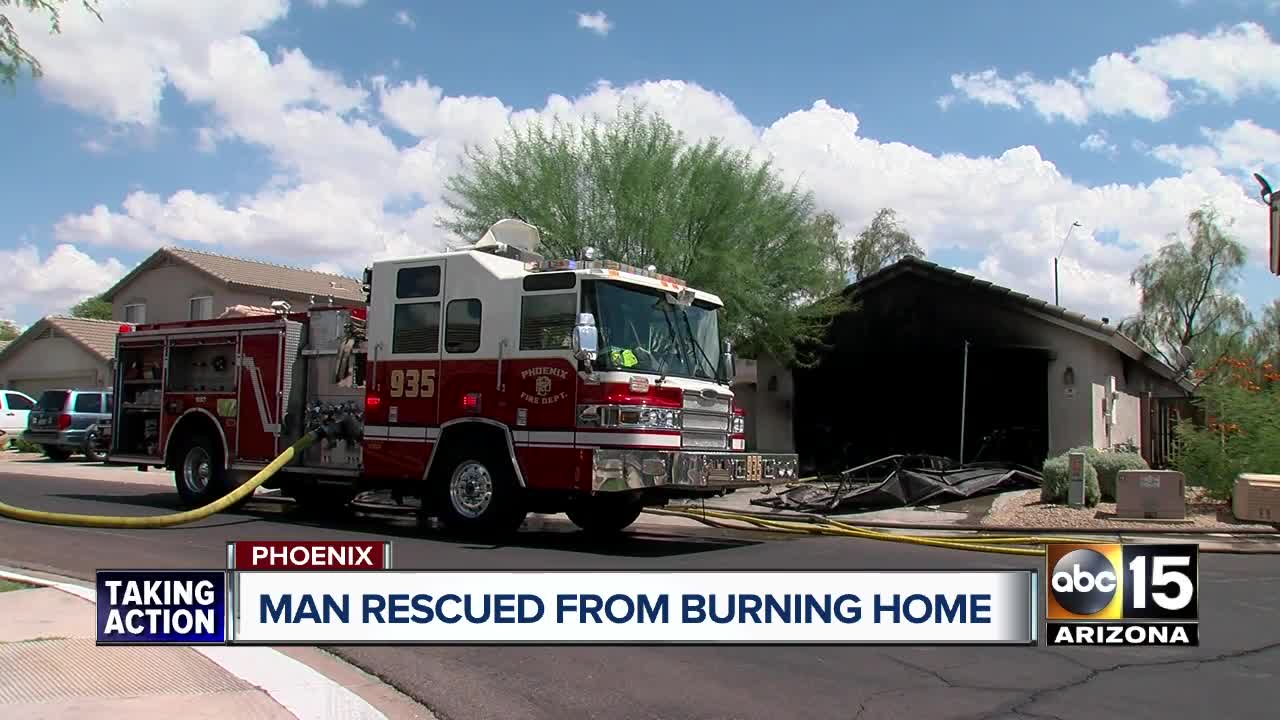 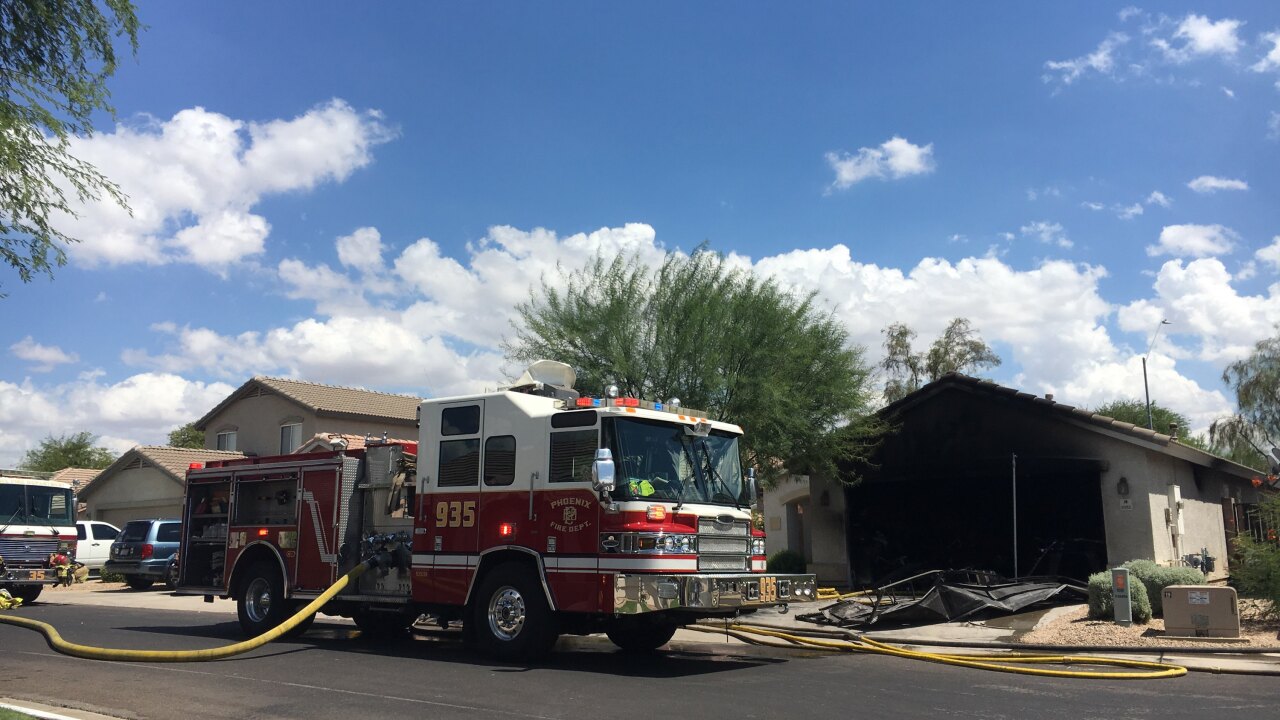 PHOENIX — The Phoenix Fire Department rescued a man from a burning home near 11th Avenue and Greenway Parkway on Sunday.

According to Captain Kenny Overton of the Phoenix Fire Department, firefighters responded to a garage fire when they learned a man was trapped in a rear bedroom of the house.

Overton says the man stated he was immobile and in bed. Firefighters were able to quickly rescue the man, who was transported to a local hospital in stable condition for further evaluation.

Fire crews were able to stop the fire in the garage and kept it from extending further into the home.

No firefighters were injured during the incident. The cause of the fire is under investigation, according to Overton.