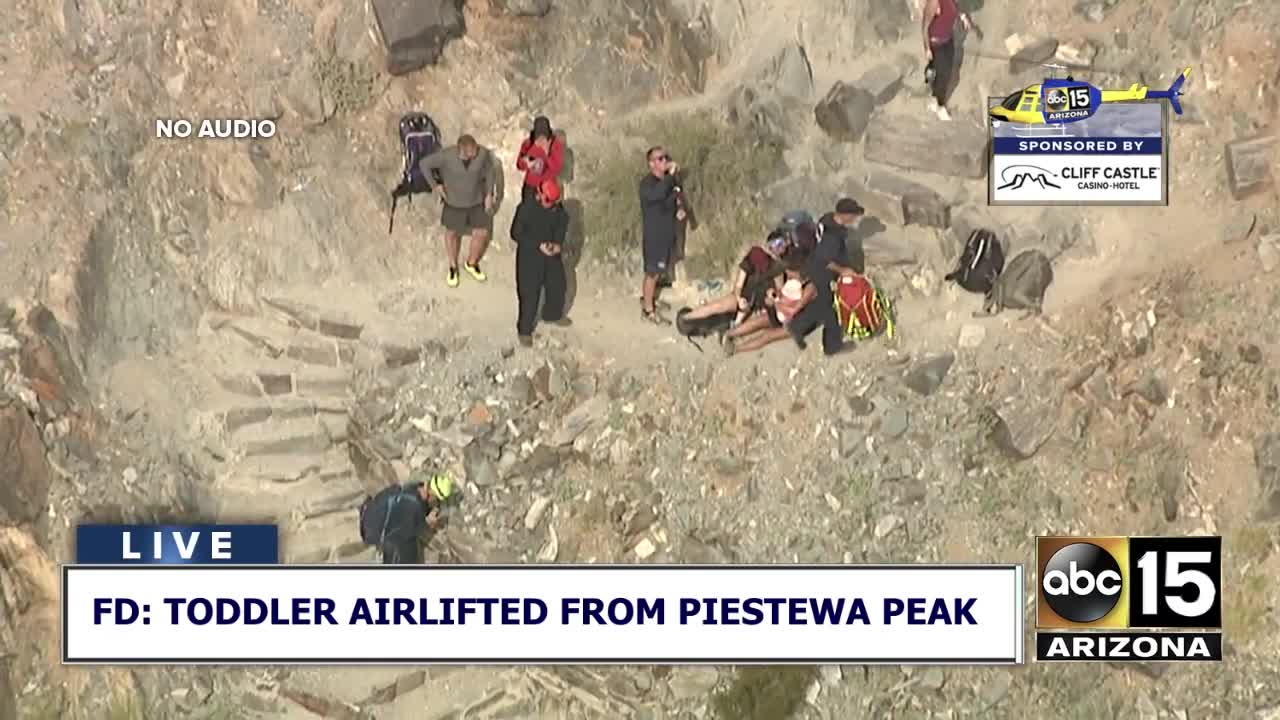 A mother and her 3-year-old son fell while hiking on Piestewa Peak Tuesday. Fire officials say a woman and a toddler were injured during a hike on Piestewa Peak late Tuesday morning.

Crews were called to the scene before noon after a woman fell and injured her ankle. The woman reportedly had a 3-year-old girl with her at the time in a backpack carrier, who also suffered head trauma during the fall.

Officials say the child and mother were airlifted off the mountain and were taken to the hospital for treatment.

Firefighters say both are in stable condition.