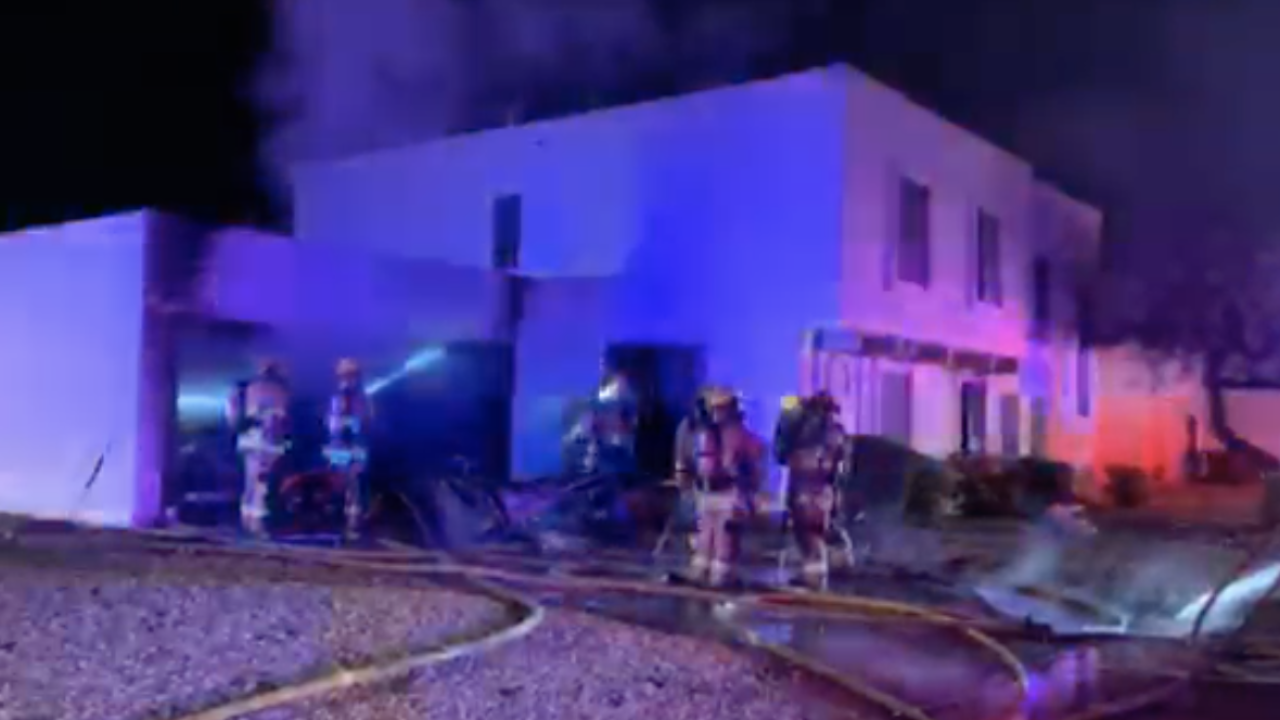 PHOENIX — A man was rushed to the hospital after fire crews rescued him from a house fire in north Phoenix on Thursday night.

Phoenix fire officials say crews responded to a townhome near I-17 and Bell Road after a Phoenix police helicopter spotted a fire while on patrol.

Firefighters arrived at the scene and made an aggressive attack against a fully engulfed garage, and conducted a search and rescue of the residence. Crews did find a man inside who had suffered burns and smoke inhalation. A Phoenix fire spokesperson said firefighters immediately started treatment and rushed the man to the Maricopa Medical Burn Unit. The man's condition was not available.

Crews were able to gain control over the fire and extinguished it. No firefighters were injured during the operation, an official said.

Investigators are on scene and working to determine the cause of the fire, but believe it may have started in the garage.