FD: 1 person dead after crash on Interstate 17 at Pinnacle Peak 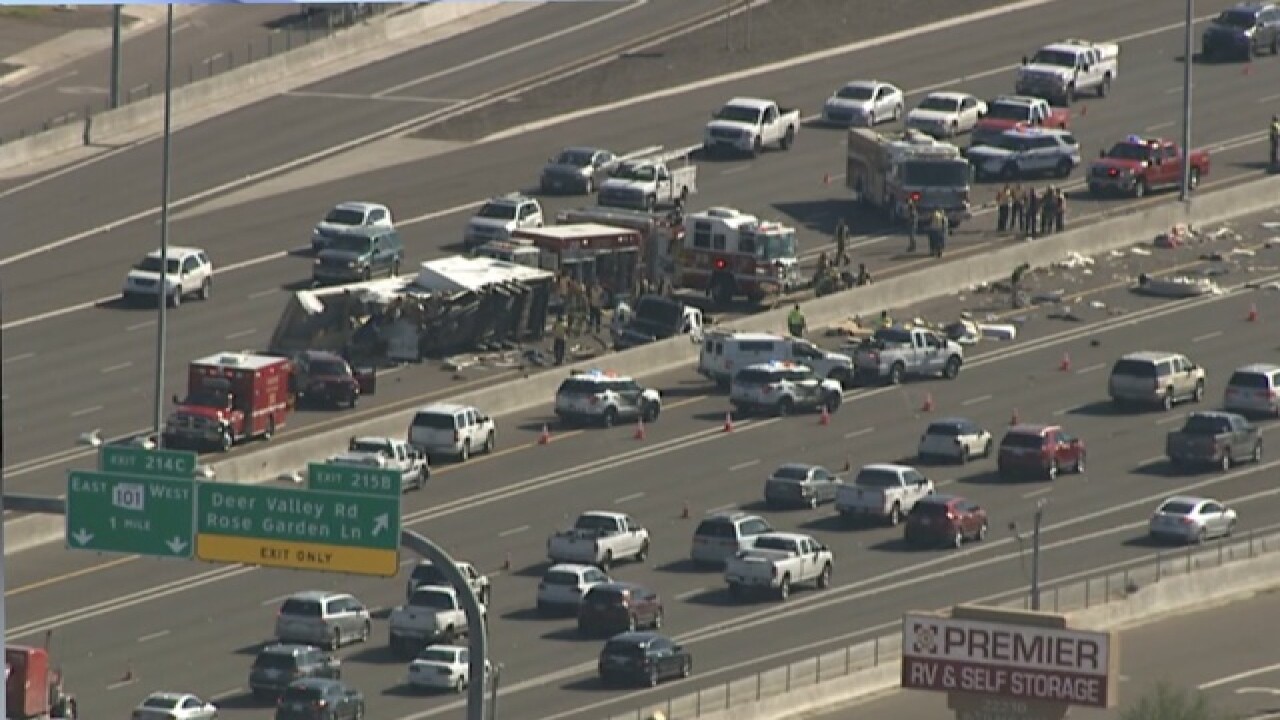 Phoenix fire is investigating a deadly crash on Interstate 17 in north Phoenix.

According to a Phoenix fire spokesperson, a truck that was pulling a trailer blew a tire on Interstate 17 and Pinnacle Peak Road around 1:15 p.m. Wednesday afternoon.

If you're heading out of town on I-17 northbound, this serious crash is likely to cause delays all afternoon. #PhxTraffic pic.twitter.com/WWyag8tFid

At least one person was killed and a second victim suffered injuries, officials said.

Fire crews are working to secure a fuel leak that stemmed from the accident.

BREAKING: Deadly crash I-17 and Pinnacle Peak. Phoenix fire on scene and say there is an active fuel leak. #abc15 pic.twitter.com/DWZ2T519eo

Most lanes were reopened around 3:30 p.m.

Traffic update: SB I-17 is now open for traffic. NB inside lanes are still closed. Traffic passing in outside lanes.

No additional information has been released at this time.