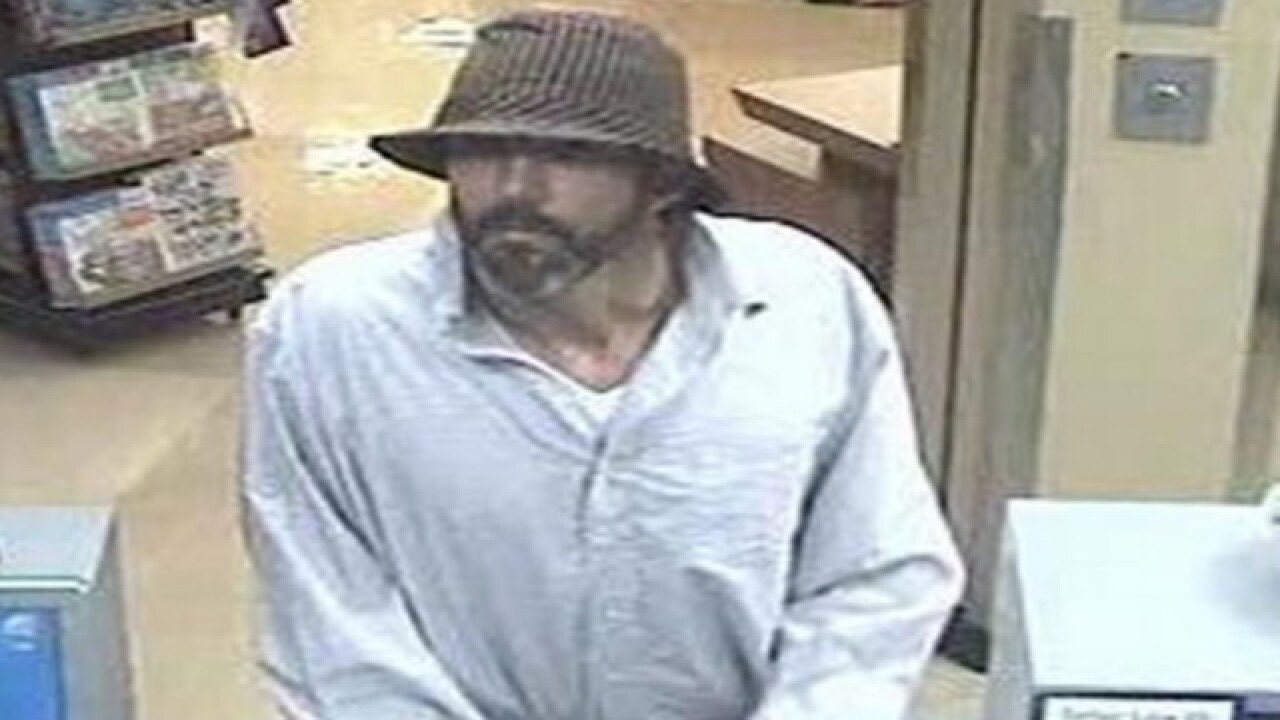 The FBI is asking for help in tracking down a suspect accused of robbing a bank inside a grocery store earlier this week.

A release from the Federal Bureau of Investigation's Phoenix office says the man entered the Fry's grocery store near Tatum Boulevard and Bell Road just before 6 p.m. on October 11. He walked to the Chase Bank branch inside the store and verbally demanded money and threatened the teller with a gun.

The teller complied and gave the suspect money. The suspect demanded more, which was provided, the FBI said.

The suspect left the store and drove off. He should be considered armed and dangerous, authorities said.

The suspect is described as 6' 2" tall and 190 pounds with a full beard and brown and gray hair. He is approximately 40 years old.

He was wearing a brown, Fedora-style hat, long-sleeved white dress shirt, blue jeans and grey tennis shoes at the time of the robbery, according to investigators.