Employees concerned after swastika appears outside of Valley business 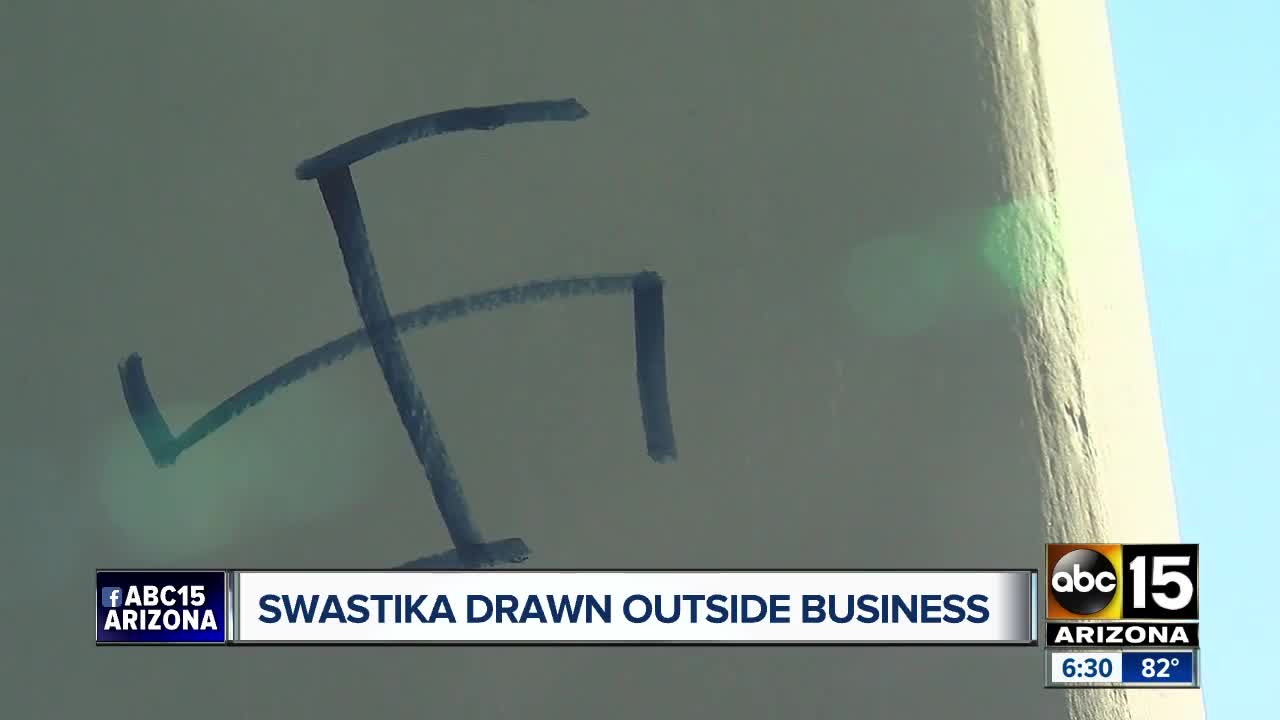 Swastika drawn outside of business ran by Jewish family. PHOENIX — Employees at a Valley business are shaken after someone drew a swastika on a pole out front.

The symbol appeared out front of 'Arizona Best Cars' near 8th Street and Cave Creek Road Thursday morning. The business is run entirely by Orthodox Jews.

"In my heart, I am very sad," said Manager Boris Gelfand.

Gelfand told ABC15 their religious affiliation is well-known, based on the business closing on Jewish holidays.

The swastika that appeared on the pole out front is just a couple feet away from the mailbox, leaving Gelfand no doubt it was directed at them.

"It's very offensive," he said.

Gelfand isn't sure who drew the symbol but has the following message for the person responsible.

"You're a coward," Gelfand said. "Whoever drew it is a coward. If you want to come in and tell it to our face, try it."