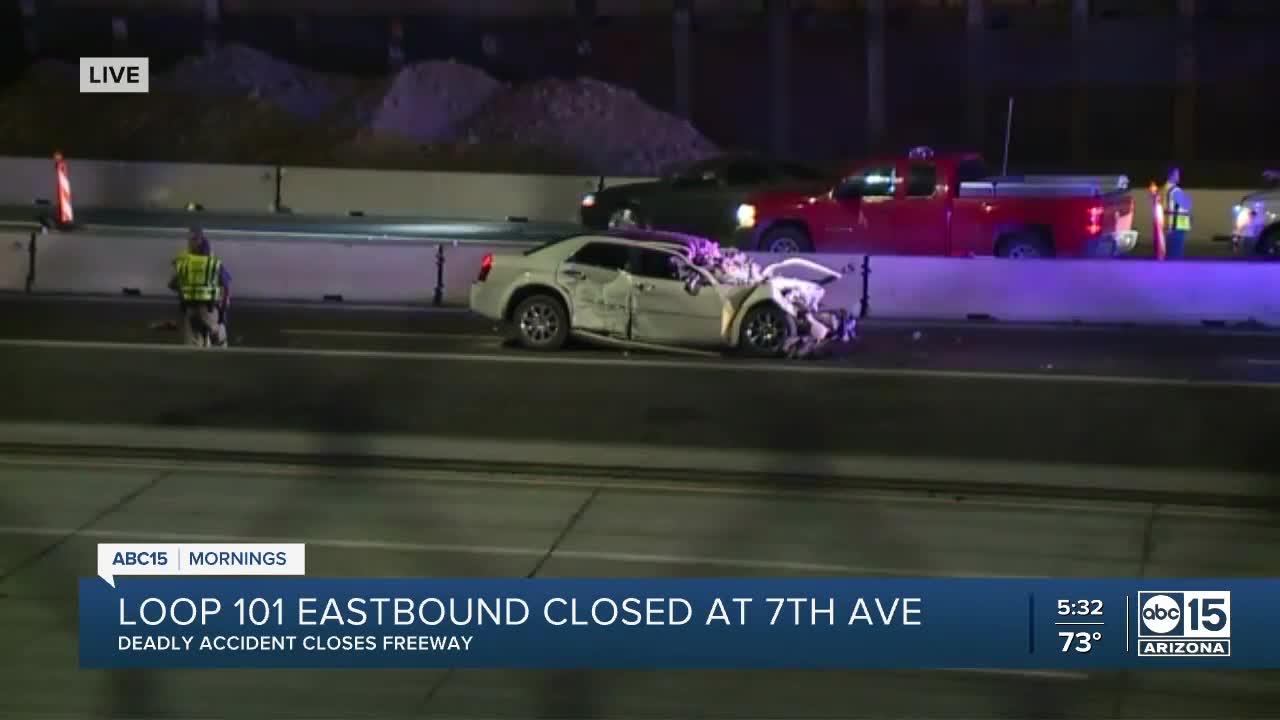 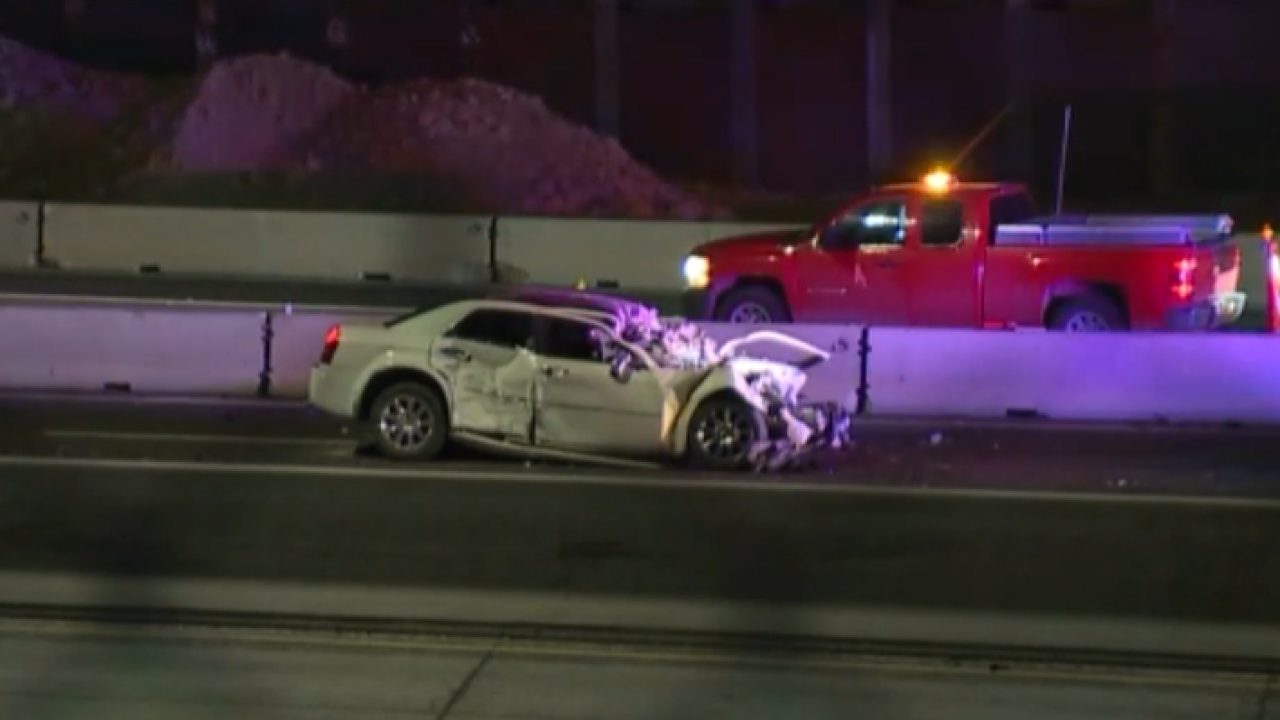 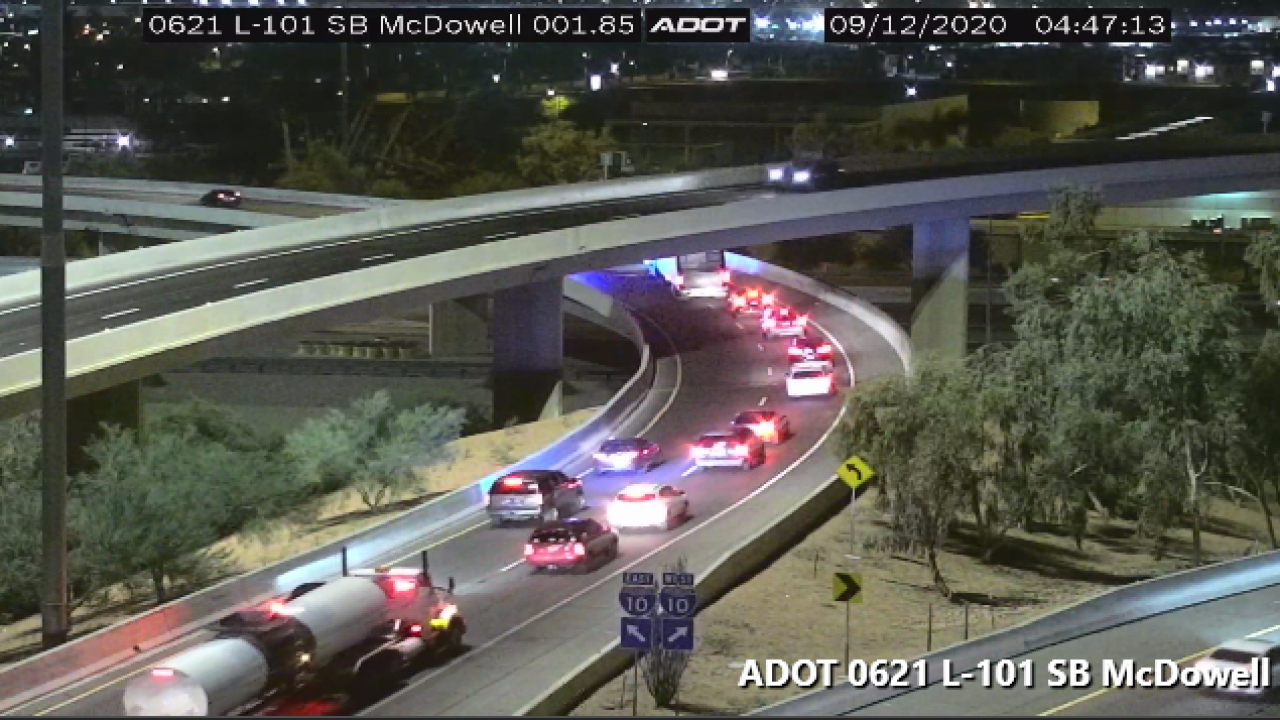 PHOENIX — A deadly crash is under investigation in the north Valley on Loop 101 eastbound near 7th Avenue.

Troopers were called to the scene around 4:30 a.m. Saturday for a crash between a commercial vehicle and a passenger car, according to the Department of Public Safety.

All eastbound traffic was diverted off the freeway during the investigation.

CLOSED: L-101 EB is closed at 7th Avenue due to a crash. Motorists are able to get back on the freeway using the 7th Avenue on-ramp. #phxtraffic pic.twitter.com/67pbJDlGQi

Details on the person(s) killed in the crash or the cause have not been released.