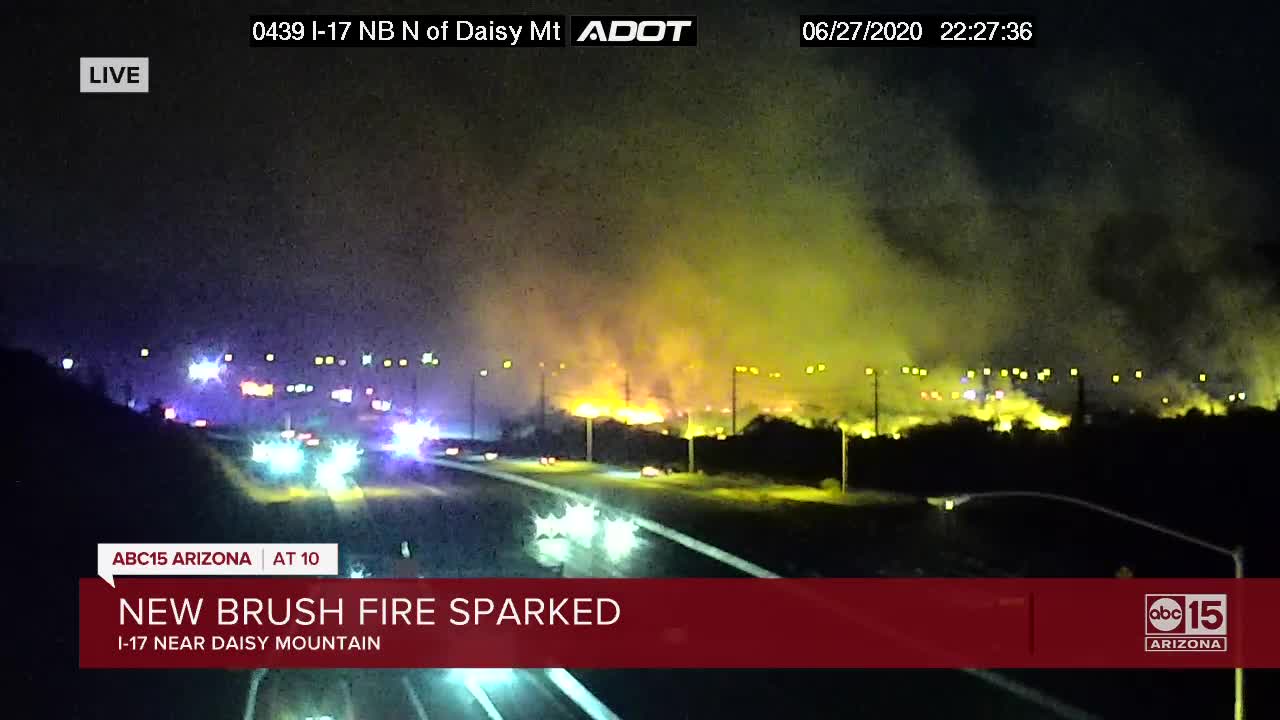 Fire crews are working to contain a brush fire that sparked in the north Valley Saturday night. 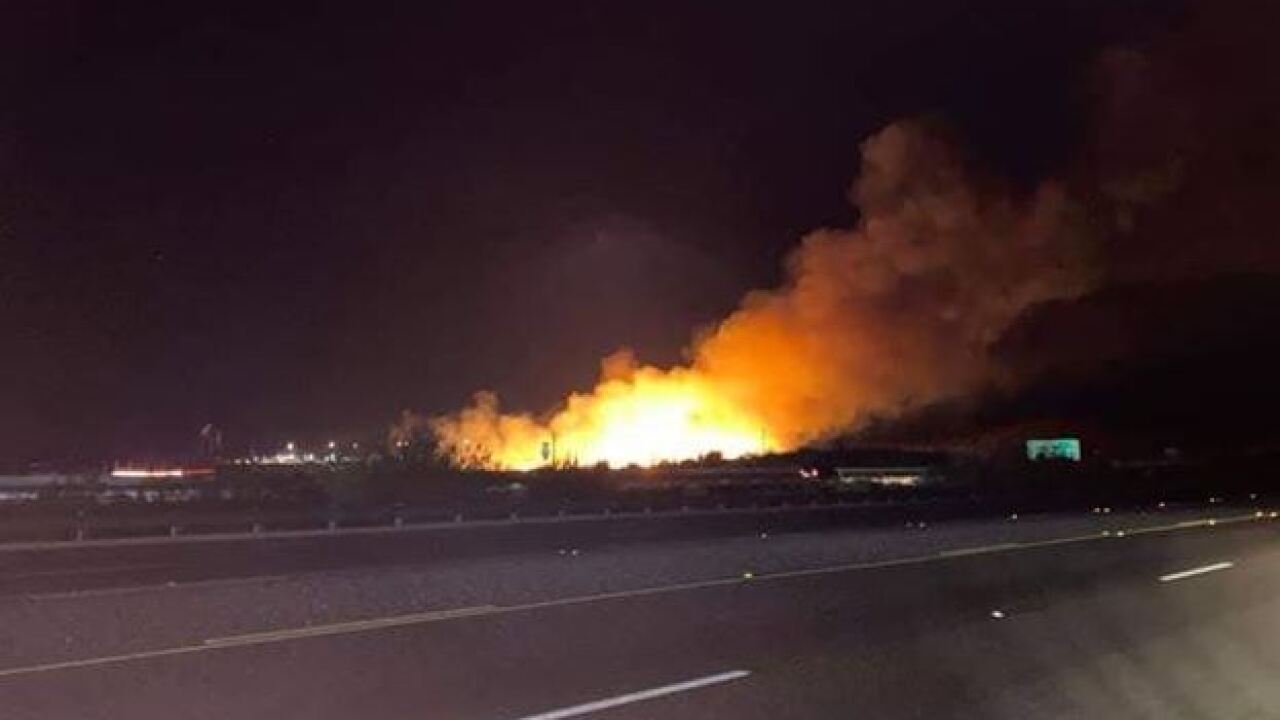 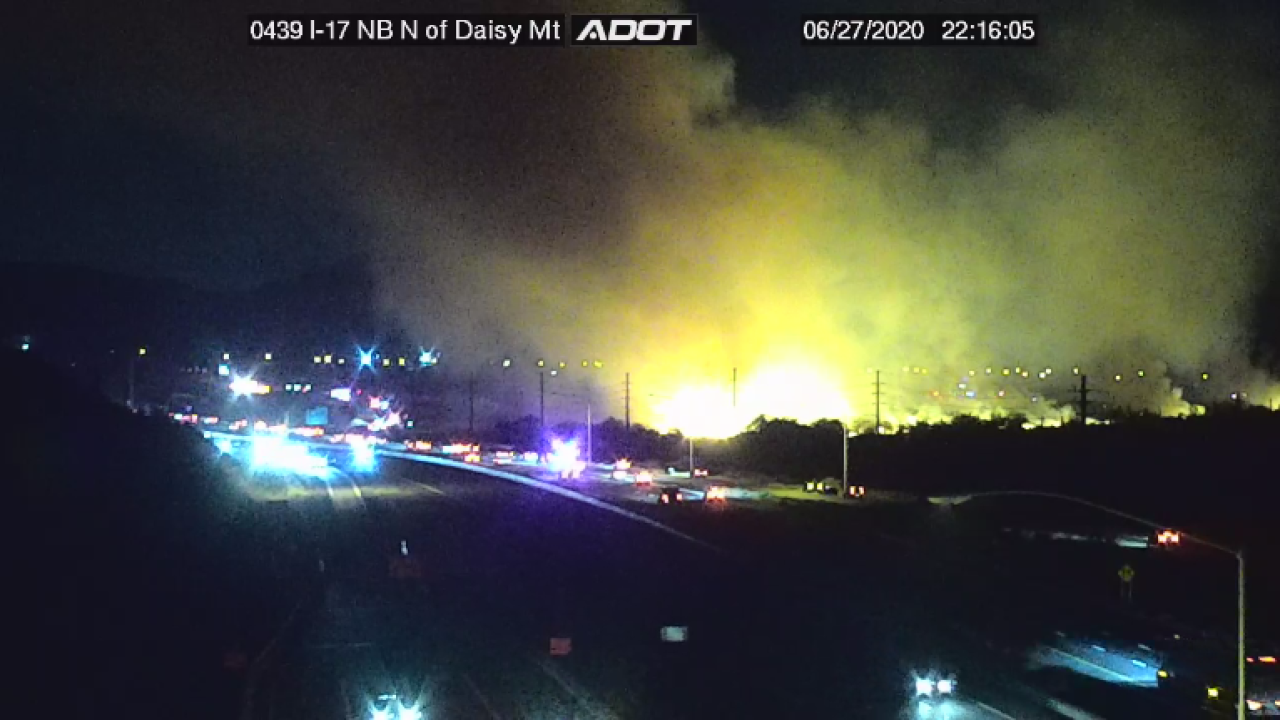 Fire crews worked Saturday night until Sunday morning to contain a brush fire that sparked in the north Valley.

According to the Arizona Department of Transportation, the fire near Interstate 17 and Daisy Mountain Drive was close to the highway and causing some visibility issues.

As of Sunday afternoon, Daisy Mountain Fire officials said the fire burned about 35 acres and was brought under control this morning.

The cause remains unknown. No injuries were reported and no structures were damaged.

@abc15 Fire is getting Bigger off the I17 North and Pioneer! pic.twitter.com/RDQicCbEFq