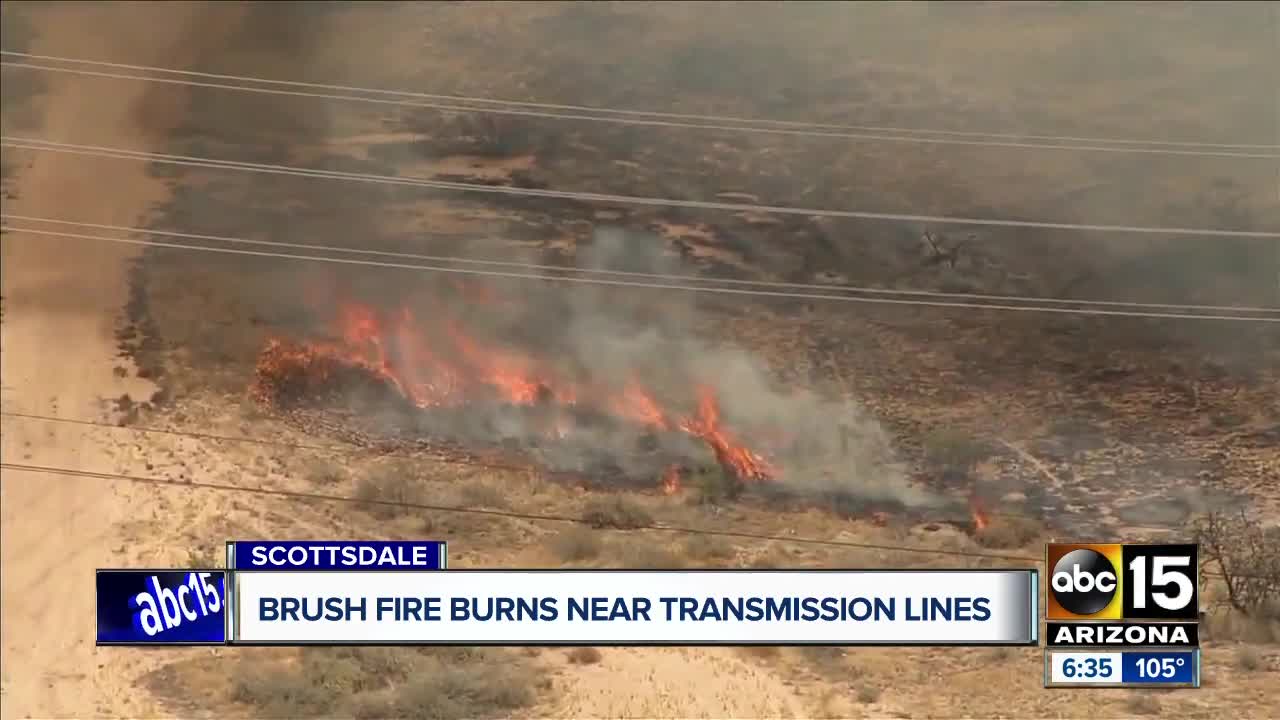 Forestry officials have named it the Appaloosa Fire. 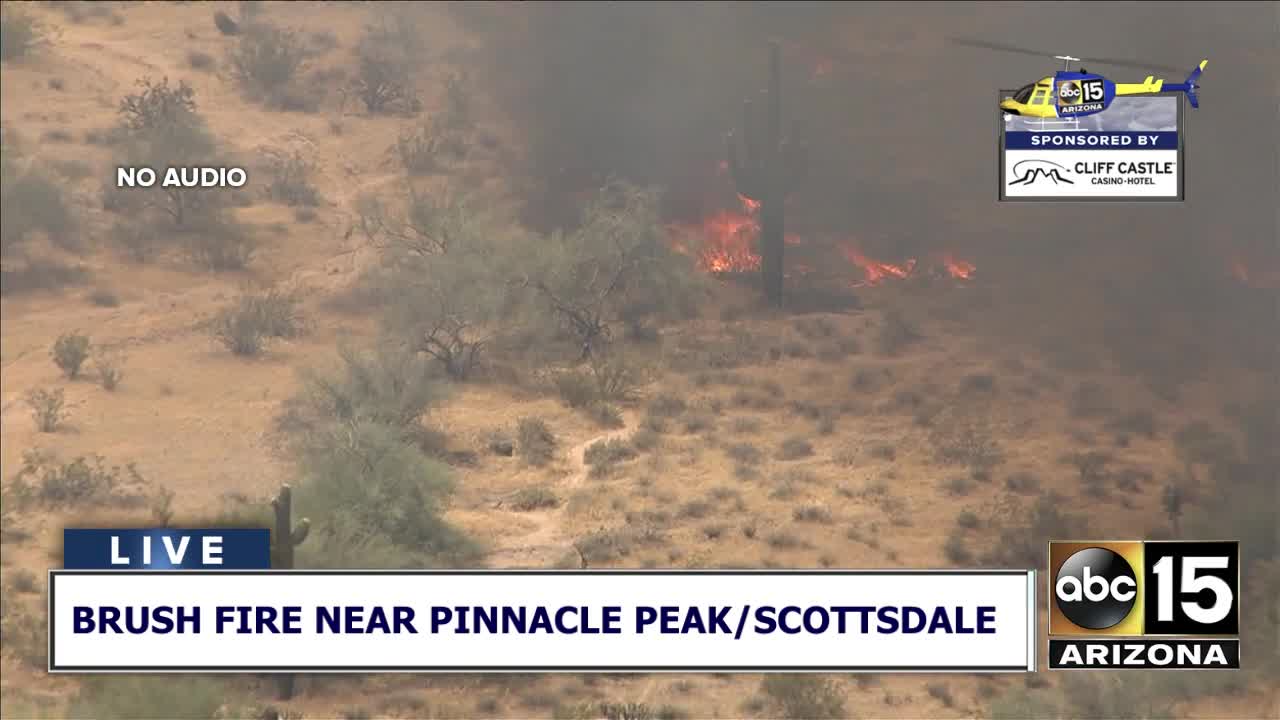 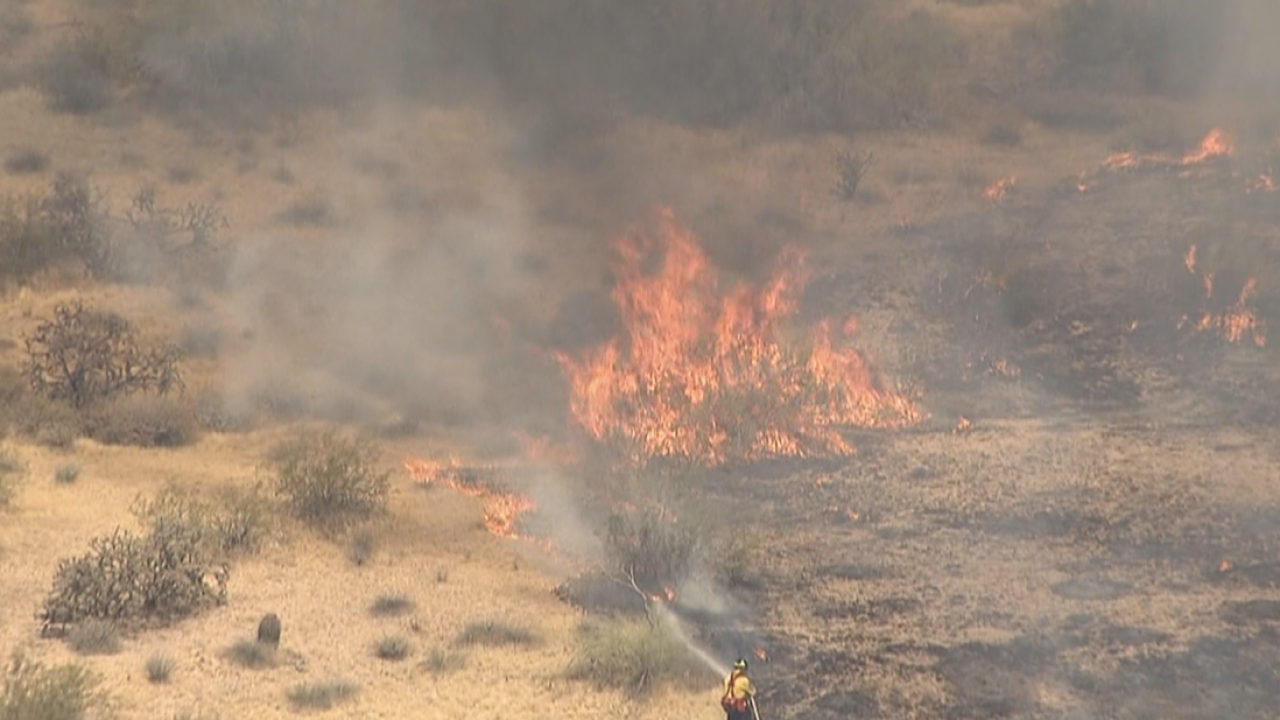 Fire crews are fighting a brush fire that broke out in the northern part of the Valley Tuesday morning.

Forestry officials have named it the Appaloosa Fire.

The fire has burned 187 acres near Scottsdale and Pinnacle Peak roads but officials say the fire has since been contained.

The fire was not threatening any structures or homes, but video from the scene showed flames near power lines and towers.

Pinnacle Peak Road has been closed in both directions from Scottsdale Road to 56th St. The cause of the fire is still under investigation and no injuries were reported.

Fire is near transmission lines & is moving toward #APS substation. A spokeswoman says smoke is not thick enough where they’d have to turn off power. Fire mitigation specialist is on scene monitoring. #ABC15 https://t.co/RApYCfcg4N