VIDEO: Small plane crash lands on north Phoenix street with two on board 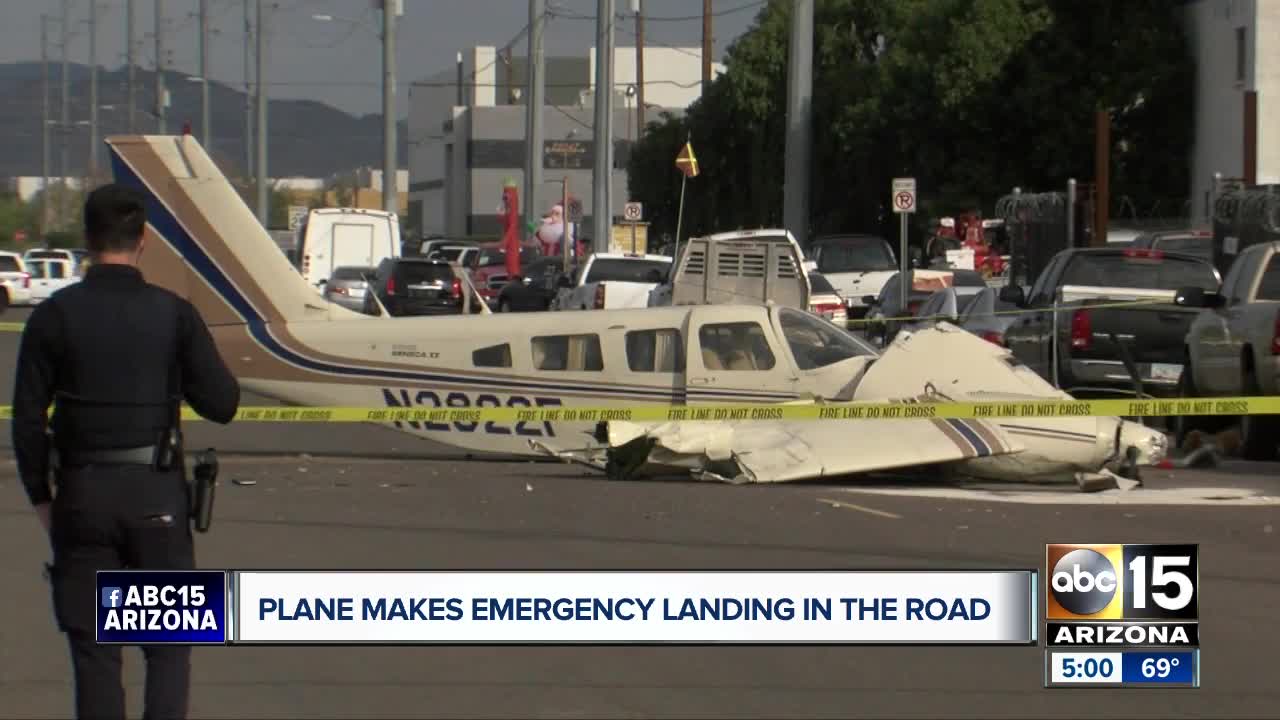 Phoenix Fire Department officials say one pilot and one passenger were on the plane at the time. 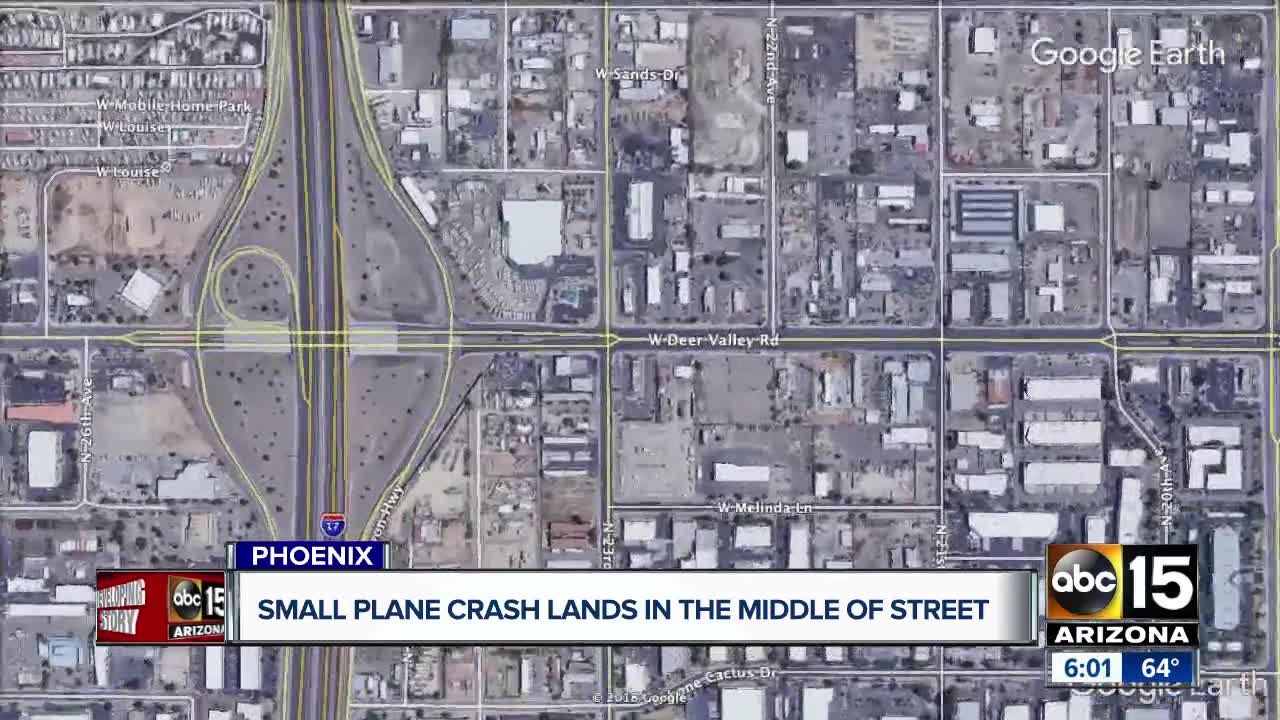 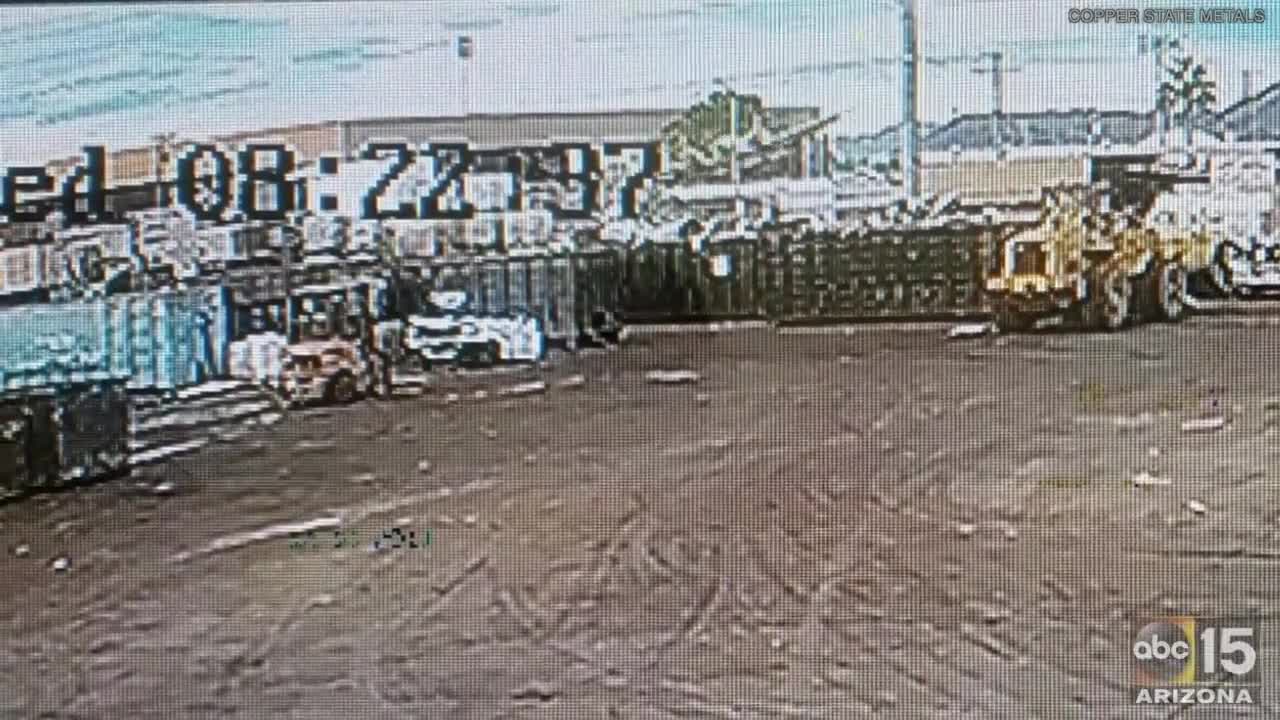 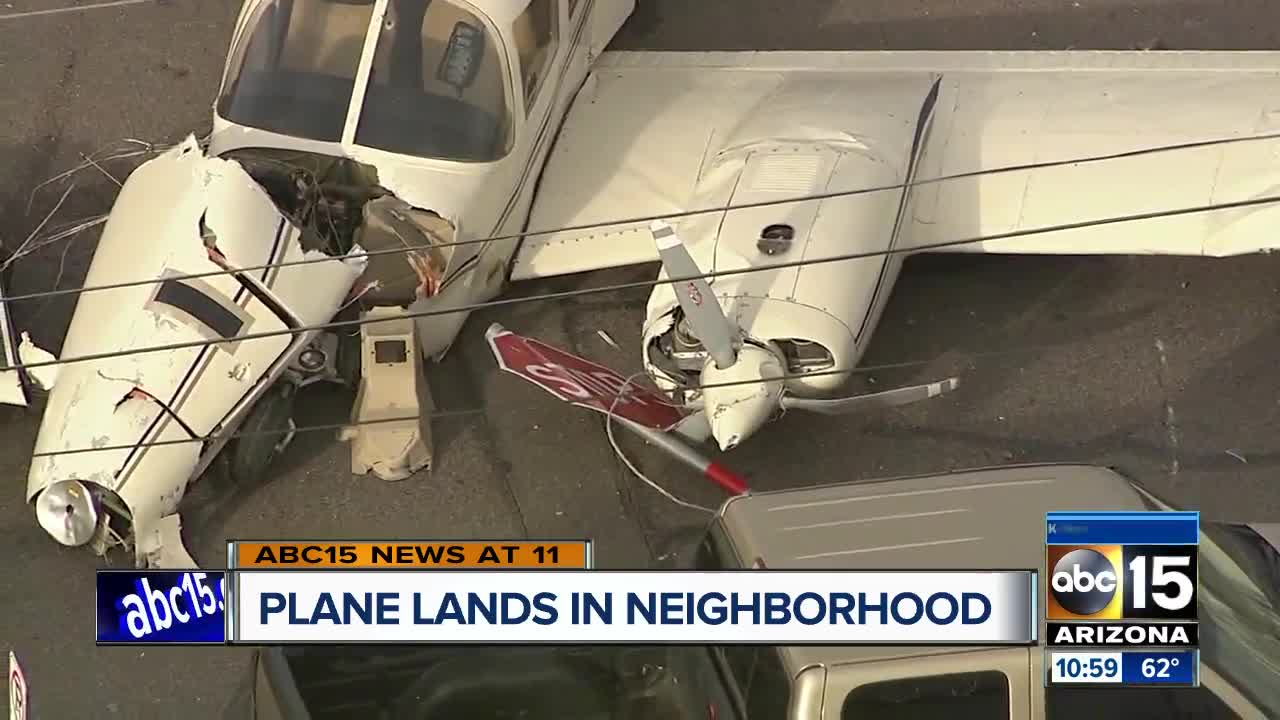 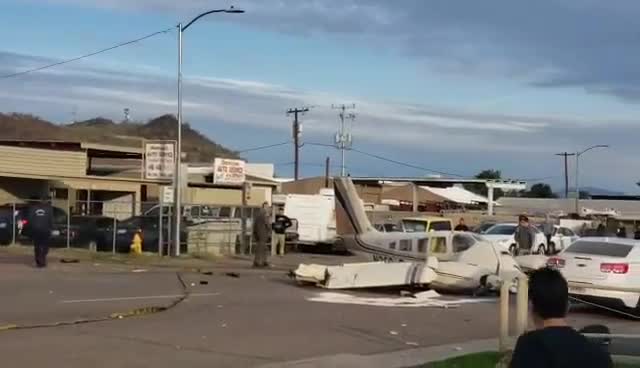 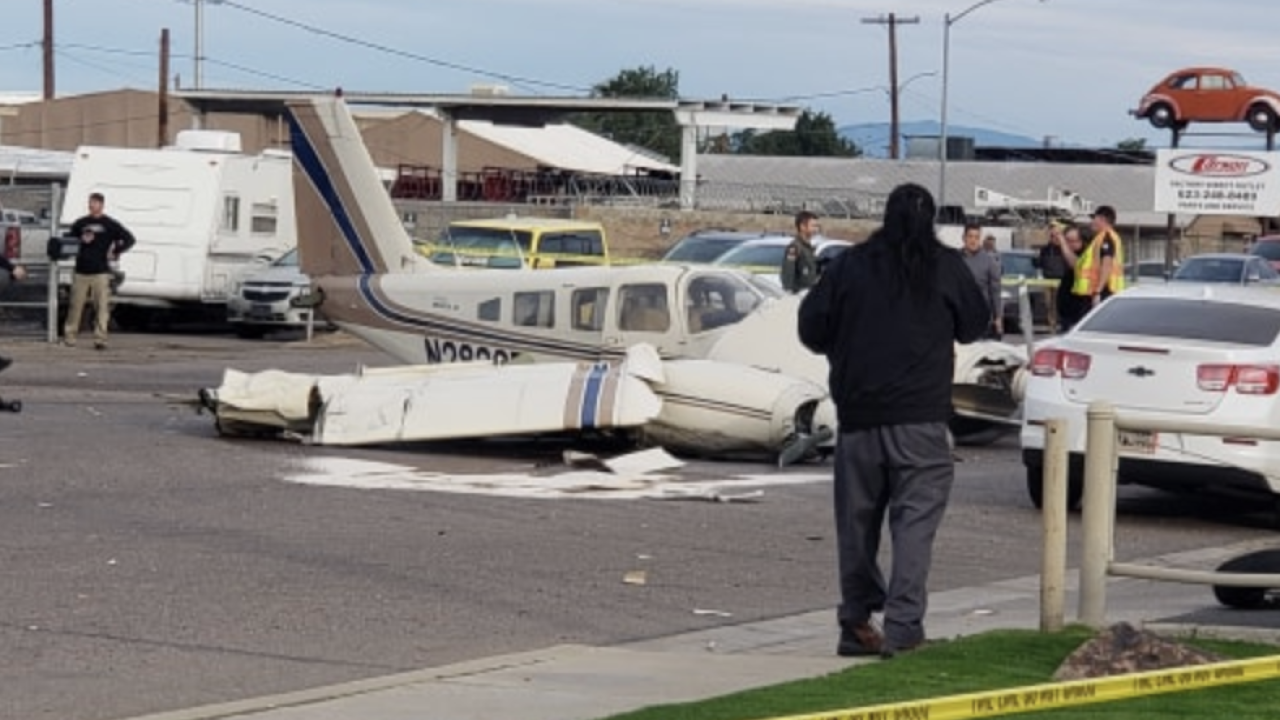 PHOENIX, AZ — Officials are investigating after a small plane landed on a street in the north Valley Wednesday morning.

Emergency crews were called to the area near Interstate 17 and Deer Valley Road around 8:15 a.m.

Surveillance video from Copper State Metals, a nearby business, shows the plane descending into the neighborhood before skidding onto the asphalt, damaging a few vehicles, taking out a street sign and apparently causing a power pole to spark.

The aircraft had wing damage after it came to rest in the middle of the street near 23rd Avenue and Luis Drive.

Phoenix Fire Department officials say one pilot and one passenger were on the plane at the time. One of the occupants was taken to the hospital for evaluation, but no serious injuries were reported.

At the scene of the incident, the pilot was thankful for his life, telling ABC15 reporter John Genovese, "I'm just glad to be alive."

Pilot tells me “I’m just glad to be alive.” He didn’t want to say anything else at the moment. @abc15

Details on what led to the incident have not yet been provided, but the FAA and NTSB are investigating.

Stay with ABC15 for updates on this developing story