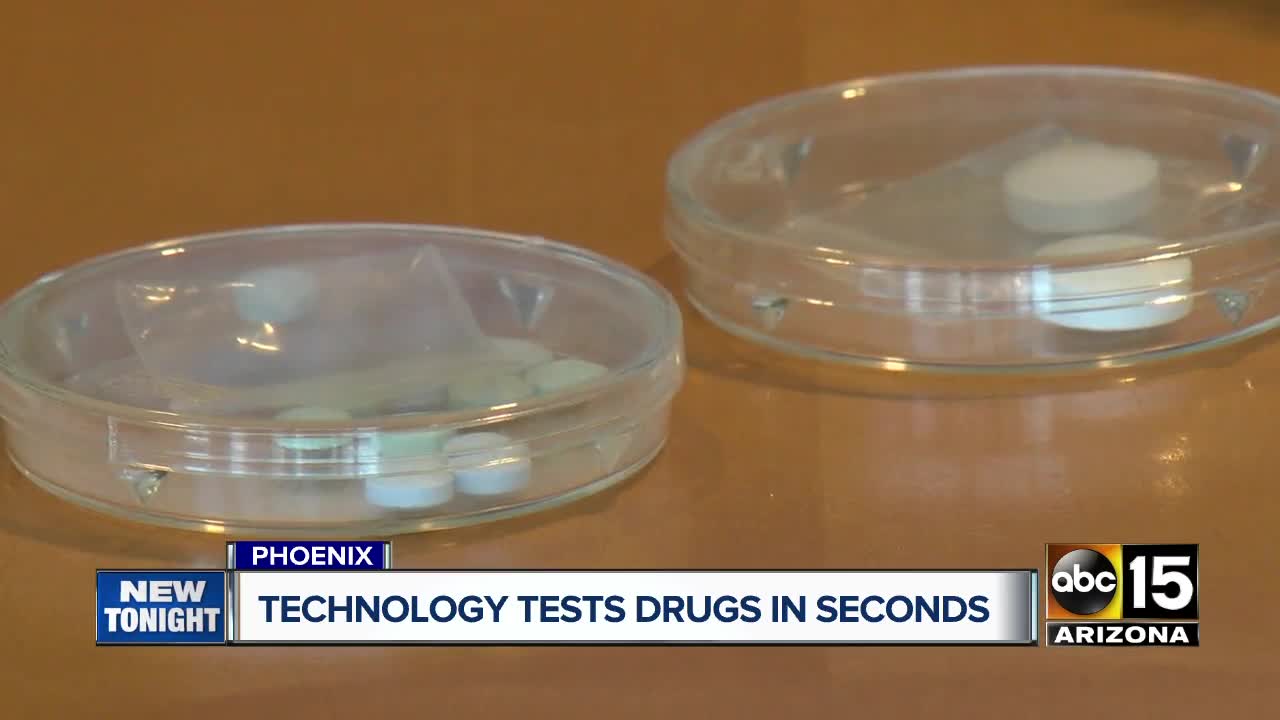 It is a new drug-recognition technology that is saving lives, taxpayer dollars, and making Phoenix police and prosecutors more efficient.

PHOENIX — It is a new drug-recognition technology that is saving lives, taxpayer dollars, and making Phoenix police and prosecutors more efficient.

The device is called a TruNarc Handheld Narcotics Analyzer, and this week Phoenix City Council approved a roughly $533,000 contract with the manufacturer Thermo Scientific.

The small instrument looks less advanced than an iPad, but it costs roughly $25,000. Phoenix police say the price is worth it because they estimate each device saves them $22,000 in a single month.

TruNarc uses laser technology to test drug molecules. Each device can identify more than 400 compounds, but police only use it to recognize 22 illegal street drugs, ranging from meth to cocaine (powder and crack), to opioids like fentanyl and oxycodone.

In the past, after any drug bust or seizure of a suspect, officers would drive the narcotics to the crime lab.

"That analysis takes several days. A field test with a TruNarc takes a couple of minutes," said Nancy Crump, a forensic scientist with the Phoenix Police Department.

The laser tests the pill or powder molecules in seconds and can penetrate plastic packaging or glass.

"[Officers can] test it without having to manipulate it or risk exposing himself," said Crump.

The lack of physical handling is crucial for officer safety, during a time where fentanyl, a lethal opioid, is becoming a daily seizure for officers.

"It's better for officer safety from that standpoint," said Roger Schneider, a supervisor at the forensic science lab.

Every month Phoenix officers confirm 800 drugs using ten TruNarcs at different precincts. There are two at the main crime lab. Officials say it frees up their technicians to test other things, and it also helps officers file more accurate reports that lead to quicker charges and prosecution.

"It increases the efficiency that these cases are moving through the entire process," said Crump.

"This program is invaluable to us," said Schneider.

"It's the difference between writing a letter and sending an email. It's technology," said Crump.

The $500,000 that the city council approved will go towards maintaining the current TruNarc devices and program. The crime lab also says they will also buy three more devices this year. One of them will be stationed at the airport.