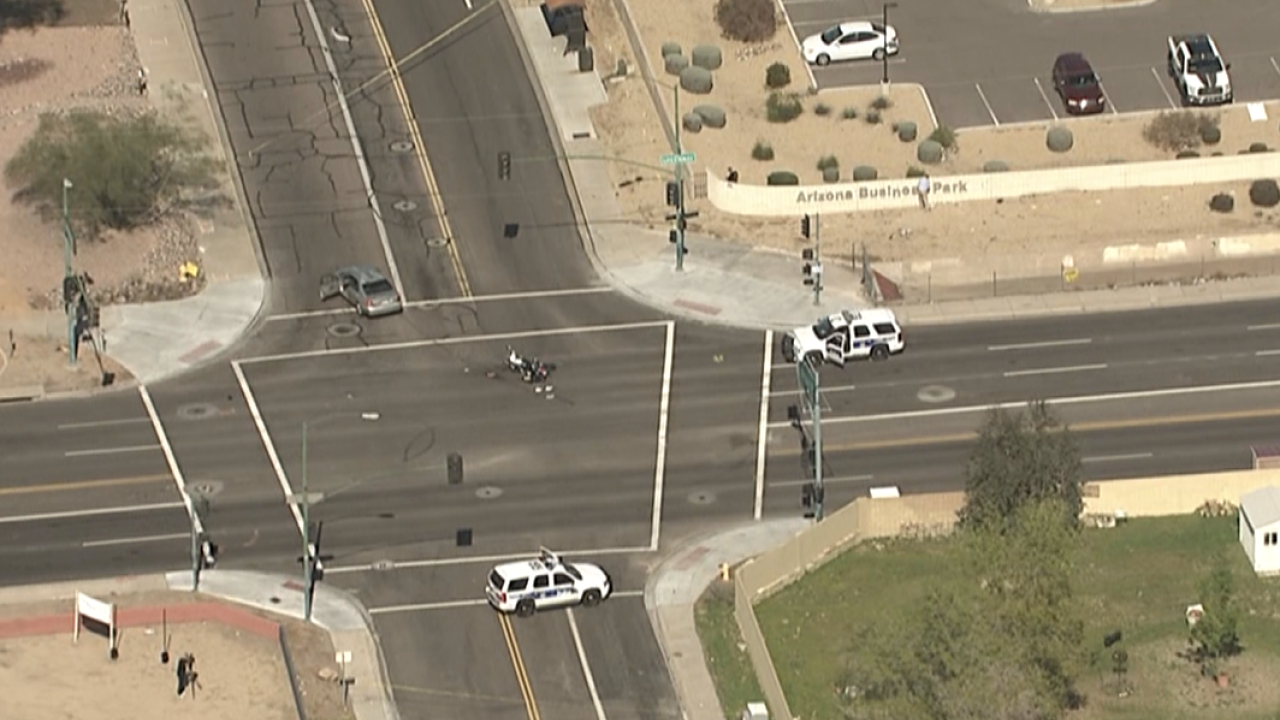 PHOENIX — A motorcyclist has died after being hit by a car near 29th Avenue and Greenway Road Thursday.

Police say the motorcyclist, Steven Charles Denton, 68, ran a red light at approximately 11:27 a.m. and was hit by a 25-year-old woman driving a Toyota Camry.

The woman and her 19-year-old passenger did not sustain any injuries in the crash, according to Phoenix police.

Denton was then transported to the hospital, where he was pronounced dead.

The driver and passenger remained on scene and officers say impairment is not considered a factor.

Police also say Denton was wearing a helmet at the time of the crash.