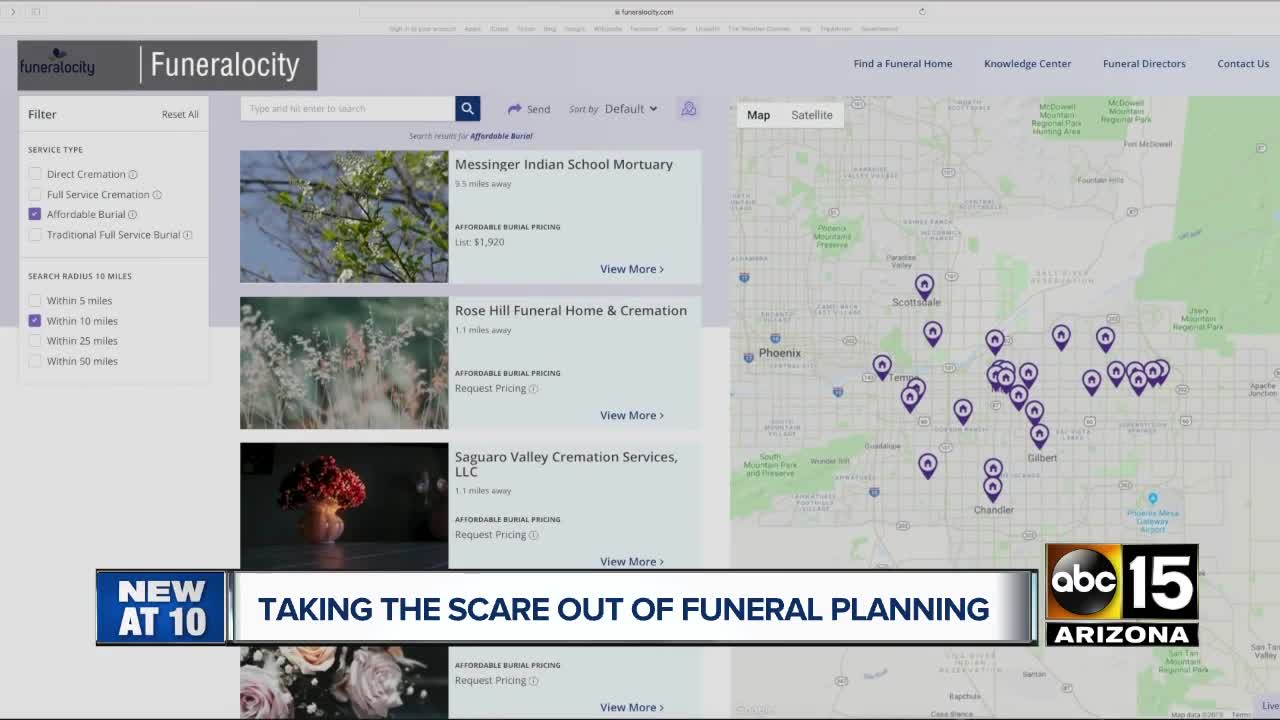 It's certainly not the most comfortable thing to talk about, but research shows, you'll probably end up planning one to two funerals in your lifetime. 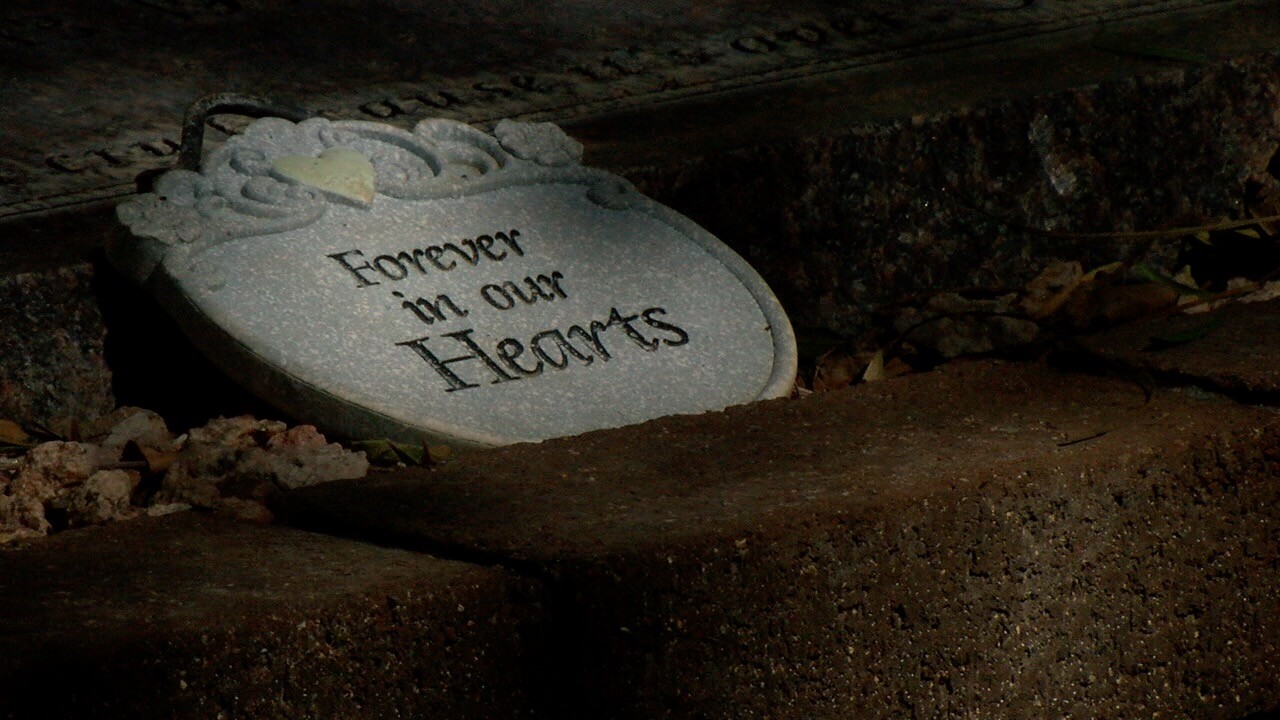 PHOENIX — It's certainly not the most comfortable thing to talk about, but research shows, you'll probably end up planning one to two funerals in your lifetime.

A sad time, full of emotions, but with many choices that still have to be made. A new price comparison website called Funeralocity, promises to take some of the difficulty away. But is it the best option for planning someone's final trip?

"It's the last thing people want to do is walk into a mortuary to make funeral arrangements...they're scared," Brad Hansen, President of Hansen Mortuaries and Cemetery in Phoenix, says.

Especially if a death occurs suddenly, funeral professionals say mourners are scared and filled with emotion, so they'll try to do things as quickly and with as little pain as possible.

Entrepreneur and consumer advocate, Ed Michael Reggie, set his sites on the funeral industry and found that "86 percent of all people who call a funeral home, only call one."

The funeral experience, he found, can leave many mourners with a pain in their heart and their pocketbook.

He's lifting the lid on the funeral business by starting a website called: Funeralocity. Launched in April 2019, it won't replace the local funeral home, but it may give the bereaved a place where they can find a little more peace when it comes to planning and price.

"Some funeral homes charge one price, then there's one that's comparable in service and quality--and charges 30 percent to 40 percent more...the range is tremendous," Reggie says.

A claim Reggie says is based on two years of data gathering and updated regularly on 15,000 of the 19,000 funeral homes and mortuaries across the country.

The site allows users to quickly scan through generous lists of providers and maps and gives a snapshot of possible expenses.

"We are trying to give, at first blush, critical profile information," Reggie said during a recent Skype interview from his base in Atlanta. "That at least gives you the lay of the land."

An unfamiliar landscape, in the end, this is beautiful, for some blessed, and hopefully memorable. But unfortunately, the shock of loss might also come with its case of sticker shock.

" The average funeral in the United States is about $7500," a Phoenix-area funeral consultant, Dan Isard says. Isards has done the math for mourners and funeral professionals alike.

Each "decision" usually carries a fee or charge, so shoppers are encouraged to shop, compare, and, if possible -- pre-plan.

But what about the online pricing users will find when they surf the Funeralocity website?

"I would certainly say go ahead and refer to it," Hansen said. "Get some information from them."

But he says we shouldn't stop there. His family has been helping grieving families for 70 years in the Valley. So his advice, try to do a little more research when the time comes.

"Call the funeral home, call them and talk to them," Hansen says. "Find out, are those prices current? Are there any additional charges, but also, what resources they have?"

"Our job," he says, "our job is to help families begin to heal."

Talk to funeral professionals, but also talk to your loved ones, Hansen says.

An estimated 35 percent to 40 percent of people over the age of 70 have already made some pre-arrangements. Financial planners say that adds up to about $60 billion across the country.