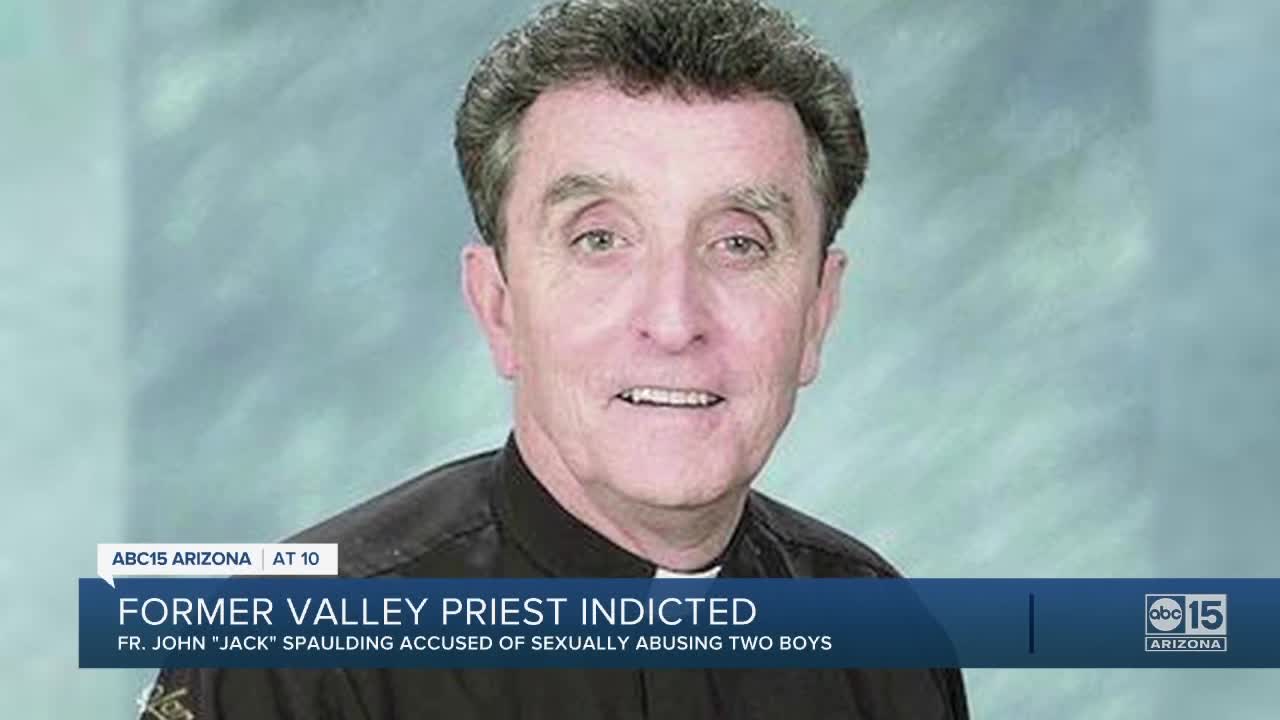 A former Valley priest has been indicted on charges including sexual conduct with a minor.

PHOENIX — A former Valley priest has been indicted on charges including sexual conduct with a minor.

This week, a Maricopa County Grand Jury charged Father John "Jack" Dallas Spaulding, 74, with six counts of sexual misconduct with a minor and one count of molestation of a child. He is accused of sexually abusing two boys, who were under the age of 15, between the years of 2003 and 2007.

During that timespan, Spaulding was a Priest at St. Gabriel's Catholic Church in Phoenix and St. Timothy's in Mesa.

Back in 2011, Spaulding was suspended after allegations of sexual misconduct with a minor were deemed credible, according to the Diocese of Phoenix.

According to the Diocese of Phoenix, Spaulding was removed from ministry and has been prohibited from publicly identifying himself as a priest.

As for this week's indictment, the Diocese of Phoenix released the following statement:

"The Diocese received a report in June 2019 from an adult male who alleged that Spaulding sexually abused him as a minor. The Diocese contacted law enforcement officials regarding the allegation and encouraged the family to contact law enforcement to make a formal report."

Since making the report, the Diocese has cooperated with the law enforcement investigation. In order to avoid any possible interference with the ongoing legal process, we are unable to comment further.