FD: Man ejected from vehicle in rollover crash on Interstate 10 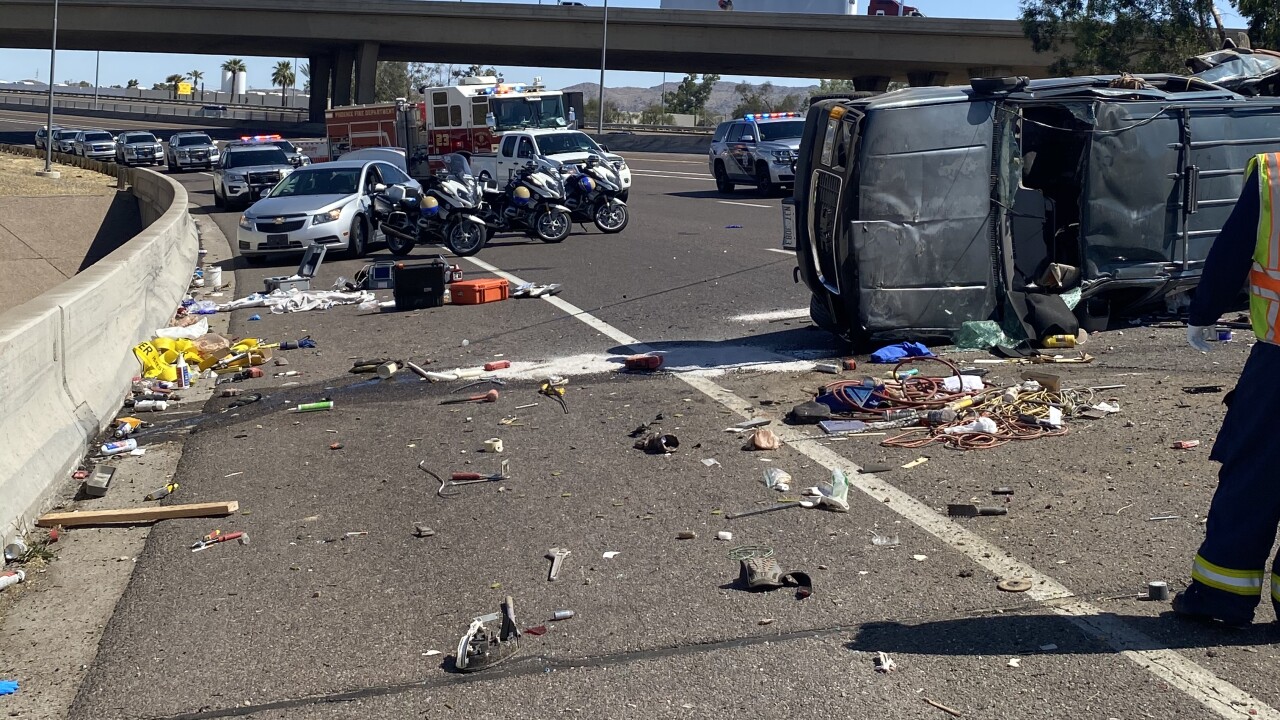 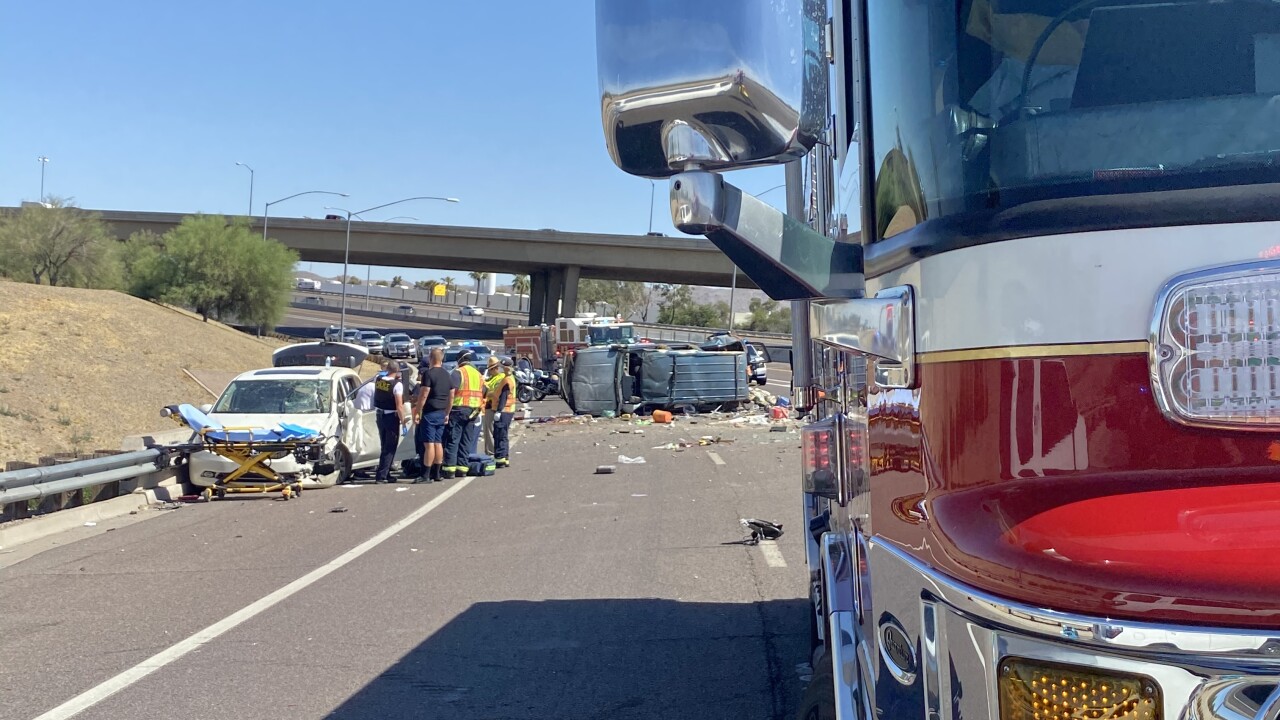 PHOENIX — A man was taken to the hospital in critical condition after he was ejected from a vehicle on Friday afternoon near Interstate 10 and the Interstate 17 split, according to authorities.

A woman and a child were treated at the scene after reportedly being trapped inside their vehicle, according to officials. However, they declined to be transported to the hospital.

The westbound lanes of Interstate 10 are closed. There is no estimated time for when those lanes will reopen.

UPDATE: I-10 WB is now CLOSED at the I-17 Split due to a crash. All traffic is being diverted onto I-17 NB at the Split. There is no estimated time to reopen the highway. #phxtraffic pic.twitter.com/GLA3tNrm2u