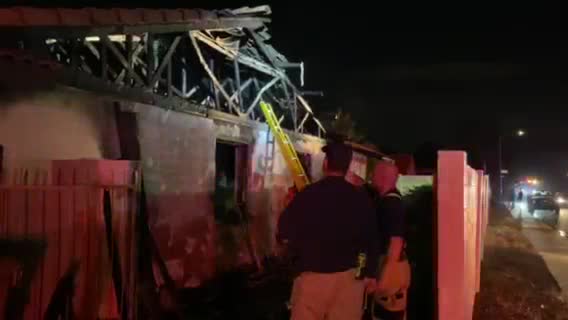 Firefighter injured after beam falls on him in fire near 7th Street and Greenway Road Saturday.

PHOENIX — A firefighter has been injured following a fire near 7th Street and Greenway Parkway, officials say.

Phoenix Fire Department says when they arrived to the scene of the fire, they found heavy smoke and fire coming from the attic of a home.

During the attack a part of the ceiling caved in, causing a firefighter to be struck by a beam. He was then brought out of the home and was treated and transported to a nearby hospital.

The firefighter is currently in stable condition and is alert and speaking with doctors.

Officials say the homeowners were not home at the time of the fire and the cause of the fire is currently unknown.