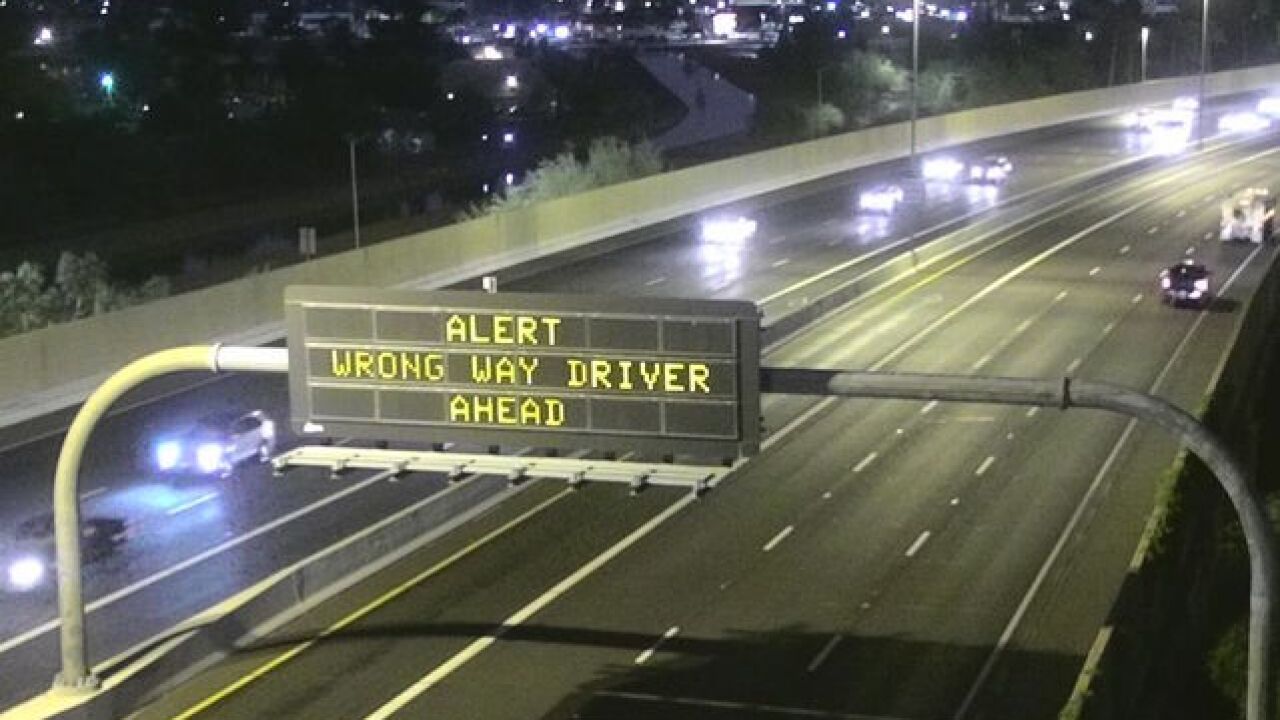 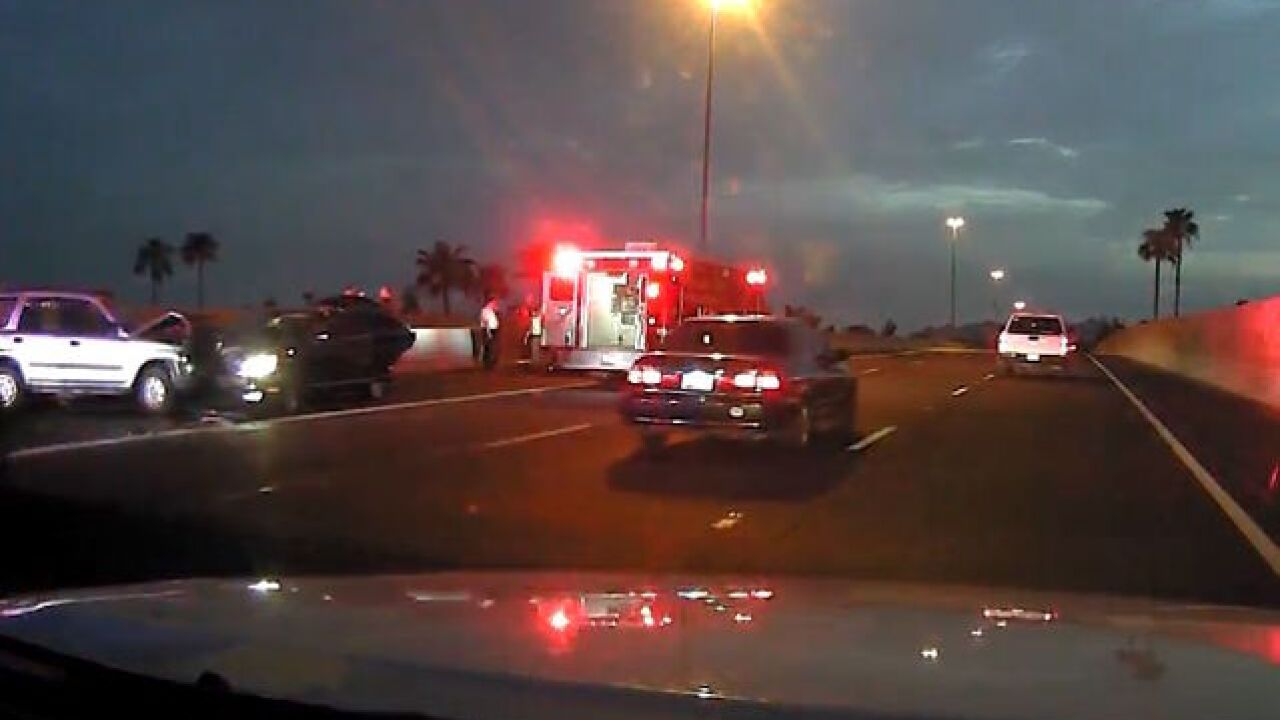 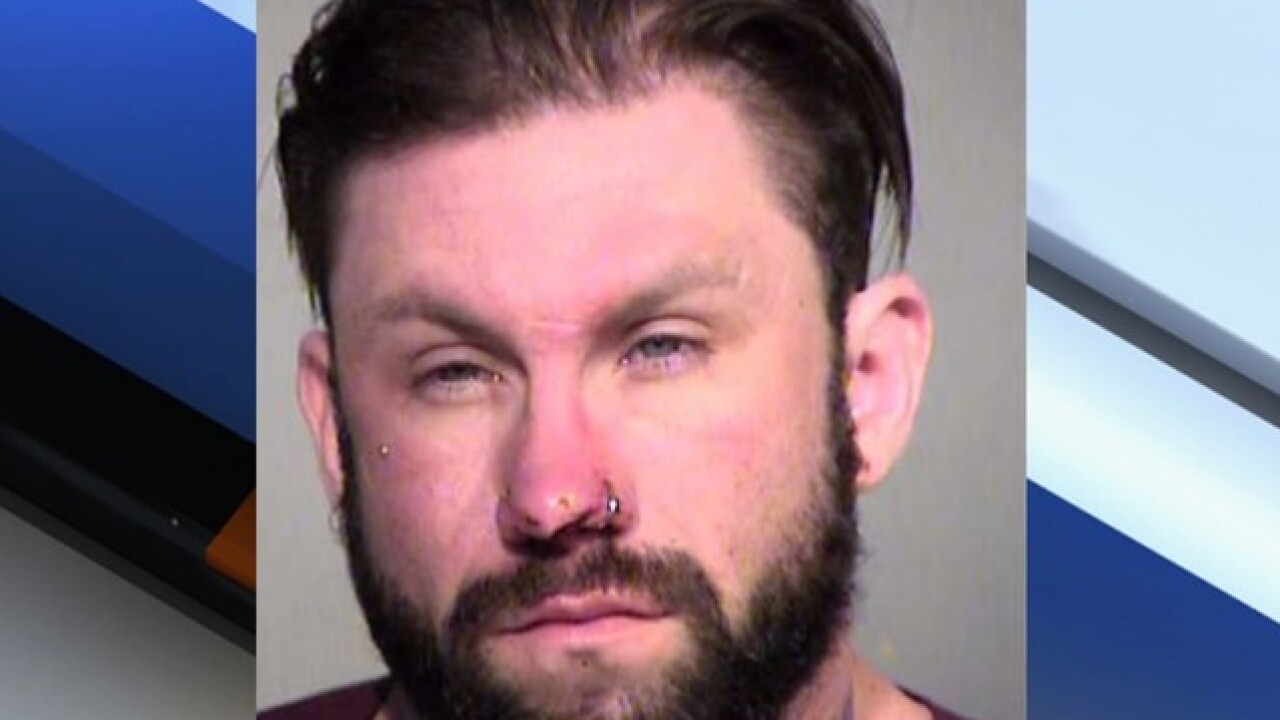 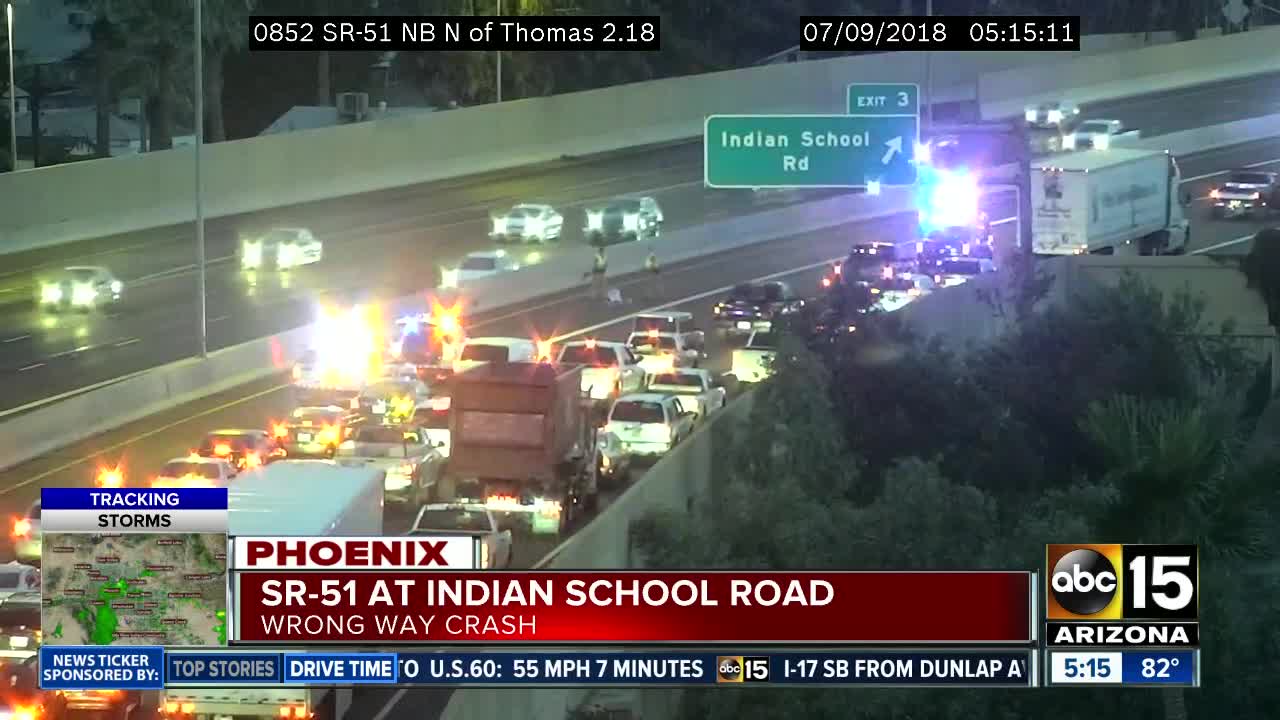 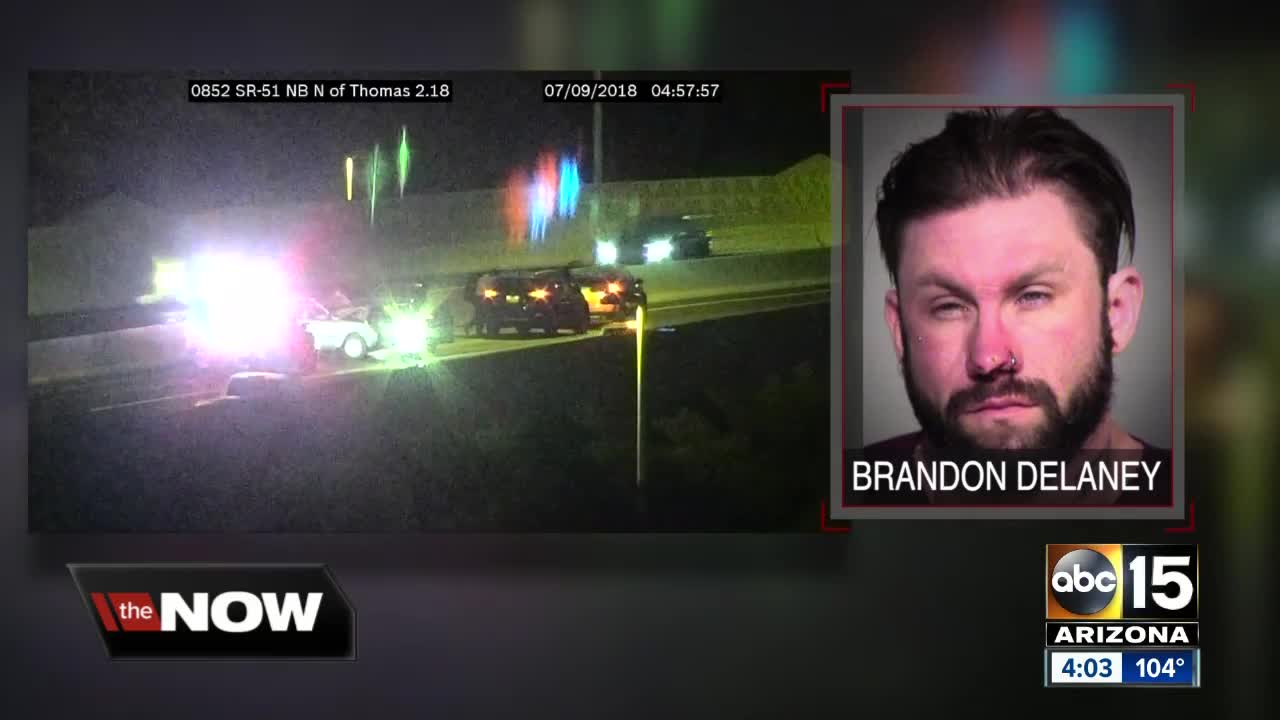 An extreme DUI suspect is accused of causing a wrong-way crash that shut down two lanes of State Route 51 ahead of the Monday morning commute.

Arizona Department of Public Safety officials said troopers responded to the scene on SR-51 near Thomas Road around 4:45 a.m. after reports that a driver was traveling southbound in the northbound lanes.

According to DPS, 31-year-old Brandon Scott Delaney was driving the wrong direction in his Mercedes sedan when he struck a Honda CRV. The victim, a woman in her fifties, suffered minor injuries and did not have to be taken to the hospital.

DPS said Delaney's blood-alcohol level was .297, nearly fives times the legal limit. He was taken to the hospital with minor injuries and has been charged with two counts of endangerment.

The wreck prompted the closure of the HOV and number one lanes as crews worked to clear the scene. The lanes were reopened around 6:30 a.m.