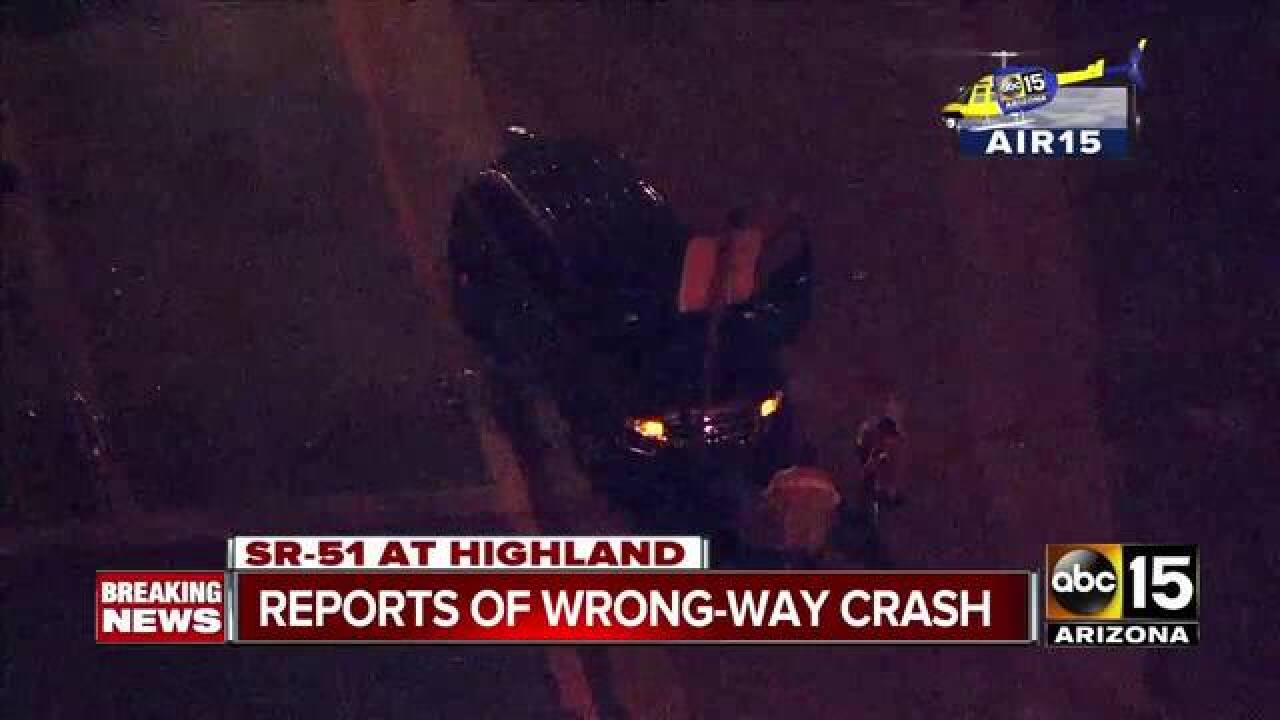 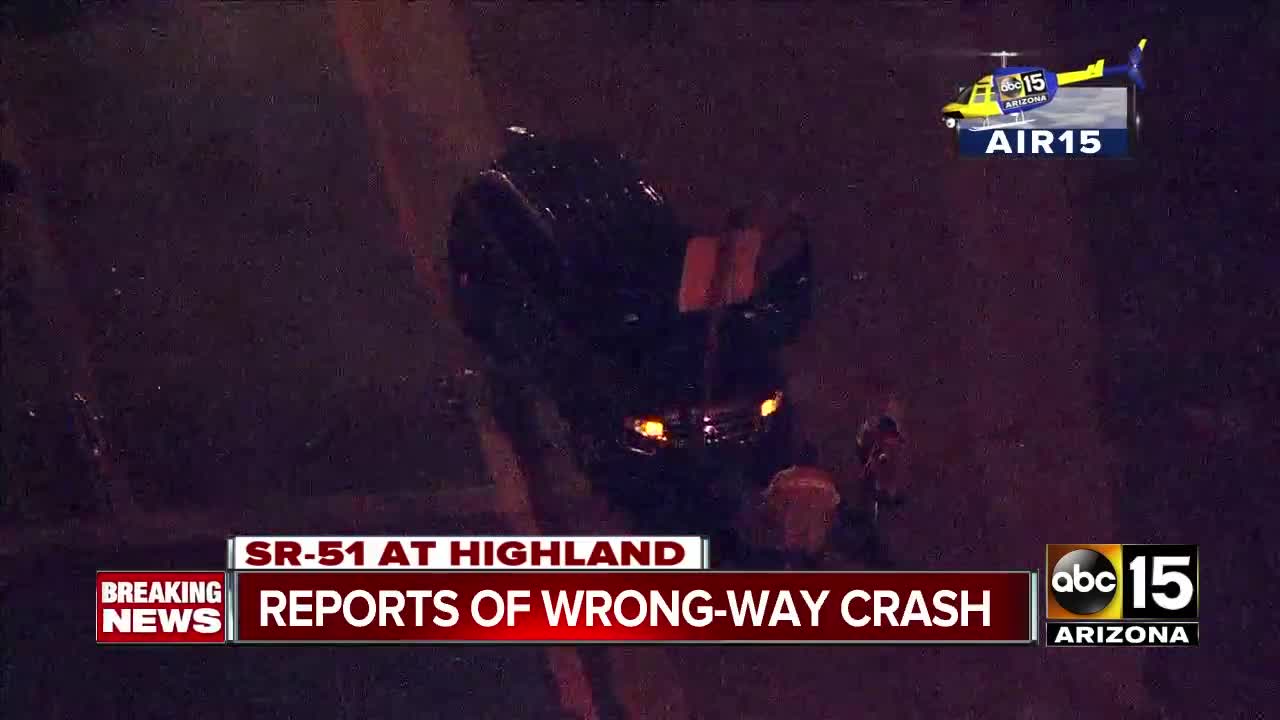 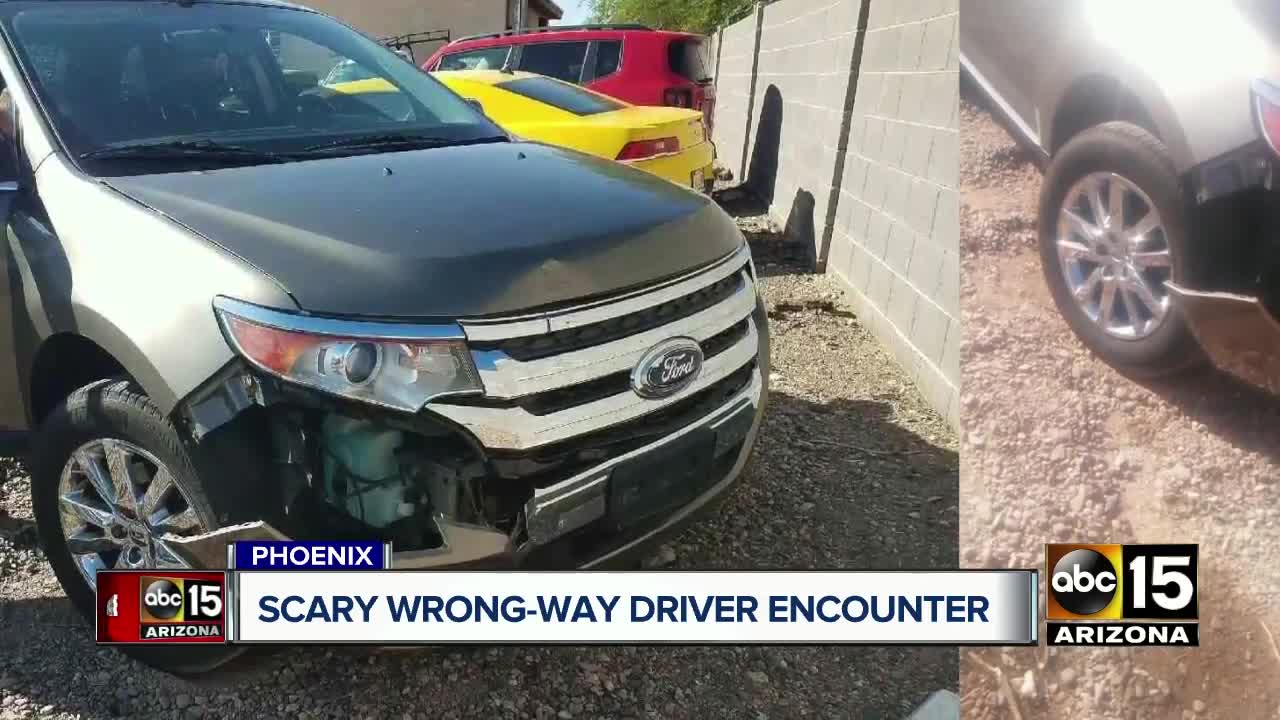 A wrong-way driver has not been located after they caused two vehicles to wreck in Phoenix on Monday evening.

According to the Arizona Department of Public Safety, just after 8 p.m., troopers responded to the area of State Route 51 and Highland Avenue for a report of a wrong-way driver.

The driver was reportedly traveling northbound in the southbound lanes.

Officials say the driver exited SR-51 at the Highland on-ramp.

Two vehicles on the ramp collided in an attempt to avoid crashing into the wrong-way vehicle.

One person suffered minor injuries in the collision.

Cody Seelye tells ABC15 he was in one of the cars involved in the crash.

“I could have not been here, my mom is a recovering cancer patient, she could’ve been without a caretaker,” Seelye said.

He says the event has taken a toll on his livelihood.

“I’m a new massage therapist, just got my license so the worst thing is I have, it’s not broken but I have a severely sprained wrist and thumb which I use for the majority of my work,” Seelye said.

The car he uses for his mobile massage service is totaled following the crash.

“It's surreal because one minute everything is just your normal every day trip, in the next second there’s something that totally doesn’t register to your brain because this isn’t supposed to happen,” Seelye said.

A GoFundMe has since been set up for Seelye's totaled vehicle and medical bills.